The View, ‘Cheeky For A Reason’ Album Review 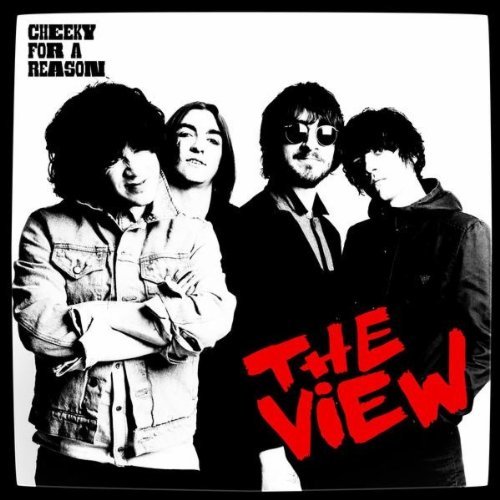 I’m going to begin this review with some (negative) extracts from some reviews that I’ve read of the latest View album:

NO NO NO. Did they even listen to this album?! This is a worrying trend that I’ve noticed recently; ‘professional’ writers that seem to enjoy nothing more than denouncing bloody good efforts from British bands that not so long ago they were dishing out 9s and 10s to. Oh I get it, it’s simply not cool anymore to give good reviews to British guitar bands. Instead you should worship the Biebers and the One Directions of this world.

I digress; this album is BRILLIANT. The View have only matured and improved from their debut days of not removing jeans for four days and being ugly trainspotting-obsessed scroungers with faces only good or the radio. At times the results have been somewhat mixed (Bread and Circuses), and sometimes incoherent (Which Bitch?). But one thing you cannot deny is the sheer talent and relentless passion that the Dundee 4-piece possess.

The View have always possessed a war chest of infectious, if somewhat conventional, melodies, and the full range is out in force in ‘Cheeky for a Reason’. As noted in my previous review of the single ‘How Long’, the band themselves described the album as Fleetwood Mac’s ‘Rumours’ done by The Clash. ‘How Long’ does fit that bill to some extent, but with regards to the rest of the album they have sold themselves short with that description; both Fleetwood Mac – a dad rock favourite – and The Clash – arguably the greatest punk rock band of all time – are impossibly legendary acts to be compared with, let alone combine on one album. However, what The View do have is a wonderfully unique sound that combines the best of the recent indie-rock acts with some real classic stuff, and at no point do they over do it.

‘AB (We Need Treatment)’ is a particular favourite of mine; its one of the best tracks they’ve written to date, and one of the catchiest songs you’ll hear in 2012. ‘Anfield Road’ is a throwback to mid 90s Brit-pop. On ‘Hole In The Bed’ bassist Kieran completes a familiar switcheroo ala-‘Skag Trendy’, sounding as cheeky as ever.

Criticism can be levelled at ‘Cheeky For A Reason’: at some points it does sound like inspiration is lacking beyond typical themes of love and sorrow, but in all honesty I think that might be looking for something that this album never claims to be. Unfortunately, it seems to me that The View (and other British guitar bands) are currently calling out to an unappreciative market that simply isn’t what it was, bursting on to a thriving scene at the right time but bringing their best form when over-saturation has trivialised and decimated indie-rock.

Don’t believe the snipe: The View are back, and on charming form.

(Stay tuned for my live review and hopefully interview with the band from Manchester, HMV Ritz, on monday!)