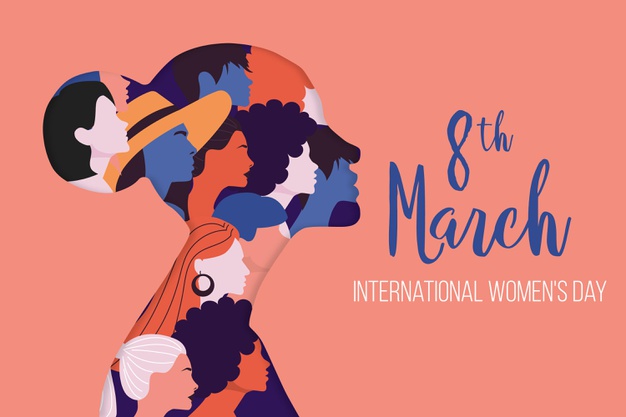 International Women’s Day, celebrated this year on Monday the 8th of March, is a global day celebrating the social, economic, cultural, and political achievements of women. In 2018, data from UCAS showed that 35% of UK STEM students in higher education were women, represented the most in physical scientists (39%) and the lowest in engineering and computer sciences (19%). Between 2016 and 2018, the number of women in STEM in the workforce increased from 802,848 to 908,318- but still only representing 22% of the overall workforce. Throughout history, women have contributed enormously to the field of STEM, with some of their achievements being overlooked in favour of their male counterparts.

Rosalind Franklin– In 1953, James Watson and Francis Crick released an image showcasing the double helix structure of DNA. In 1962, they were awarded the Nobel Prize in Physiology or Medicine for this discovery, alongside Maurice Wilkins. There has long been debate about who should’ve been the third recipient of the Nobel Prize for this discovery, as many believe that chemist and x-ray crystallographer Rosalind Franklin did not receive recognition for her contribution to the discovery. In January 1951, she and her student Raymond Gosling took photos of DNA using a machine she had refined herself and discovered that DNA had a ‘dry’ form (A) and a ‘wet’ form (B). The photo of the B form, which is now famously known as Photograph 51, was shown by Maurice Wilkins to Watson and Crick in January 1953. They used this as a basis for their discovery of the structure of DNA before publishing a paper in March 1953- in which they said their work “stimulated by a general knowledge” from hers. Her paper on the subject was published in the next issue of the Nature magazine but was viewed as a supporting article for Watson and Crick. Her contribution to the discovery of DNA is often over-looked, and she is now referred to as the “Dark Lady of DNA”.

Radia Perlman– An MIT graduate known as ‘the mother of the internet’, Radia Perlman developed the algorithm for the Spanning Tree Protocol (STP). It creates network bridges between network nodes, and if one fails there is a back-up link. Since then she has been working on TRILL (TRansparent Interconnection of Lots of Links) to correct the limitations of STP. As well as this, she has developed a child-friendly system to teach programming to children as young as 3- TORTIS (“Toddler’s Own Recursive Turtle Interpreter System. At MIT in the late ’60s, she was one of approximately 50 female students in a class of 1000, living in the only female dorm that MIT had at the time. In 2014 she was inducted into the Internet Hall of Fame, and into the National Inventors Hall of Fame in 2016.

Gertrude B. Elion– An American biochemist and pharmacologist, Elion made many important drug discoveries, developing a multitude of drugs both individually and as part of a team. In 1988 she was awarded a Nobel Prize in Medicine and Physiology alongside her colleagues George H. Hitchings and James Black because of their innovative methods of rational drug design which uses knowledge of a biological target to develop a necessary drug. Some of the most important drugs she worked on include Mercaptopurine (the first treatment for malaria), Azathioprine (an immuno-suppressant that is used for organ transplants), and AZT (one of the first drugs used to treat HIV/AIDS). Even after retirement, she continued to work on cancer treatments until she died in 1999.

Katsuko Saruhashi– Japanese geochemist and climate scientist Katsuko Saruhashi focused on carbon dioxide levels in the oceans when no one else was. After being invited to study at the Meteorological Research Institute, she showed that the pacific ocean was releasing about twice as much carbon dioxide as it was absorbing, meaning it would be ineffective in combating climate change. Saruhashi’s table, published by her in 1955, is still used today by oceanographers to measure the concentration of carbonic acid in water. In 1954, she was invited alongside her colleagues to investigate the mysterious illnesses of fishermen who had been working downwind from Bikini Atoll, an island where the United States was carrying out nuclear tests. They studied the distribution of radioactive fallout using ocean currents, finding that the water around Japan was far more contaminated than that of the water around the west coast of the US. Her evidence was used to stop the government from carrying out nuclear testing. A prize is awarded annually to a female scientist who acts as a role model to others, and she is quoted as saying “I wanted to highlight the capabilities of women scientists”.

Patricia S. Cowings– The first African-American scientist to ever be trained as an astronaut by NASA. Although Cowings never made it to space in her NASA career spanning 34 years, she did make the life of those who made it to space far better. An aerospace psychophysiologist, she developed a training system known as Autogenic-Feedback Training Exercise (AFTE) to focus on eliminating motion sickness from those travelling to space. She also uses the programme to help astronauts respond to the dizziness and nausea often experienced when returning to earth. She has been recognised by many societies and companies for her efforts, and was awarded the NASA Individual Achievement Award in 1993, and most recently the Celestial Torch Award from the National Society of Black Engineers in 2014.