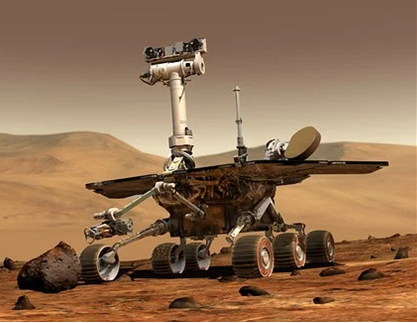 NASAs Perseverance was launched from Florida’s Cape Canaveral Launch pad on July 30th 2020, and touched down in the Jezero Crater on the surface of Mars on February 18th 2021.

2.5 million people watched the YouTube livestream from NASA as the rover landed on Mars. The control room erupted into cheers when the flight director confirmed the successful landing, and only a few minutes later the first pictures from the rover arrived.

The rover aims to search Mars for evidence of habitability. It is searching for preserved biosignatures, which will prove that even if life doesn’t currently exist, it did once in the history of the planet. The Jezero crater, the chosen landing site, has been selected as there is a high likelihood it would’ve once sustained life. The crater was formed due to the Isidis Impact 3.9 billion years ago, and is believed to have once held a lake, as did much of Mars before its atmosphere no longer allowed for liquid water. There are also carbonate deposits surrounding the lake which means the water was non-acidic, and two of the materials within the crater- clay and silica- are highly effective as preserving evidence of life. If Mars was once habitable, there is good reason to believe the evidence will be found in Jezero Crater.

The planned mission will last 687 earth days, or 668 Mars sols, and will collect at least 38 tubes of samples. A ‘fetch rover’ to collect the samples will be launched in 2026, with an aim to return to earth in 2031 when a rendezvous vehicle will collect the samples from Mars orbit and bring them to be studied on Earth. The samples bought back will be invaluable for future astrobiologists studying the red planet, and will provide more in-depth insight when planning further Mars missions. A key objective of the perseverance mission is the advancement of the astrobiology field, and there is hope that the analysis of samples will help pave the way for human exploration of Mars.