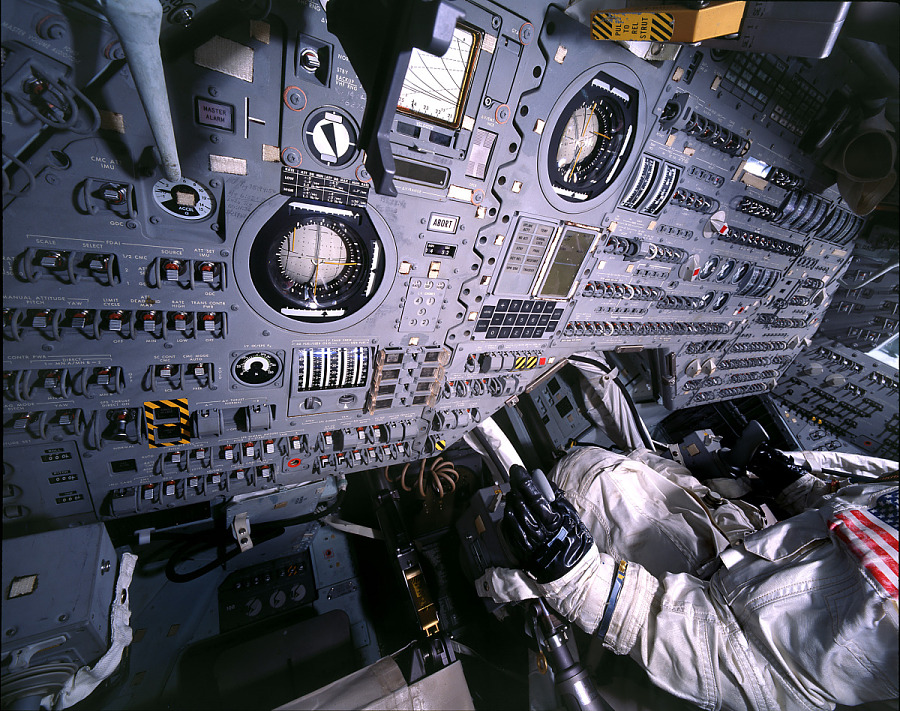 2021 marks 5 years since the release of the film Hidden Figures, which rightfully demonstrated the behind-the-scenes work of the African-American women who worked as mathematicians, supervisors, and engineers at NASA- including mathematician Katherine Johnson, who John Glenn really did ask for to verify the IBM calculations before launch. Following the success of Apollo 11, which put man on the moon for the first time, NASA estimated it took 400,000 people to achieve this- scientists, technicians, seamstresses, engineers, pilots, and chefs are just some of them. Hidden Figures focused on Katherine Johnson, Dorothy Vaughan, and Mary Jackson, but who were the other 399,997 people who helped put man on the moon?

Everyone knows Niel Armstrong and Edwin Eugene ‘Buzz’ Aldrin when talking about the Apollo 11 mission, but the mission would not have been possible without the third crew member, pilot and astronaut Michael Collins. He did not set foot on the moon himself, instead spending a day orbiting the moon alone in the Columbia space-craft, and had no contact with the Earth for 48 minutes. He also had to prepare himself for the real possibility that his two crewmates would not be able to return from the moon, as the joining of the two spacecraft, Columbia and Eagle, could not be reliably tested on earth. This would mean leaving Niel Armstrong and Buzz Aldrin on the moon where they would run out of oxygen, and returning to earth alone. Fortunately, the spacecraft was able to take off and rejoin successfully, and he is still considered the “unsung hero of the Apollo mission”. In his autobiography, he wrote “this venture has been structured for three men, and I consider my third to be as necessary as either of the other two”, but many people don’t remember his contribution to the Apollo 11 mission.

As the space race took off, NASA began contracting companies who previously had no experience with spaceflight to make essential equipment by repurposing the techniques they were used to. One of these was Playtex, owned by International Latex Corporation (ILC), which was known for making bras. They commenced work for NASA in 1962, and from 1966 they provided spacesuits for the Apollo programme, each one handbuilt by a seamstress. The suits had to be a self-contained environment, thick enough to keep the astronauts warm and safe but not too thick that they were unable to move and work effectively. The final suit took several years of trial and error, eventually incorporating 20 layers of material that made them able to withstand temperatures of -290 to +310 degrees Fahrenheit, pressures of 3.70 to 3.90 pounds per square inch, and weighed about 180 pounds when carrying the life support backpack. NASA employee, Sonny Reihm, described the suit as a “work of art”, and the International Latex Corporation (ILC) now works closely with NASA to provide the suits worn on the International Space Station.

Secretary and right-hand women Jamye Flowers was an essential figure for the astronauts, as they needed someone to organise their travels, access for outsiders, communications with their wives and children, and check the flight checklist. Without computers around she had to manually keep track of everything, working long days after graduating from high school only a week before joining NASA. She met the Apollo 11 crew in 1966, and turned up to the Apollo launch carrying a snoopy teddy bear- the nickname of the Apollo 11 rocket. She calls the astronauts family, and they would’ve been unable to organise their many trips and press events without her input.

Katherine Johnson, Dorothy Vaughan, and Mary Jackson, the inspiration for Hidden Figures, were mathematicians and engineers at NASA who were known by their colleagues as ‘human computers’. Back “when the computer wore a skirt”, the majority of African-American women with degrees in maths or engineering were recruited from colleges all around the United States. Many started on a temporary basis so they could leave at any time, but for many it turned into a permanent job. All calculations were done by hand, sometimes taking a week to complete and requiring 6-8 notebooks of working out to confirm the results. NASA did begin to use early computers for their calculations in the 1950s, but many chose to ignore its results and defer to the human computers instead- they believed that computer programming was “a woman’s work”.

Everyone involved in the moon landing was connected to the control room in Houston- and at the very top of the control pyramid was flight director Gene Kranz. He gave the go to Buzz Aldrin and Niel Armstrong to detach from the main spacecraft and descend to the moon, knowing the work and sacrifice that had gone into that moment, as well as the estimated 600 million people watching around the world. He describes picking up the flight director job as it happening “overnight”, and training began very late as the software wasn’t ready yet. He was ready to correct or respond to any problem faced by the astronauts during their time in space. Following the success of Apollo 11, he continued as a flight director for Apollo 13 and was on duty when their service module exploded. His “tiger team” managed their consumption of food, water, oxygen, and fuel, allowing them to land safely back on earth by controlling the course correction.

On their descent to earth, Niel Armstrong thanked all those who “put their hearts and all their abilities into building the equipment and machinery that had made the journey possible”. The road leading to the NASA headquarters in Washington DC was renamed to ‘Hidden Figures Way’ in 2018 to commemorate the hidden work of those behind the scenes to fight inequality whilst advancing the spaceflight programme.