Could caterpillars solve our plastic problem? 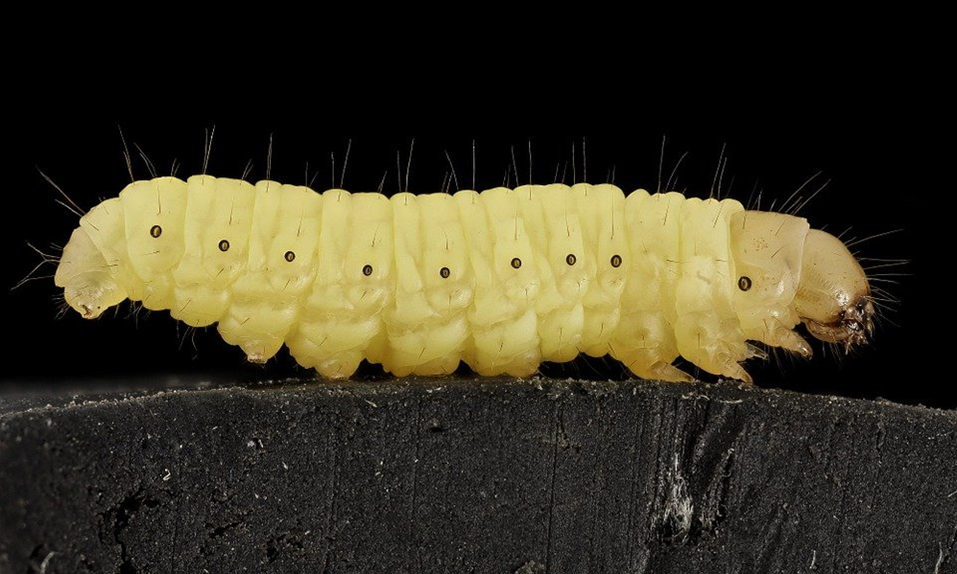 Every year, humans produce over 300 million tonnes of plastic. 50% of this is classified as ‘single-use plastics’- like straws, plastic cutlery, and shopping bags- and more than 8 million tonnes of plastic ends up in the ocean every year. Scientists are constantly looking for ways to reduce the plastic problem through new biodegradable plastics, but the solution could potentially lie with plastivores- organisms which can consume and digest plastics.

One of the most well-known examples of a plastivore is the Waxworm. Waxworms are the caterpillar larvae of the wax moth (sometimes known as the bee moth), and farmers generally classify them as pests. Two species of waxworm, Galleria mellonella and Plodia interpunctella, have been known to eat and digest polyethylene, which accounts for about 34% of worldwide plastic production, or 100 million tonnes annually. Polyethylene is a synthetic plastic and does not biodegrade easily, meaning it accumulates in landfills and in the ocean. Scientists believe that the ability of the waxworms to digest plastic actually comes from two strains of bacteria living in their gut- Enterobacter asburiae and a Bacillus species- who convert polyethylene into ethylene glycol, a compound which is biodegradable. When scientists at Brandon University extracted and analysed the bacteria, they found that one species could survive for up to a year on nothing but plastic.

However, the use of Wax Worms may not be a simple solution. As mentioned previously, farmers consider them to be pests, and they get their other name ‘Bee moths’ because they live in bee colonies as parasites. Bee populations are already under stress, and the increased numbers of pests are unlikely to help them. Also, 100 worms eat about 2 milligrams of plastic per day. With 300 millions tonnes of plastic produced every year, you would need a lot of worms to even make a dent in the plastic problem. Ethylene glycol, the compound produced, is also toxic in humans. Although the idea of using caterpillars to remove plastic does seem to be a nice one, realistically it is unsustainable and could end up causing more problems in the long run. The Wax Worms are clearly not an immediate way to solve the problem, but there is hope that they can provide scientists with a better understanding, which could ultimately lead to a better system of ways to safely degrade plastic.