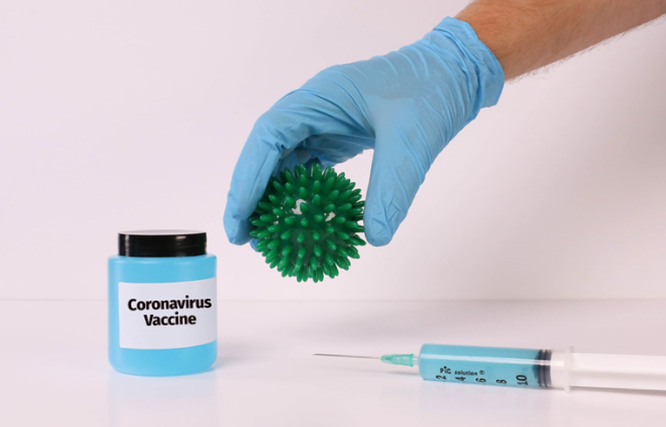 According to the biomedical research charity The Wellcome Trust, there are 321 potential vaccines for COVID-19 in development around the world, with 32 of those in clinical trials, and at least 15 in human trial stages. Although vaccines typically take up to a decade to develop, test, and manufacture; researchers have collaborated to streamline this process as much as possible, meaning there could be an effective vaccine in as little as a year. The UK has already ordered 340 million doses of a completed vaccine from 6 different manufacturers: Oxford University & AstraZeneca; BioNTech-Pfizer; Valneva; GSK-Sanofi; Novavax; and Janssen Pharmaceutica.

One of the more promising vaccines is one being developed as a collaboration between researchers at Oxford University, and those from biopharmaceutical company AstraZeneca. Trials of this vaccine, known as ChAdOx1 nCoV-19, have shown to produce an immune response in the first stages of human trials, causing the immune system to produce T-cells and antibodies which fight off the COVID-19 virus. It is a vector vaccine based on a heavily modified virus which causes the common cold in chimpanzees, with the addition of the genetic instructions for the “spike protein” which the coronavirus uses to invade human cells. Although this seems promising, this vaccine doesn’t come without side effects; 17% of early stage participants suffered from a fever, and 6/10 suffered a headache. More recent reports showed that the trial was paused on the 8th of september 2020 as a participant in stage 3 trials was hospitalised for spinal swelling, but further tests showed that this was due to a neurological condition unrelated to the vaccine, and trials were allowed to continue. Of the 1000 volunteers, all of them showed an immune response after two doses, with most volunteers only requiring one dose. The modified virus cannot replicate, meaning there is no risk of it causing infection itself. The Oxford/AstraZeneca vaccine is considered the most promising by most scientists, but there are other companies around the world also reporting positive results from early trials.

German company BioNTech and American company Pfizer have combined their efforts to produce a vaccine candidate BNT162b1 which uses mRNA to produce a COVID-19 neutralising antigen. Their recent trials on mice and macaques demonstrated a “strong” anti-viral immune response following one shot and one booster shot. On the 20th of August 2020 they reported “positive results” from phase 1 of human trials. As of September 7th, they had 25,189 participants enrolled in phase 2 and 3 trials from 120 trial sites in 3 countries. American company Novavax have also reported promising early results, with their vaccine candidate NVX‑CoV2373 producing neutralising antibody responses in 100% of participants with only mild side effects. They are using recombinant nanoparticle technology to produce antigens based on the “spike protein” characteristic of the COVID-19 virus, and have already been granted $1.6 billion in funding from the US government to develop their vaccine. The University of Cambridge has developed a DNA-based vaccine DIOS-CoVax2, which uses computer generated synthetic genes to reprogramme the body’s immune system to force it to produce antibodies against coronavirus.

AstraZeneca’s chief executive Pascal Soriot believes we “could still have a vaccine by the end of this year, early next year” despite the pausing of trials, but this is subject to regulatory approval. However there is still work to be done. Trials need to show that the vaccine is primarily safe and effective, that it does actually prevent people from getting sick, and is approved by medical regulators. It must also be able to be produced on a large scale; if the vaccine requires too much specialist equipment to produce, those who lack this technology will be disadvantaged. There is also the issue of organising a large scale vaccination programme to vaccinate billions of people. In order to stop a virus from spreading effectively, 60-70% of people must be immune to or vaccinated against it, a model known as herd immunity. Even if the vaccine works perfectly, approximately 4.56-5.32 billion people will need to be vaccinated for this model to work. It will almost inevitably be less effective in older people too, for the same reason that they are generally offered the annual flu jab, because the immune system weakens with age.

The EU has already done a deal worth £2.2 billion with one developer, so a lot rests on the production of safe and effective vaccines. Wealthy countries have paid in advance for a vaccine which hasn’t been produced yet, but the World Health Organisation says that the pandemic will only end if all countries can stop the virus from spreading. Initiatives such as Covax, set up by WHO, promise to share the benefits of any potential vaccine with all countries when one or more are found. This may yet to be seen as the most effective model, as the director of the Wellcome Trust Sir Jeremy Farrar states that, “we have no idea where the best vaccine that is safe and effective will come from”. This will ensure that all countries have access to the virus when it is completed, allowing for the push for herd immunity.