Shooting salmon is the latest in conservation 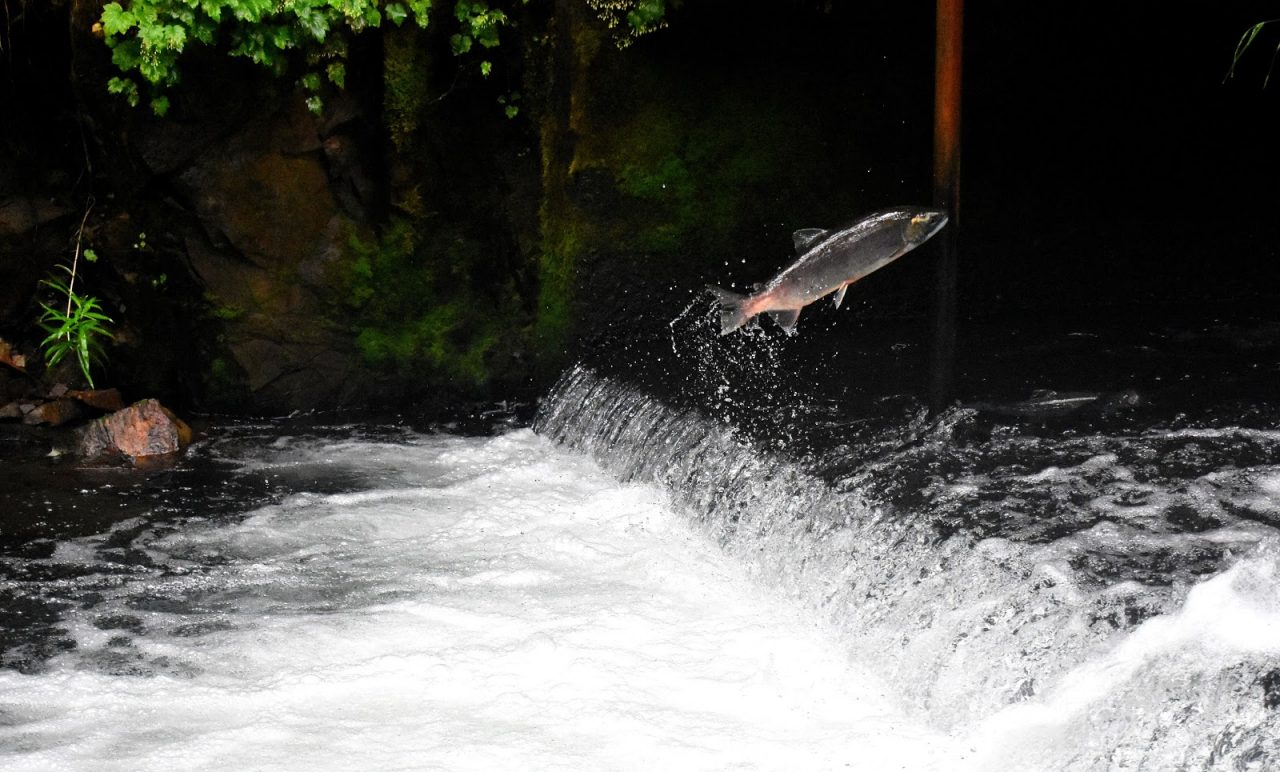 What’s the story behind the ‘fish tube’ meme? The Wooshh Passage Portal, or ‘Salmon Cannon’, has been used to transport thousands of fish safely over dams and other man-made obstacles.

Like most fish, salmon stocks are in decline due to overfishing and man-made obstacles such as dams. Salmon migrate from the sea up freshwater rivers to ensure that their young have a safe place away from the many predators that patrol the oceans. Although they are famously proficient at surmounting waterfalls, they fall short at hundred meter high man-made dams.

This is where the ‘Salmon Cannon’ comes into play. It provides an automated way to move fish between bodies of water, allowing them to easily scale even the largest dams. Consisting of a soft, sealed tube, the system was originally developed to handle soft fruits without bruising. It was realised that it had potential as a fish-moving device, and modifications began to create the Salmon Cannon. First, fish swim into the intake pipe which is then resized to match. A negative pressure is then formed at the top of the pipe, sucking the fish through at a speedy 18 miles per hour. Despite the awesome speed, the fish hardly notice a thing. The interior of the tube is misted to allow the fish to breathe, and the soft lining ensures that there is no damage to their scales or eyes; from the fishs’ perspective, they never stopped swimming.

The systems are in operation in multiple countries, with operations in Norway moving around 5,000-10,000 fish a day. Were these systems to be installed on all new dams, it would go a long way in helping many species of fish recover to their former population levels.