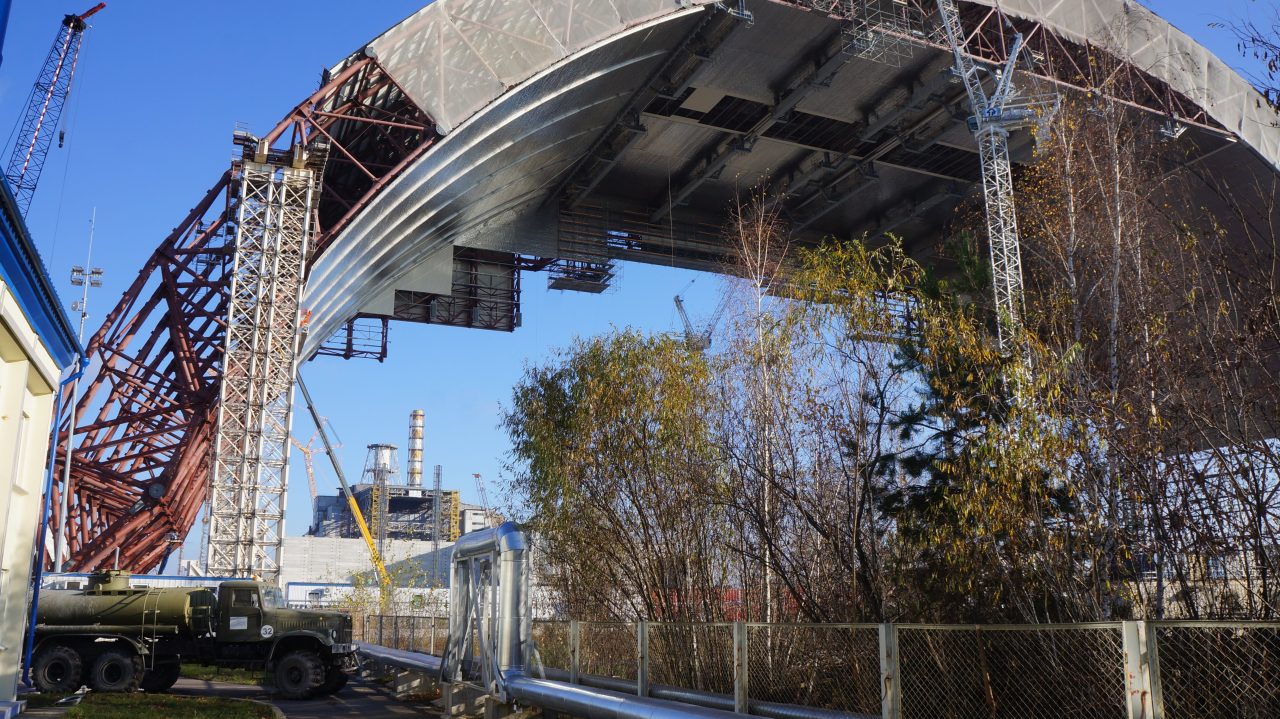 Nearly 30 years ago, reactor four of Chernobyl nuclear power plant exploded, sending vast amounts of radiation into the atmosphere. However, this disaster is rearing its ugly head once more. Soon after the explosion, a concrete shell was constructed over the decimated reactor to prevent any further radiation leakage, although, as you may expect it was made in a rather bit of a hurry. It was never going to last for ever. This old crumbling tomb is decaying more and more each day; a new solution is required.

In 2007 work began on an enormous steel arch, or new state confinement (NSC), that will seal off reactor four for a century. This megastructure is being constructed 100s of metres away from the reactor, behind a protective concrete wall, as it’s too dangerous to build directly over the top. When completed, the NSC will be wheeled into place on a series on rails over the old reactor.

Due to the high levels of radiation on the construction site, it is not possible to paint the arch in order to protect it from the weather. Instead, the arch is fitted with tubes and ducts to help filter clean air over the structure to prevent it from rusting. An air pocket between two layers of steel will be kept at a low humidity, less than 40% to also prevent rust formation.

Only 5% of the radiation was released in the initial explosion, up to 200 tonnes of radioactive fuel still remains. It’s hoped that in the future robots will be able to remove or destroy the waste, as it too dangerous for humans to do so.

The project is planned to finish in November 2017, but the NSC will last for 100 years. How will the changing political landscape of Ukraine – and Europe – effect the management and maintenance of the arch? And will we need to build anymore?