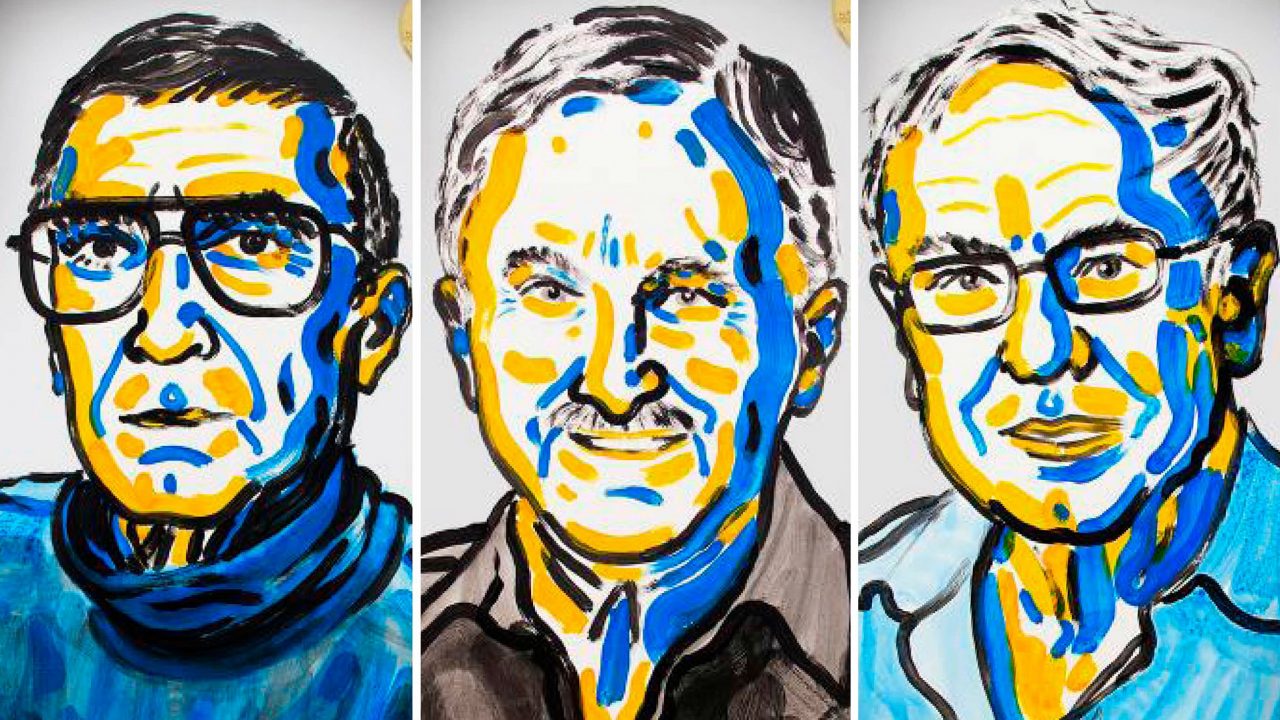 Physiology or Medicine: William C. Campbell and Satoshi Ōmura. A new drug, Avermectin, has been developed. This drug is helping humanity to dramatically reduce the occurrences of some of the world’s deadliest parasitic diseases, including river blindness and Lymphatic Filariasis. Another revolutionary drug, Artemisinin, has also been created by Youyou Tu that is reducing the mortality rates of malaria.
These newly discovered drugs are of course revolutionising the way major parasitic illnesses are being treated, especially in poor, developing countries with little or no access to effective treatment.
Parasitic worms, or helminthes, are thought to afflict one third of the world’s population. By tackling these globally important issues, Campbell, Ōmura, and Youyou Tu are working on the frontline of mankind’s battle with parasitic disease.

Physics: Takaaki Kajita and Arthur B. McDonald for “the discovery of neutrino oscillations, which show that neutrinos have mass”. According to theoretical calculations, up to two thirds of the neutrinos had gone strangely missing by the time they had arrived to Earth. Only now it has been been shown that they’re changing forms.

This discovery has led to the far-reaching conclusion that neutrinos have mass, even if it is very tiny. This is ground-breaking research for particle physics as its Standard Model had been incredibly successful for twenty years, shrugging off all experimental challenges, however the model required the neutrinos to be massless. This research is changing our understanding of matter and how the universe functions.

Chemistry: Tomas Lindahl, Paul Modrich, and Aziz Sancar for “mechanistic studies of DNA repair”. In the 1970s scientists thought that DNA was an extremely stable molecule. This was until Tomas Lindahl proved that DNA decays at a rate that should make the evolution of life impossible, thus leading researchers to discover the molecular machinery that maintains DNA. The reason that our DNA doesn’t dissolve into chaos is down to the molecular systems that maintain it.

The prize is awarded for mapping, at a molecular level, these systems and how cells repair damaged DNA and safeguard genetic information. DNA faces many daily threats from UV radiation, free radicals, carcinogenic substances, and during cell division. Defects can develop due to the vast number of several million daily divisions.

Pail Modrich has demonstrated how cells correct errors that occur during DNA replication, by a mechanism called mismatch repair, which reduced error frequency by around a thousand fold. This research is helping us better understand cell mechanics and develop novel cancer treatments.