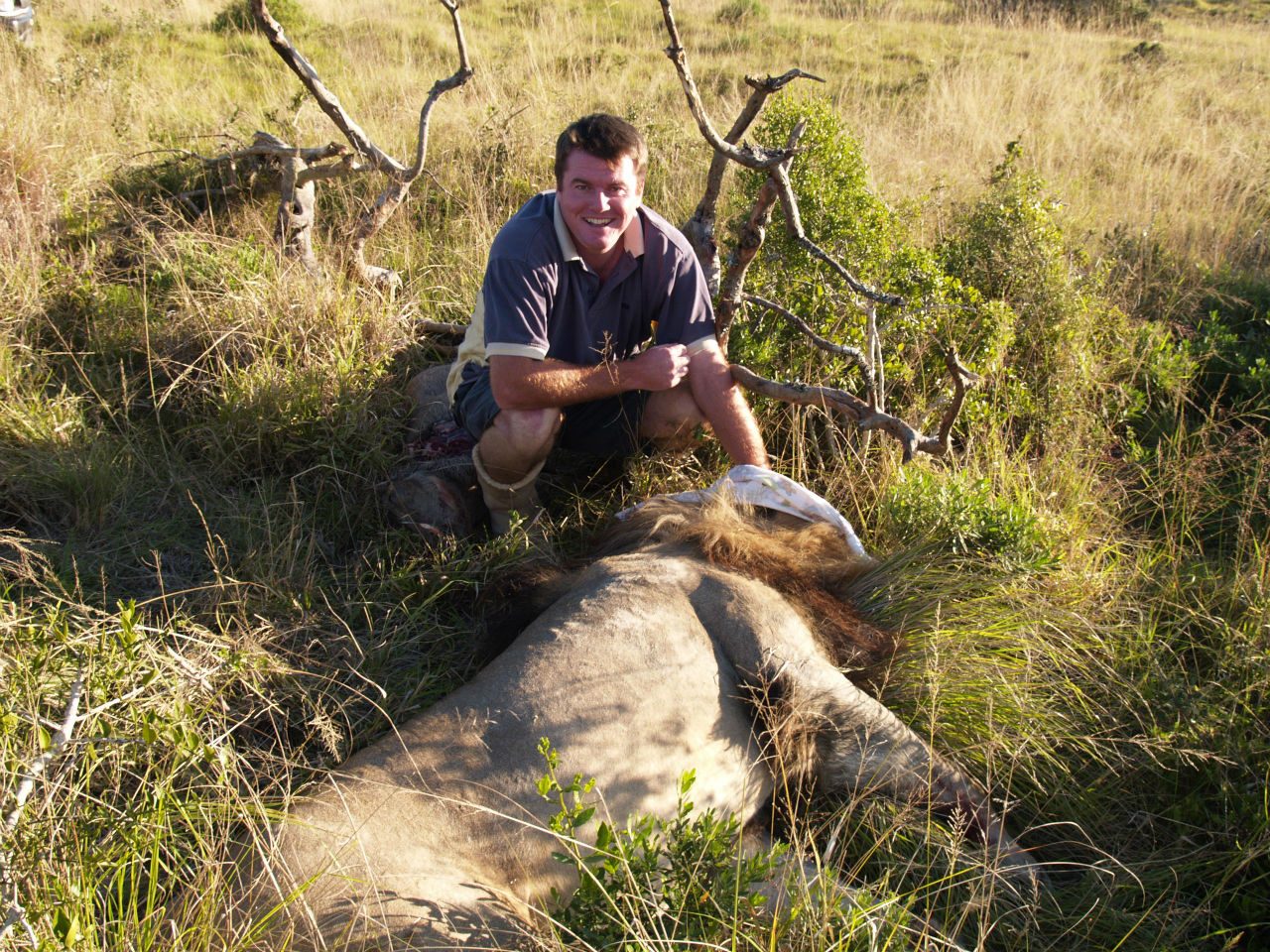 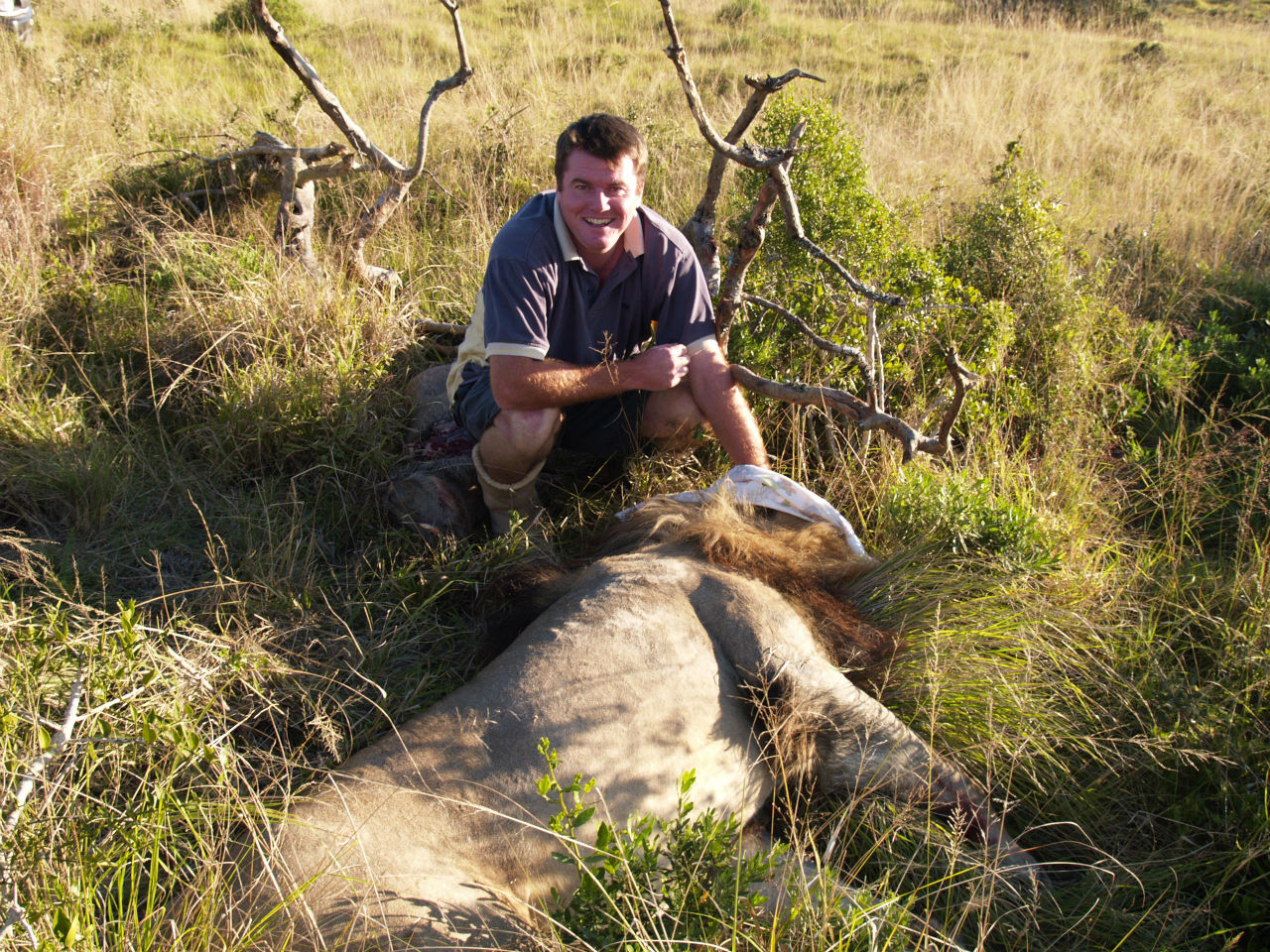 Ever wanted to get to know your lecturers a bit better? What do they do when they’re not teaching? Science met up with SBS and SENRGY’s Dr Matt Hayward and talked lions, hunting, and how to get a job working with wildlife…

MH: I’m a lecturer in Conservation, which means I deliver modules on conservation-related subjects, and my research involves looking at conservation issues. For me that tends to mean large-predator related topics and looking at threatened species, but I also look at broader issues such as the role of fences in ecosystems and how the IUCN Red List is put together.

EP: Tell us a bit about yourself – how did you come to be here? I know you’ve had a lot of jobs in a lot of different (and exciting) places!

MH: I think that as I’ve travelled through life I’ve taken jobs that helped redirect me into places I wanted to be. After I finished my honours degree I spent three years working as an environmental consultant, and one day I was out working in the middle of the Outback and staying in this really remote hotel, and I got a phone call. It was my supervisor from uni – I have NO idea how he got my number – and told me about a PhD opportunity over in Western Australia, working on a little animal called the quokka. It sounded great and I moved across the continent and studied the quokka for three and a half years. Then after my PhD, life took me to South Africa, Poland and back to Australia, working both in research and as a reserve manager, and then I came over to Bangor last year, and am loving it!

EP: So tell us about your research. What was your project in South Africa?

MH: So I’d moved over there originally to study small carnivores. But that didn’t go ahead and so soon I found myself working on a project studying the blue duiker, which is a kind of antelope. The study was a bit “average” though, and also I didn’t get paid for six months, and so instead I went to study the reintroduction of large predators in Addo Elephant National Park. They’d just reintroduced 6 lions, 12 hyenas, and a leopard and our aim was to look at their impact on the species that already occurred there. So we followed the lions around in a jeep, watched them hunt, basically just had an intensive view into the lives of six lions. One of our projects was to find out what lions actually eat: before our project, people had thought that lions ate basically anything, but that’s really not true. Over their entire range they definitely prefer just five species. Actually some of the third year dissertation projects I’m supervising this year are trying to do the same for other big predators, jaguars, pumas, jackals, bears…

EP: Did this change the way that National Parks are run in South Africa?

MH: Yes, definitely! One of the offshoots of our research was used to calculate carrying capacity of these parks – that’s to say how many of an animal you can fit in there given the amount of prey there is. People’s previous estimates were way off and so we used our work to look at how density of preferred prey in a reserve would affect density of the predator. It gives far more accurate predictions now, we’ve tested it in a number of locations, and it’s being used by conservation managers throughout South Africa.

EP: One of the most controversial issues in conservation is hunting. Can big game hunting of the kind they have in South Africa contribute to conserving wildlife?

MH: Yes, it definitely can and does. In southern Africa, well-regulated hunting has led to the massive expansion of areas that are protected, and then in them some species are hunted but the rest of the species are protected. And you’ve got to remember that for a hunting reserve to be economically viable you can’t buy your animals in every year, you’ve got to maintain your population and then harvest them sustainably. Actually, in South Africa 13% of the entire country is protected by private landowners and that’s all down to hunting. There are very bad aspects of hunting, things like canned lion hunting are pretty shocking – but I think the evidence is there that it does work because it gives wildlife a value that otherwise it wouldn’t have.

EP: The debate on this is really polarised, isn’t it? I mean, many people say hunting is morally wrong in all circumstances…

MH: I’ve never hunted and never will. But unless the people who like wildlife alive are prepared to pay for the conservation of that wildlife, which right now isn’t happening nearly enough, the hunters are the people who are paying for it to exist really. And until that changes, I don’t think I’ve got the moral right to say that it shouldn’t happen.

EP: OK, so what do you think about the future of wildlife? Are you an optimist or a pessimist? We hear so many depressing stories about poaching and extinction, but do you think there’ll still be lions and elephants running around Africa in 50 years’ time?

MH: Yeah, I do, I’m generally an optimist. I think that the longer Africa’s game persists, the better chance it’s got. As countries develop, they become more urbanised and so people move to the cities, meaning that there’s more and more land available for wildlife. Also tourism will become more and more important. I think it’s just this intermediate period we have to get through now – currently there are shocking levels of mass poaching of rhinos and elephants. In the long term things are looking pretty good but in the short term it’s far more concerning.

EP: So what’s the best thing, and the most frustrating thing, about what you do?

MH: The most frustrating thing… I really can’t think of anything! I guess just not having enough time to do the things I want to do. As for the best thing, well, I get to travel the world, I met my wife who also loves travelling the world, and I’ve got to study some amazing animals! And hopefully I’ve made some kind of contribution to the conservation of wildlife around the world.

EP: Last question: what would you say to any students reading this who might be thinking about a career working with wildlife, whether in research or management?

MH: Definitely volunteer. Go and work on projects. Actually I feel that in my career a few opportunities were closed off to me because I didn’t get enough experience early on. Do it!

EP: Matt, thanks very much!