Owl monkeys and the evolution of love 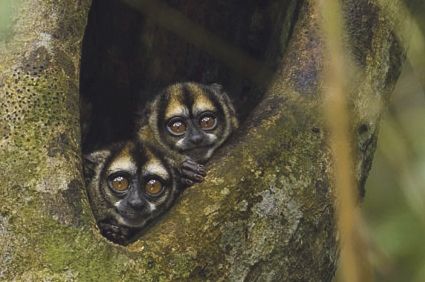 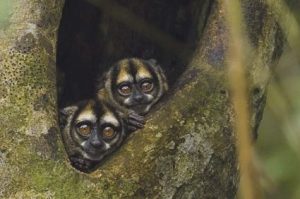 Once owl monkeys in Central and South America meet their partner, they pair for life, having a baby once a year and never cheating or “divorcing”. But sometimes, lone adult owl monkeys who have yet to find their partner will attempt to break up established pairs, fighting viciously to drive one of the monkeys out.

But new research suggests that these monkeys who are forced to form a new pair have fewer babies than owl monkeys in pairs which have never been broken up. Males who have remained with the same partner have, on average, 25% more offspring in ten years than those with multiple partners.

This strong pair-bonding is thought to help with rearing the young; males take on most of the childcare responsibilities, and for them, a tightly monogamous relationship ensures he can be sure of the offspring’s paternity. Females benefit from the extra help provided by males, considering this, it makes sense that a weaker bond results in lower reproductive success.

It’s speculated that this pair-bonding for reproductive success might have been the origin of love and society in humans. Researcher Eduardo Fernandez-Duque of the University of Pennsylvania thinks so;

There’s some consensus among anthropologists that pair-bonds must have played an important role in the origin of human societies (…)  Call it love, call it friendship, call it marriage, there is something in our biology that leads to this enduring, emotional bond between two individuals that is widespread among human societies.