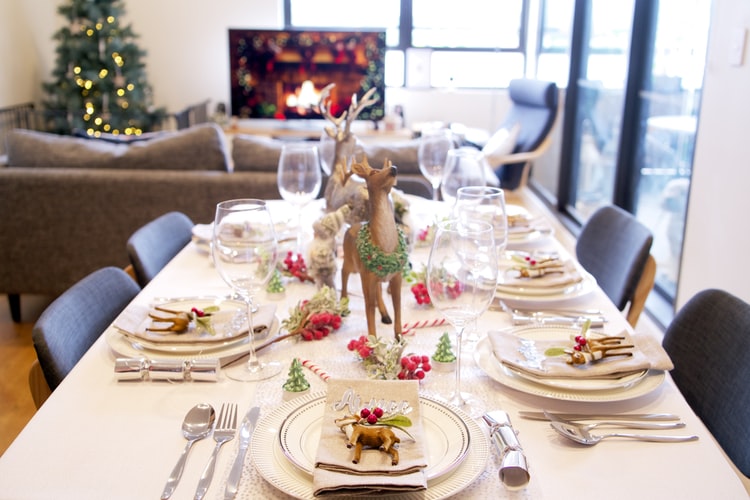 While your 2020 plans may not have gone as you wished and Christmas will certainly look and feel a little different this year, there is still hope for TV to bring some festive cheer to your living rooms. We may not be spoilt for choice as in previous years, but there are some exciting treats to circle ahead of the big day! From comfy Christmas specials, to glossy costume dramas and warm family favourites, we can thank the TV gods they managed to finish production mid-pandemic. So, in true festive tradition here is a rundown of what to expect of the TV schedule over the holiday period – and wishing you a merry Christmas and happy new year from Seren TV!

Following the success of the first series, why not sit back and revisit the Yorkshire dales in a festive themed special episode of the hit show. ‘Call all ye merry gentlemen (and women) let nothing you dismay’- just the words lovesick James should be told as he watches Helen from the sidelines. But could a Christmas miracle be around the corner when he is called out to an animal patient in the snow?

Roald and Beatrix: Tail of the Curious Mouse (Christmas Eve,  8:15 pm, Sky One)

A charming family tale arrives on screens just in time for Christmas , describing the meeting between two beloved children’s authors- the young Roald Dahl with the older Beatrix Potter (played by Dawn French). While both are at different stages in their lives, they form a special bond, and the delightful animation that accompanies the live action should melt the iciest of hearts.

When you’re not feasting or recovering from your food coma, the bake-off tent will be opening its white curtains for a festive special edition. Four returning bakers have the chance to compete one more time- the round-up including 2018’s finalist Ruby, 2019’s Rosie and Jamie and 2017’s James. Expect more nail-biting baking action to keep you glued to the telly, and in case you’re still craving more bake off in your telly diet, a new year’s edition with two previous winners will air the following weekend. Matt Lucas and Tom Allen deck the halls with merry cheer, while Matt and Noel welcome the new year with open arms.

Would it really be a 2020 Christmas without a new Netflix original series to binge over? In their first outing into period drama, they have certainly spared no expense on frocks and locations as we enter the regency ballroom where the Bridgerton family cordially invite you into their privileged social sphere. Things all become a bit hot under the bonnet when the youngest daughter receives a letter from Lady Whistledown…This indulgent confection will certainly satisfy lovers of Jane Austen, in a marriage of traditional wit and romance with an alternative modern twist.

To whet the appetite of those with a more serious taste, this insidious Gothic thriller should just do the trick. Adapted for the screen by Amanda Coe (Apple Tree Yard) from Rumer Godden’s 1939 novel, a group of nuns travel to a Himalayan palace to complete a religious mission, but Sister Clodagh (Gemma Arterton) gets more than she bargained for when desires and faith come into conflict. A starry supporting cast include Alessandro Nivola, Jim Broadbent, and in one of her last TV roles, Dame Diana Rigg. A tale of female sexual awakening and the dangers of repression, ready to soak up over three consecutive nights- this is certainly not one to miss over the festive period.