I’m a Celebrity…Get Me out of Here! From down under to North Wales 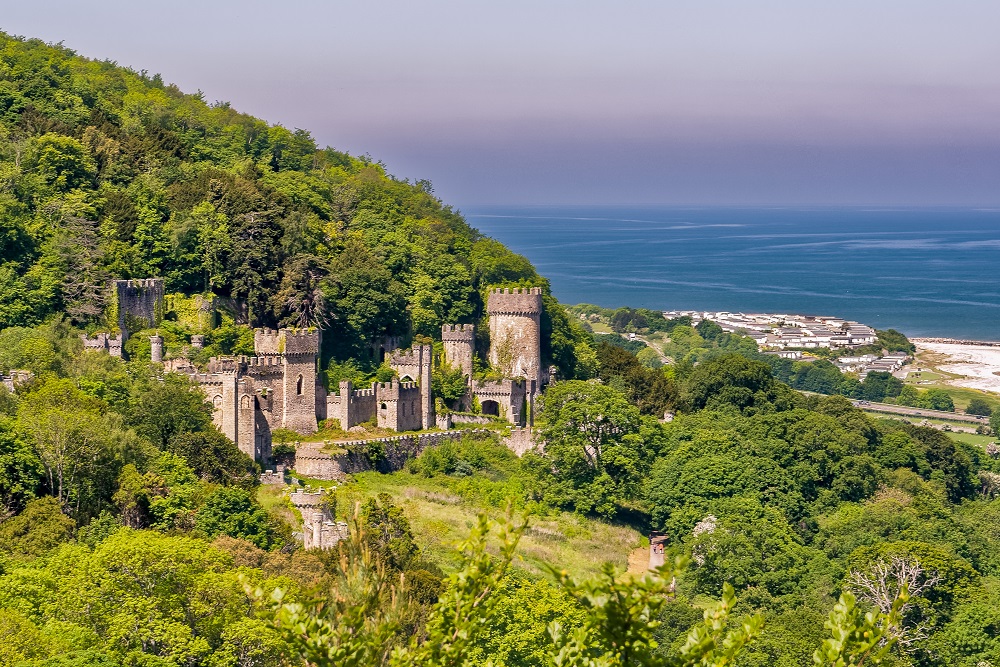 Move over Strictly, your rival show is returning (closer to home this time). For many, this is a sign to wrap up warm in a rug in front of the fire and marshmallows, as they try to fit in their Christmas shopping lists a month early. Despite the constrictions that many people currently face in the UK, North Wales is becoming a hotspot location as primetime ITV show I’m a Celebrity…Get Me Out of Here! swaps the Australian jungle for stunning Welsh scenery.

Many of you may recognise this as Gwyrch Castle in Abergele, Gwynedd, a Grade I listed 19th century house tucked away in a 250-acre estate. The privately owned mansion was chosen as a back-up due to the inability to film down under, which has been a regular feature of the show since its launch in 2002. Adhering to the recent ‘circuit breaker’ lockdown in Wales, filming has been permitted to take place due to being classified as a place of work by First Minister Mark Drakeford. The group of celebrities will form a Covid bubble for the duration of the show’s completion, as many filming cast and crews have recently undertaken. Although the competition will be taking place under different circumstances, the entertainment factor will still be there with Ant and Dec returning to conjure up even more  terrifying trials and tasks than there were before!

As the show is expected to hit screens next month, preparations have gone underway to make the supposedly haunted house as safe and secure as possible. Although the hired property will not have the remote fear that the jungle is known for, it may still come as a challenge for the contestants, along with the usual tribulations that the experience presents. That’s not the only rumour going around- as a list of potential celebrities has been leaked only weeks ahead of its proposed November start date. They won’t be entirely exposed to the elements, though, as a plumbing system and toilets have been reported to be built up on site. When we reach the other side of the current lockdown, the show should come as a welcome return to many viewer’s screens during the dark weeks leading up to Christmas.

I’m a Celebrity…Get Me Out of Here! returns to ITV and ITV hub on 15th November.