Trending
You are at:Home»Arts & Culture»TV»Full House Spin-off: Fuller House
With the number of cheese nights out, Buzzfeed articles centred around stuff you used to have growing up, and the re-emergence of jelly shoes, it is clear that our generation is in love with nostalgia. The recent reboot of Fuller House is no exception of that. From the opening credits of Carly Rae Jepson singing “everywhere you look”, to the identical set, and almost every character returning from the original Full House, this new show is all about feeding off of the original.

Though the focus has been taken off of a single father trying to raise 3 daughters on his own, to his widowed daughter raising three boys, the premise is pretty much the same.  Uncles Jess and Joey return to occasionally help out with the kids, Kimmy Gibler is as annoying and intrusive as ever, and DJ and Tanner are still having sisterly heart to hearts. 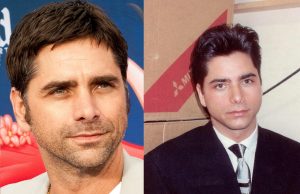 John Stamos now vs then

Family friendly and lathered with cheese, the characters have the same punch lines, quirky behaviours and silly situations as they did in the 90’s, only now some of the references fall flat to modern audiences. Because of the 20-plus year difference between the two shows, many of the catchphrases feel forced and awkward, and keep the scenes from flowing like they should.

The great thing about Fuller House is that it embraces many of these quirks and just rolls with it. Watching a cast who delightfully want to return to a show that meant so much to many people growing up in the 90’s is heart-warming, even if some of the script is a bit corny.

As long as you can recognize this show is made for its fans, and you are one, you’ll probably thoroughly enjoy the show. It’s refreshing to see that we’re moving into a new day and age in television, where some shows can be brought back and catered to the wants of their audience. However, this kind of format leaves very little to be desired for newcomers, who will find Fuller House more akin to a Disney Channel show than a well-developed sitcom.