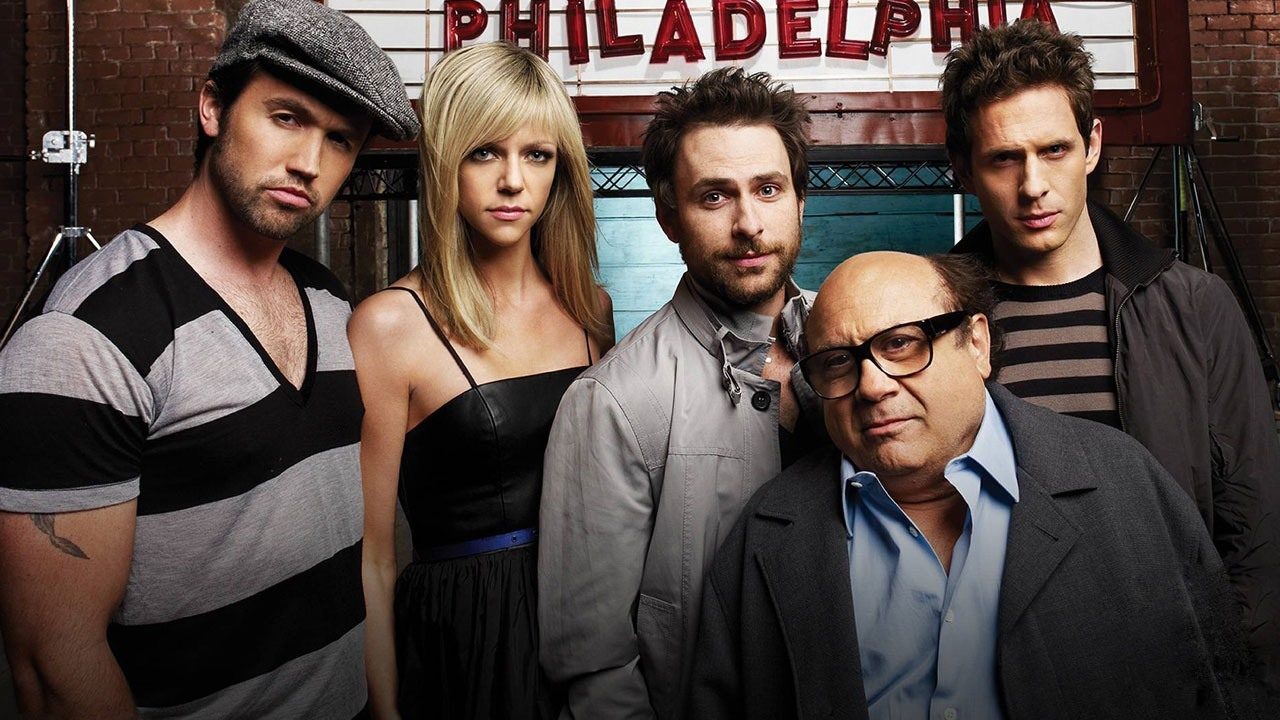 It’s Always Sunny in Philadelphia follows the antics and mishaps of a group of friend who are pretty damned horrible.

Charlie, Mac, Dennis, and his twin sister Sweet Dee own and run Paddy’s Irish pub together in Philly. The workshy group spend their days drinking, complaining, and being hilarious.

Season two introduces the always-funny Danny Devito. Throughout the series we see Devito’s character gradually escalate from the well-off dad of the twins, to a gutter-loving creep sharing a sofa-bed with Charlie, who is the much-abused janitor (despite technically being one of the owners).

The show is full of dark laughs and disgusting scenes, such as the scene where a naked and sweating Frank (Devito) bursts, gasping for breath, from a sofa he had sewed himself into. It’s hilarious, but I was pleased my stomach was empty.

It’s not night-time watching. The gang mainly communicate with each other by shouting and screaming, so maybe turn your volume down, but it’s worth trying out. Rob McElhenney, co-creator of the show and Mac on screen, explained the process for writing the show: “one member of the gang gets an idea and no one puts on the brakes, and it keeps escalating and escalating”.

The show constantly pushes boundaries, addressing big topics like religion, politics, life support, abortion rights, racism, and consent, and they do so in a simple but dank setting. Within this small group of selfish and self-obsessed people, the producers are able to talk about big things. My favourite moment of revelation came from Frank: “I bought a stake in Gunther’s Guns. I got everybody angry and scared. They bought the guns. I made a fortune… Everybody does it. Liberals, conservatives – doesn’t matter. This is America. You’re either a duper or a dupee”.

This is easily my favourite American TV show, mainly because I love it when a story makes you relate and empathise with an unpleasant person (like in A Clockwork Orange).  I also love that you can watch it just for the loud characters and crass jokes, while also learning from it. It stays culturally relevant and clever while disguising itself as just one gross joke after another.

Skip if you’re squeamish, but if you love to laugh at what you probably shouldn’t, then definitely give it a watch.

It’s Always Sunny in Philadelphia is available through Netflix.