6 Reasons why you should be watching Community 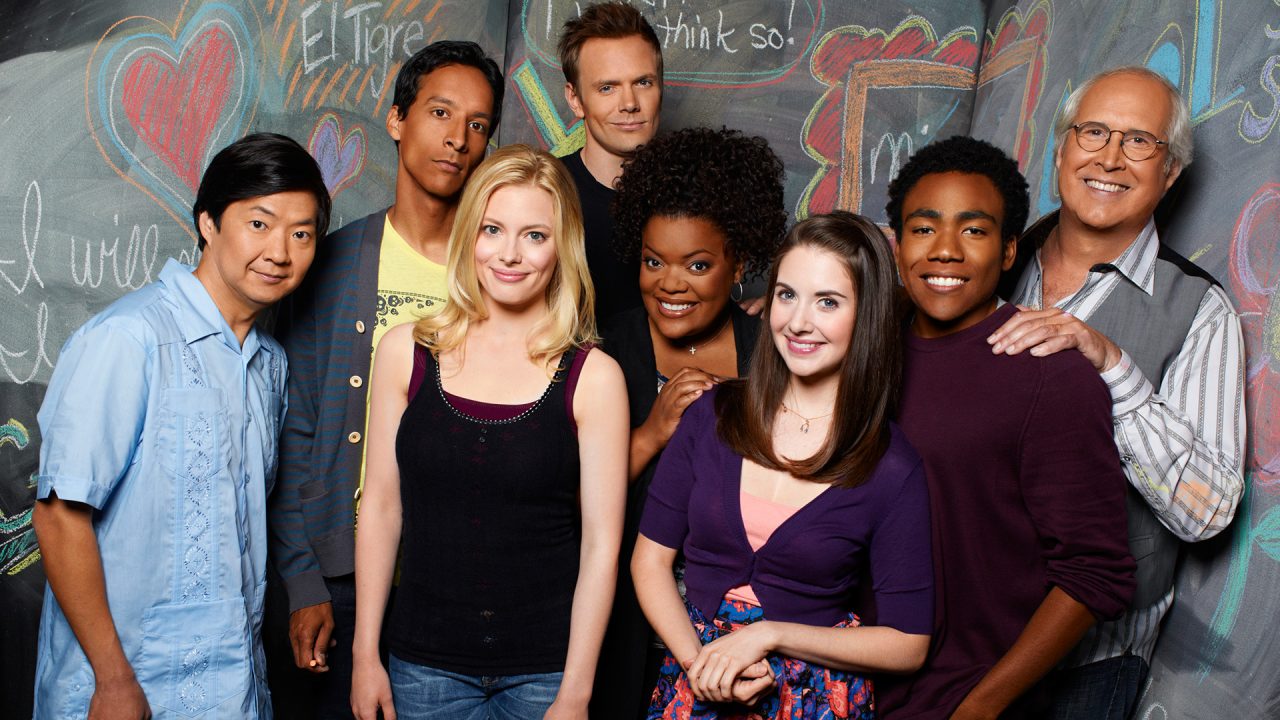 Community is a show that follows seven members of a study group through their time at Greendale Community College. Throughout the show, the group faces many challenges in their attempt to graduate, including paintball wars, the ice cream dressed dean of rival city college, tiny nippled boyfriends, a keytar playing Spanish teacher, an evil multiverse, murderous glee club teachers and zombies. If you’re still not convinced, here are 6 reasons why you should be watching Community:

1. The main characters are one of the highlights of Community. Many popular shows can claim to have strong leading characters, but more often than not there is a clear least favourite and often for good reason! Community differs from the norm by having a strong cast of well written characters that are strong both individually and when engaging with others.

2. One of Community’s strengths is its recurring characters such as Leonard, a member of the hipsters due to having a hip replacement, and Dean Pelton, the school’s cross dressing Dean, often appearing for seconds or a few minutes to deliver entertaining one liners. Community also has many guest stars that have appeared over the seasons. My personal favourite was Betty Whites’ appearance in Season 2 as an anthropology teacher who later raps with Troy and Abed.

3. Character Growth is something that Community does well as the growth is continual and not instant. Characters don’t just change overnight. The growth is instead gradual throughout the seasons such as Jeff in the first series, as he grows as a person and accepts that the others will come to him for help and advice. Annie’s growth is also something that is more noticeable the bigger her role becomes. Being the youngest character we see her mature and grow throughout the show despite the occasional pen-related tantrum.

4. Comedy is of course a big part of Community and is something that is done well. Although some jokes and themes do make reappearances, such as Troy and Abed in the morning, they are not overused and are often quite welcome. Pop culture references play a big part in the show with Abed often comparing situations and events to scenes in popular shows and films.

5. Holiday specials are something that Community does better than most. Halloween with zombies chasing characters whilst ABBA plays is as entertaining as it sounds. A stop=motion animated Christmas special, with the fantastically named Troy soldier, is a welcome surprise and even the musical Christmas episode is done exceptionally well, fitting individual songs perfectly with the characters.

6. Ben Chang/Señor Chang/Kevin is brilliant enough to be a reason to watch Community all on his own, switching between friend and foe at different times during seasons. Chang’s highlights include impersonating Gollum, being a dark elf, the world’s first victim of Changnesia as well as becoming the leader of the Changlorious Basterds.

You can watch Community on Netflix, while Season 6 of community airs on Yahoo! Screen on March 17. #SixSeasonsandaMovie