Overall, 2014 was a pretty great year for television. There were many great debutants such as True Detective and Fargo, and many other television shows that carried on with fine form such as Game of Thrones and Orange is the New Black. As the Golden Globes and Screen Actors Guild have announced their winners, the Seren team has decided to pick who we thought derserved the awards.

Game of Thrones won this category by a landslide, and it’s no surprise given the popularity of the show. Nearly everyone I know – including myself – was skeptical when they first heard of the show. For me, the mere mention of a fantasy TV show dredged up uncomfortable memories of being made to watch the full Lord of the Rings trilogy. What sets Game of Thrones apart is its unpredictability. Even book readers like myself have no idea what’s coming next. Game of Thrones represents the new breed of TV show, with its smart writing, amazing locations and top-notch acting, with enough plot twists to keep M. Night Shyamalan on his toes.

American Horror Story won Seren’s TV award for “Best Mini Series” because it’s a genuinely well crafted, well written and well acted series. As one of the best series I’ve seen in a long time, American Horror Story combines supernatural aspects, humour and gore to highlight the horrors of the human condition. The superb acting from Jessica Lange and co is only a portion of what makes this series so fantastic. You never know what’s going to happen next, never know what’s around the corner. Having a new story to dig your teeth in every series is really refreshing. There is nothing else out there like American Horror Story. 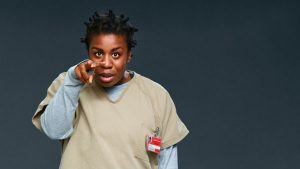 The actress, Uzo Aduba, most famously known for her portrayal of ‘Crazy Eyes’ in Orange is the New Black, won best actress of 2014. Why, you ask? When you look at Uzo Aduba in interviews, compared to her role in the show, you can see just how much determination and effort goes into acting her role. Uzo Aduba is also part of a larger movement and trend of 2014, which saw the rise of black actresses being cast in more diverse roles in TV shows and films. Her role as ‘Crazy Eyes’ is fantastic and I cannot wait to see more in the next season of Orange is the New Black. 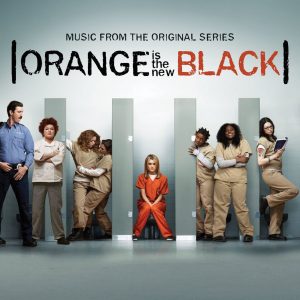 2014 saw the return of Netflix’s Orange is the New Black, and the second series certainly didn’t disappoint. Adapted from Piper Kerman’s memoir of the same name, the show follows Piper (Taylor Schilling) after she’s arrested for drug trafficking and winds up in a minimum security prison with her lesbian ex Alex (Laura Prepon). Witty, bold and honest, OitNB boasts one of the most diverse casts on current television. If you sniggered at the tampon-bagel in season one, season two will have you in stitches, because the ladies of Litchfield Prison just got a whole lot nastier, and the results are darkly hilarious.

Peter Dinklage’s win as the best actor in this year’s Seren TV awards was well deserved. Dinklage has been rocking his role as Tyrion Lannister from the very beginning, but during season 4 we truly saw his versatility as an actor, delivering one of the most awesome monologues in the show’s history. Tyrion is one of the most well-liked characters of the cast, also his storyline is one of the most interesting of Game of Thrones at the moment but Dinklage’s great acting is another reason that keeps us rooting for Tyrion as long-awaited season 5 dawns upon us.