The Season of Friendship 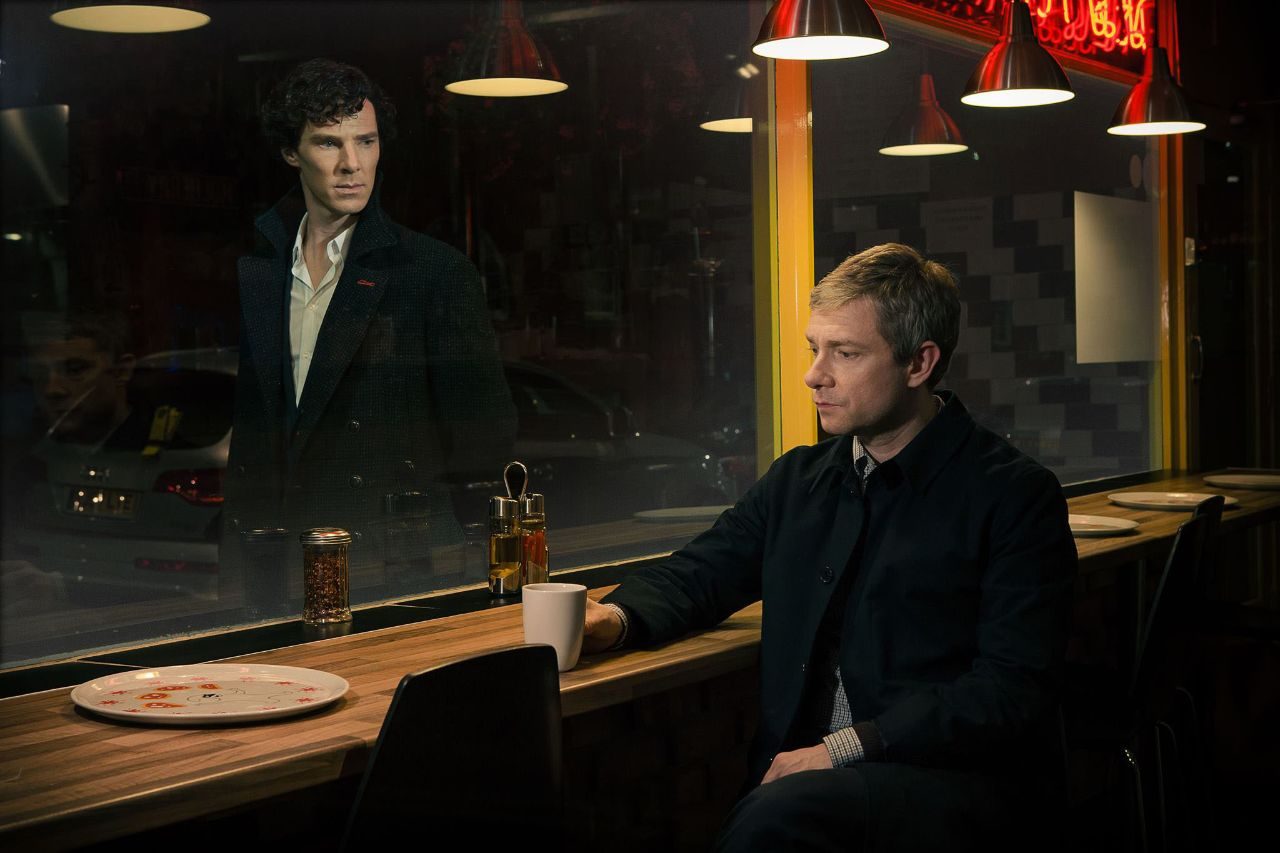 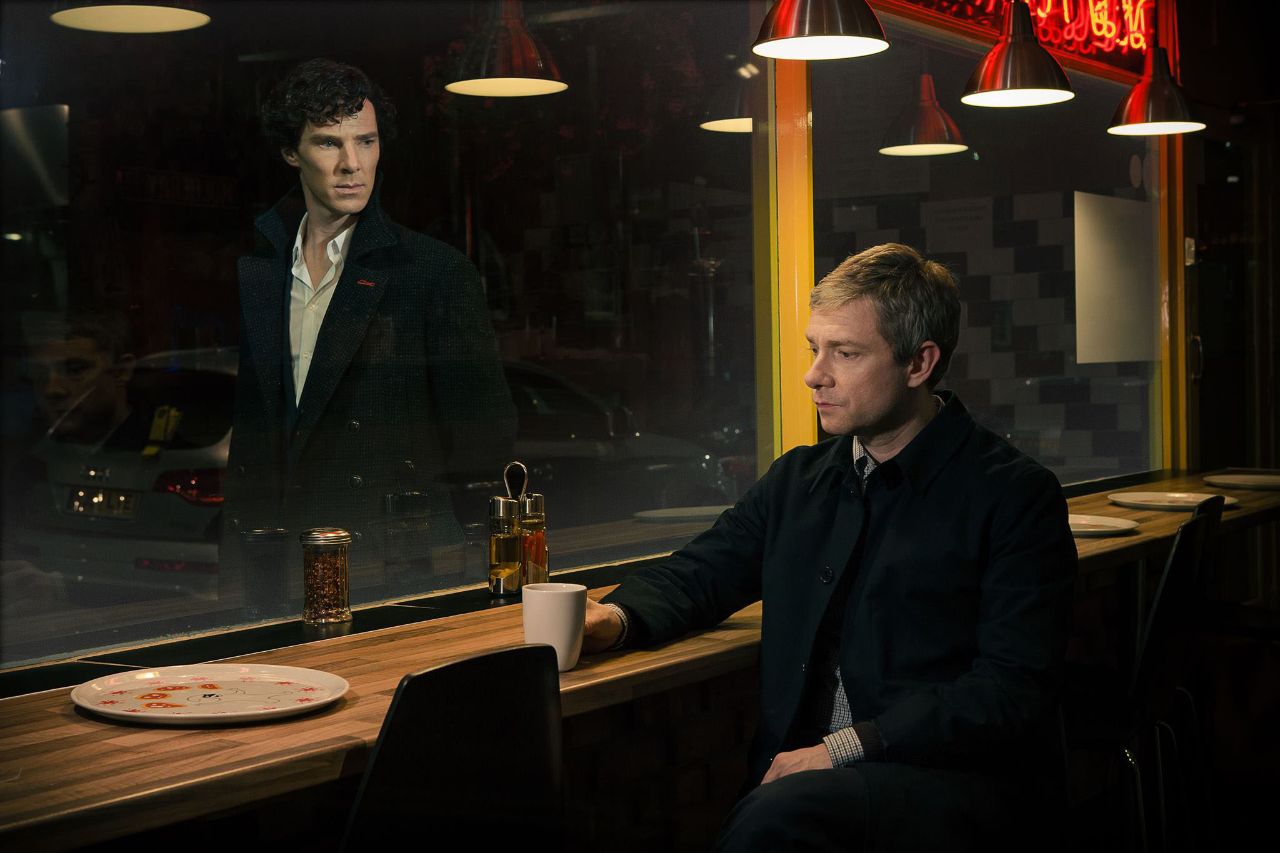 BBC’s Sherlock fans waited somewhat patiently for two years to find out how Sherlock Holmes survived his fall in the season two finale, and when The Empty Hearse aired on New Year’s Day they were not entirely disappointed. For they were not given one explanation of how our hero survived his fall, but several – ranging from Sherlock bungee-jumping off of the roof, smashing through a window and kissing Molly Harper in a move that left several with weak knees, to Moriarty and Sherlock giggling and conspiring together to trick John Watson and then leaning in for another kiss. There was a lot of love in this episode. We even got a Gavin – sorry, I mean, Greg Lestrade and Sherlock hug.

What I really loved about this season was the way that the writers really focused on John and Sherlock’s relationship. After having been separated for two years and with one believing that the other was dead, there was a lot of work that had to be done to fix this friendship. And while it seems that this season was directed by fanfiction (which fans have been assured that it was not), you could practically, and in my case literally, hear the fans screaming with joy as we were given Sherlock and John hugs, a very heart-warming speech given by John to Sherlock as a bomb ticked down, and an incredibly touching best man’s speech by Sherlock to John. We even had them rescuing each other a couple of times – aww!

This season had fans laughing, crying, screaming, reaching for the alcohol and for the most part loving it. I know a few people were not happy with how the season was being written, but personally I thought it was brilliant. The acting was superb – Benedict Cumberbatch was spectacular all the way through as usual but he particularly shined with his performance in The Sign of Three, and Martin Freeman was the perfect Watson as always. Fans loved Watson’s love interest Mary Morstan, played by Freeman’s real-life partner Amanda Abbington who did a wonderful job, making us fall in love with her and then BAM! Plot twist: her dark past is revealed, she hurts our boys and yet we still love her and everything turns out rosy (we’re going to be getting a baby!). We saw the boys in action once again as they solved cases, and we were even given a very creepy villain in the form of Charles Augustus Magnussen, who may I say BLEURGH! Who licks other people’s faces and urinates in their fireplace?! Exceptional acting from Lars Mikkelsen by the way, you made me dislike your character more than I did Moriarty.

Speaking of which, I cannot wait to see what season four will bring, which is apparently going to be aired Christmas 2014 (tears of joy from Sherlockians worldwide). It will no doubt be thrilling and emotionally traumatising so there’s that to look forward to. I’ll just be here waiting patiently until Sherlock graces our screens once again – probably watching the show over and over until its back, if I’m being honest.