Blackadder, Show Us The Way! 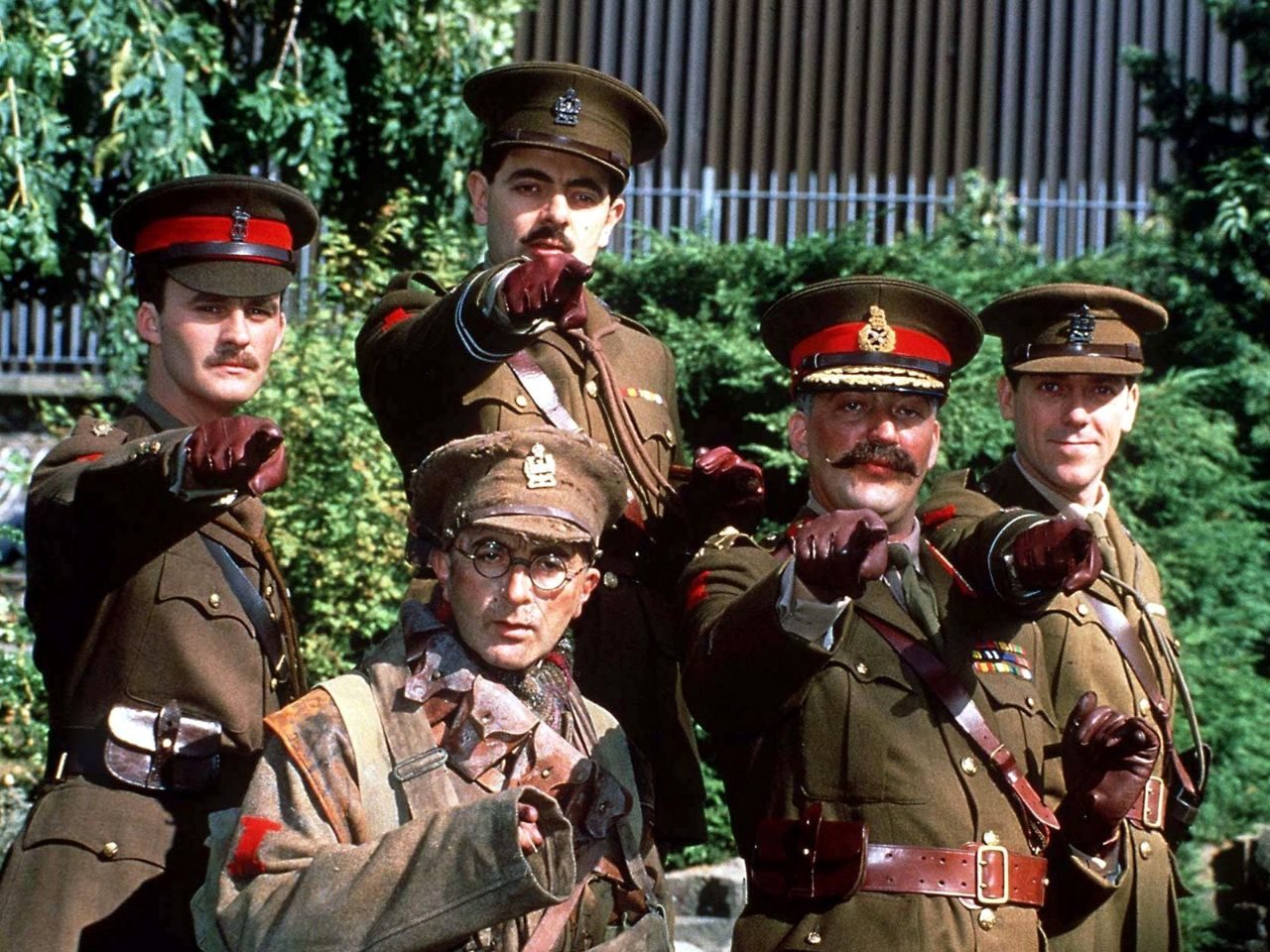 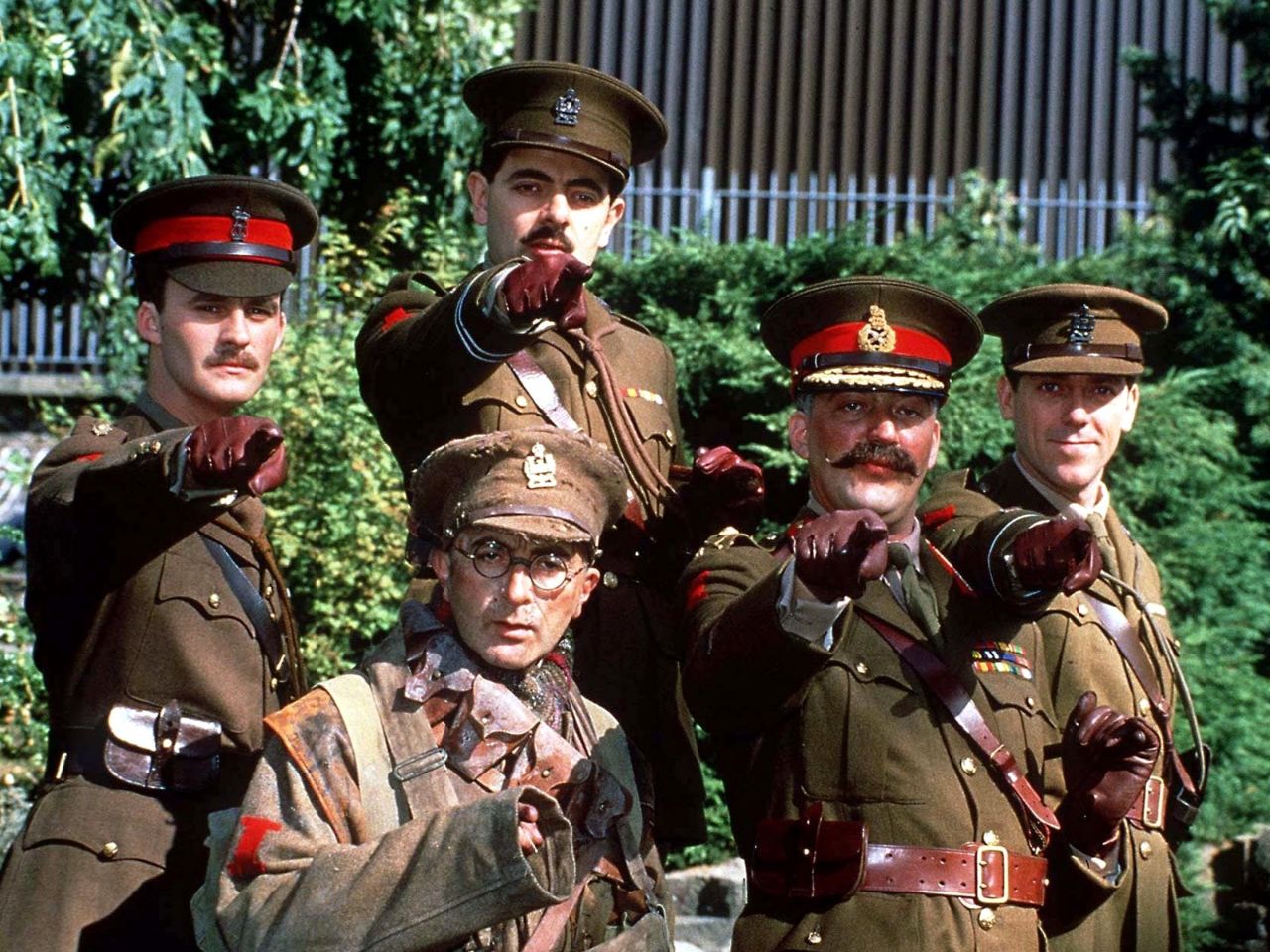 Michael Gove recently criticized this much loved sitcom about its depiction of the First World War and how “left-wing academics” were using it “to feed myths” and damage patriotism by clearing Germany of any blame. How? It is a useful and also very amusing learning tool. Well it was for me…Thank you Rowan Atkinson and Richard Curtis.

I will be honest and say that the first series, The Black Adder, was not a huge success. The funniest moment was in the first episode when Blackadder accidentally kills his uncle – Richard III. History is therefore re-written and instead of Henry Tudor taking to the throne we have Richard IV (Brian Blessed). Blackadder’s character is somewhat weak and feeble, nothing compared to the evil figure we have come to know and enjoy.

Blackadder II was a greater success for many reasons: Ben Elton became a co-writer, Blackadder became more suave and evil and Baldrick became more stupid. In addition they brought in a completely new cast, including Miranda Richardson and Stephen Fry. The standout performance is that of Richardson as Queen Elizabeth, portraying her as spoilt and childish, yet also powerful and enjoying the sight of people having their heads cut off.

Blackadder the Third has Blackadder as a butler serving the loud-mouth Prince Regent (Hugh Laurie), who himself is a complete arse. The two best episodes from that series were the ones where Baldrick becomes an MP (where we finally learn his first name) and when he accidentally burns Dr Samuel Johnson’s dictionary, leading to Blackadder having to rewrite the whole book overnight.

The final series, Blackadder Goes Forth portrayed life in the trenches during the First World War. Ben Elton once said that if there was ever a subject that needed satire it is people going blindly to war. It is a hard topic to make a comedy about, yet they do so in a bold yet respectful way. In many ways, the final episode when they go over the top provides what is perhaps the greatest finale in TV history. It stops being a comedy in the last few minutes and becomes poignant.

I once did a piece of year 9 coursework about life in the trenches. The only research I did was watching the whole of Blackadder Goes Forth. I did not get the best mark for it, but at least my teacher had a good laugh and understood my humour.

It is hard to believe that Blackadder is over 30 years old, but it is, in my opinion, the yardstick for any historical comedy. As Blackadder himself once said: “I want to be remembered when I’m dead. I want books written about me. I want songs sung about me. And then, hundreds of years from now, I want episodes of my life to be played out weekly at half past nine by some great heroic actor of the age.”

So Mr Gove, are you saying that the war did or did not start because some bloke called Archie Duke shot an ostrich because he was hungry?