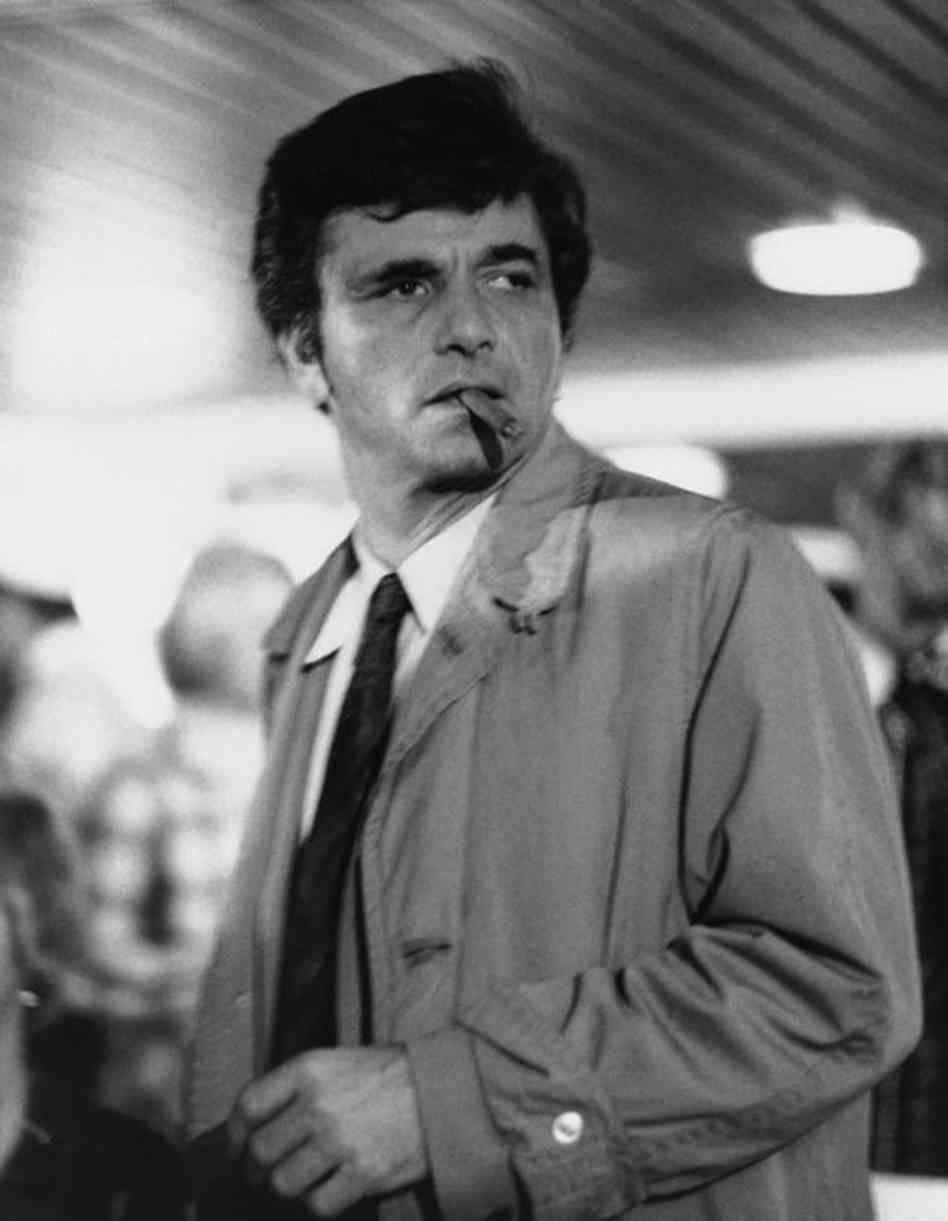 A sudden death has taken place. The police are called. Among the investigators wanders the most unthreatening figure you can imagine. A short, unkempt, overly polite and sort of goofy-looking fellow wearing a beaten-up trenchcoat and chewing a cigar tentatively. He goes unnoticed but all this time his mind is ticking. He asks an innocent question about a newspaper or a pair of gloves, throwing in a story about his wife or dog to go with it. Still the web of these tiny little details is coming together in the brilliant head of this common-appearing man. This death wasn’t accidental. It was a murder.

When Columbo first premiered as a TV-movie in 1968, it was unlike any other crime series of its time and popularized the inverted detective story format. The crime and its perpetrator were shown to the audience right in the beginning of each episode and the tension would build up as lieutenant Columbo (Peter Falk), the brilliant mind of the LAPD, would work his way to get the murderer caught.

This revelation would be achieved through endless visits to the suspect’s house, telling more chatty stories and leaving the conversation to return a minute later with ‘just one more thing’. The official investigation would slowly pipe down but still Columbo would return to the suspect like a stray dog, irritating them to the point of raving madness until finally the final forgotten detail would come out which would result in the suspect’s arrest.

As a character Columbo differs from the TV detectives of the day. Whereas the truth is often scared or beaten out of the suspect, Columbo built his plans of uncovering the murderer on being friendly and likable, resulting in him being underestimated by his opponents. Underneath the simple appearance a brilliant mind was working and always succeeding in the end. Columbo’s first name was never revealed and his much spoken wife was never shown but still he remains one of the TV’s most popular detectives of all time.

The show aired in US 1971-1978 before getting cancelled and more occasionally between 1989 and 2003. The show was broadcasted in 26 countries and was particularly popular in Iran and France. Columbo received numerous awards including 13 Emmys, two Golden Globes, two Edgar Awards and a TV Land Award nomination for Falk in 2005. The show also spawned a short-lived spinoff, Mrs. Columbo, which was cancelled after only thirteen episodes due to the negative critical and public reaction it received.

After Peter Falk, who played Columbo for over forty years, passed away in June 2011, a complete Blu Ray boxset of Columbo was released in Japan to commemorate his memory. The box set was presented in a faux-wooden cigar box.
”He looks like a flood victim,” Falk once said of his character. ”You feel sorry for him. He appears to be seeing nothing, but he’s seeing everything.”