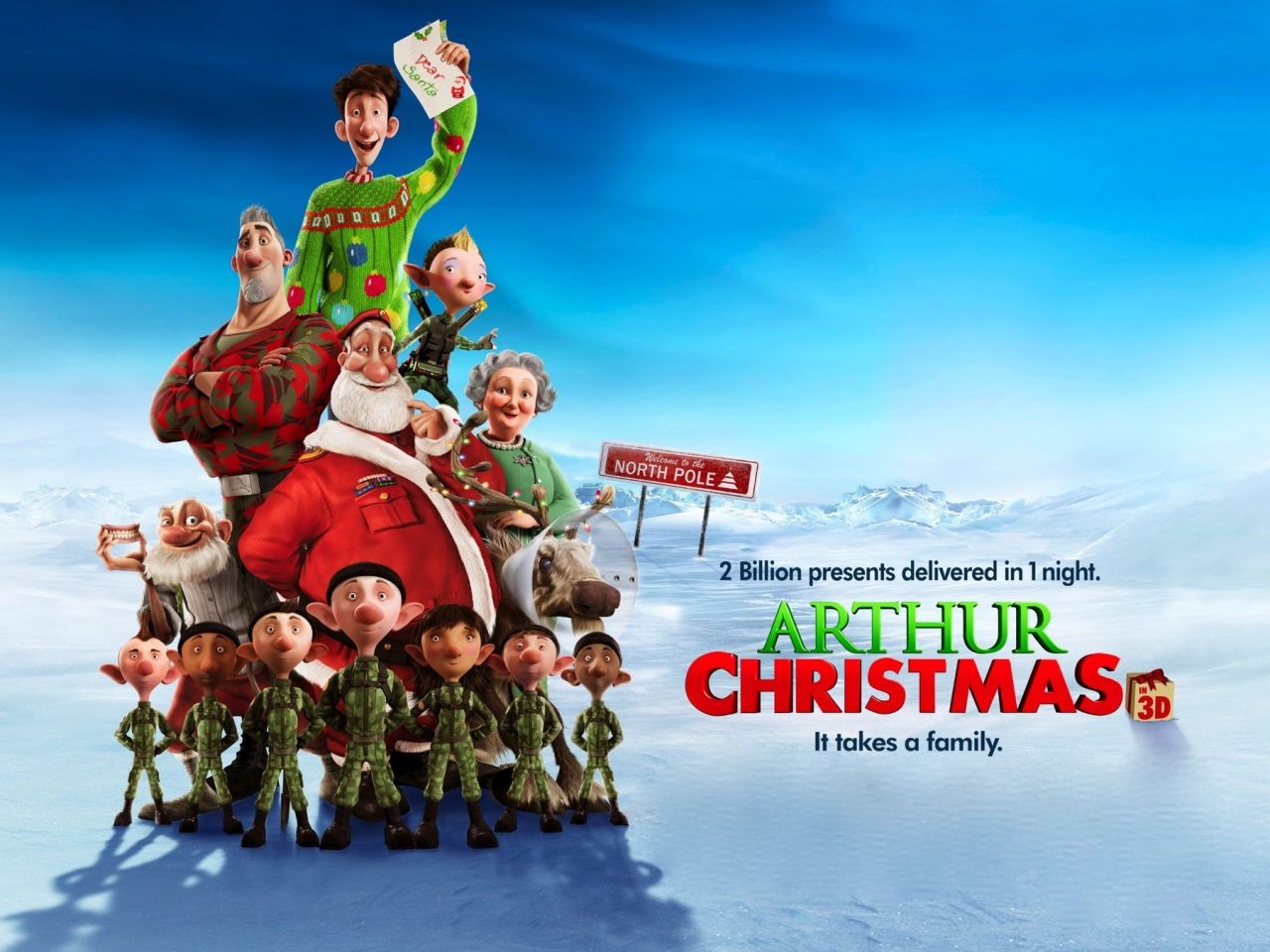 With the Christmas season just around the corner, Arthur Christmas is the first film to bring audiences into the Christmas mood. Released on 11th November Arthur Christmas tells the story of how the son of Father Christmas (Arthur) try’s to stop one child being missed after her present isn’t delivered. The film is presented in both 3D and 2D and answers the age old question that every child asks, “How does Santa deliver all of those presents in one night?” The audience is introduced early to the whole of the Claus family that includes, as well as Father Christmas, Arthur, Steve and Grandsanta.

Answers the age old question that every child asks, “How does Santa deliver all of those presents in one night?”

Arthur Christmas is voiced by a great cast, which includes James MCAvoy (Arthur), Hugh Laurie (Steve), Bill Nighy (Grandsanta), Jim Broadbent (Santa) and Ashley Jensen (Bryony). The British cast really do bring the film to life and each voice allows the audience to love each individual character. There is a mixed bag of humour and the story presents laughs for people of all ages.  Even though the film is predominantly aimed at children, adults will get a good laugh too.

In parts the story is slightly slow and it does take a little while for the overall story to kick in after the audience is introduced to everybody necessary. As previously said, the comedy elements are presented for all ages so some of the comedy does fall short for the younger audiences and probably doesn’t get the laughs it deserves. The film is only 97 minutes long and is probably the prefect length to keep people interested. If the story was any longer then people would get bored and it would just be too much to absorb for an animation film.

Overall though, Arthur Christmas is a great film to kick of the 2011 Christmas season. The story is full of Christmas spirit and tells a new, modern and original story. The cast are great and audiences are transported into a world of Christmas joy, children leave still believing in Santa and adults can enjoy the humour and honestly people are bound to leave the film knowing that is has confirmed what we all truly believe and that is, ‘In Santa We Trust’. To wrap it up, people of all ages will enjoy Arthur Christmas and the journey you take with the family of Father Christmas.