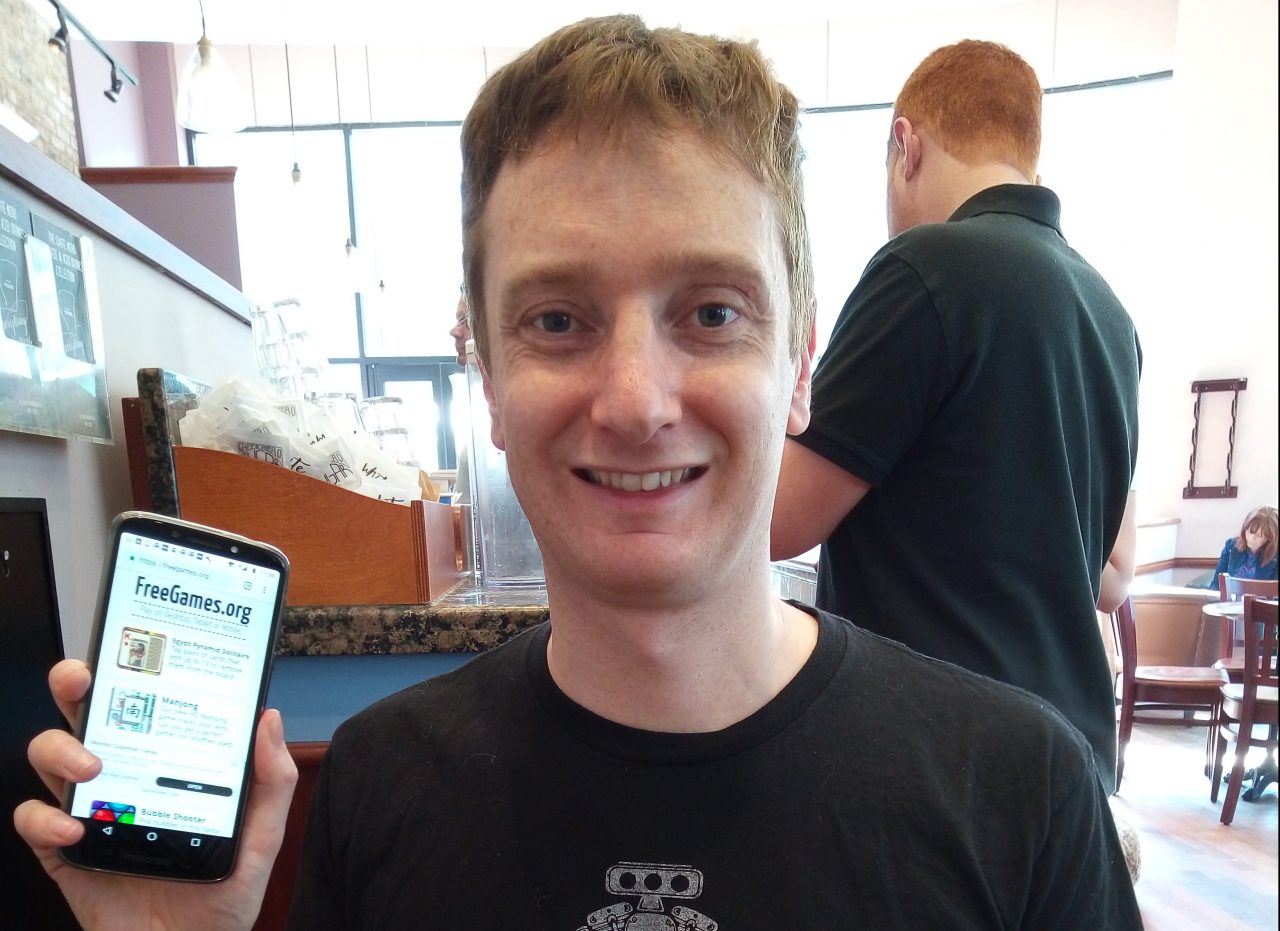 Gaz Thomas, 36, is a local from Llandudno Junction who started making games as a hobby in 2008, while studying at Bangor. His website, freegames.org, is now the first-ranked free games site in the United States, and his most popular creations can be found embedded in over 14,000 others. Sitting at a little table in a lunch-rushed Bangor café, he told Seren how he got to this point.

How did you get into game design? 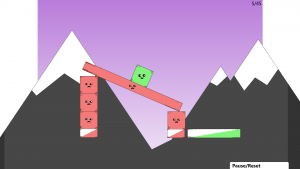 “I spent 7 years in Bangor University as a student. I was doing electronic engineering, and then I started doing a biochemistry PhD, and I was struggling with that.

If I start from the beginning, I started making websites first. So I was trying to make some money in my spare time. I’d read an article about internet millionaires and I was like ‘Well, I want to try that’, so then I started googling how to make a website. I made a few websites- I think I made about a dozen and then one of them was called the GameHomepage.com, where I’d collected my favourite flash games from around the internets. And I go, I’ve got a cool site here but I need to promote it- I don’t have any money to promote it, so that’s when I learned how to make games. I googled ‘how do you make a flash game’ and then made Tangerine Panic, that was it! I was hooked.

Back then I used to publish them on about three different websites: my website, Congregate, and Newgrounds and I’d add a little button in the corner of them ‘add to your sites.’ I did it full time for about 8 years or so, and then a year and a half ago, I was feeling a bit cooped up at home. And so I now currently do a part-time job as an enterprise officer. But it’s picked up so much now I think I’m going to have to do it full time again.”

How did you find the experience of being self-employed? 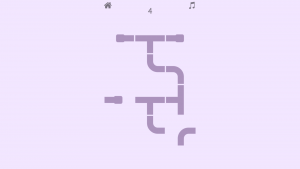 “When I first started, it was very difficult. I’d get up in the morning and be like ‘Oh, I need a bit inspiration,’ so I’d start my PlayStation, I’d play on it a bit, and then I’d hear my wife coming home from work, the key in the door and I’ve been playing it all day. So that’s where I started. But then you’ve just got to become disciplined, you’ve got to say ‘I’m going to work on this between now and then’ and just get on with it.

It was years before I even met another game developer. And that was at a conference and I was really surprised. Because I just make the whole thing- I come up with the idea, I draw everything, I make all the levels I do all the coding. So then I went to a games developers conference in London about 3 years in, and I thought ‘Ah, it’d be cool meeting all these other game developers.’ But then when I’d talk to them I’d be like ‘Oh, so what do you do?’ And it’s like ‘Oh I worked on the new Halo game’ and I’m like ‘That’s amazing! What part of it, like what did you do? Did you make levels or something?’ and it’s like ‘Oh no, my job was making the teeth and mouth movements more realistic.’ And I was thinking ‘Huh, is he really a game designer, or is he a mouth designer?’ And then I met somebody else who just made trees. So I thought it was quite interesting, because I always thought I wanted to go bigger and be in a bigger company, but then I realised, actually, I like doing the small stuff because I can just do everything. Full creative control, the variety of working on all the different areas of it.

I can afford to be more creative than some of the bigger companies, which have so much money invested in this game, it’s got to meet these criteria, don’t want to be too adventurous. But I can just do whatever I want. That’s my favourite kind of game to make as well- weird ones. Stuff where it’s just a bit… strange.” 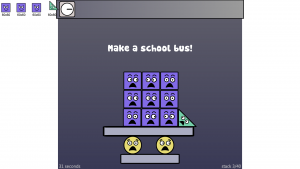 Do you feel there was a major turning point in your career?

“The game I made that’s been the most popular was Super Stacker 2. I was through a period where I was really struggling for money at the time and I come up with this idea of instead of trying to make a fully formed game and I’d release that, I started making just little snippets of games and I was releasing them in rapid succession. And then one of them was this idea called Super Stacker where you stack shapes on the screen, without anything falling off and people loved it, so then I spent the next six weeks, just every second, spare time I had, I was just working on Super Stacker 2. I released it and I’ve tracked over 235 million plays on it.”

How do you choose ideas to develop? 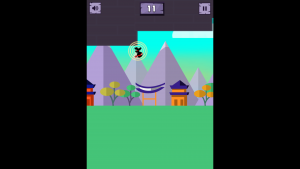 “Previously it was that whole trial and error thing- releasing little game ideas, putting them on the internet and seeing which ones people liked. But I was doing it for a really different audience then. I was mostly doing it for teenage males which was what these game portals were really popular with. So they wanted fresh, interesting, new ideas. But these days, freegames.org- most of the visitors are over the age of 65 and most of them are female. They like to play real life games but put onto the computer- so things like mahjong and solitaire. 80% of my visitors are over the age of 55, in total, so that’s what I’m catering to mainly, at the top of the page. But I’ve got self-indulgence projects too where it’s little games I want to work on, which is not so well suited to them, but I’m just putting them elsewhere on the page so that the people that like those kind of games can find them there too, and I get to make the stuff I want to make.”

Do you think you would have found a degree in game design useful?

“There’s times when I’ve been stuck on things and it’s like ‘huh, I really wish I did some training in this stuff, it would be really helpful now.’ Another way I look at it though is that because I don’t have any training in it, that maybe I’ve approached things a little bit differently, which has made me stand out a little bit, a bit different. I always think of Kurt Cobain- he learned how to play guitar just by trying it and he plays a right-handed guitar left-handed, or he did. You know, he did it different and his sound was different, so in a way maybe my games feel a little bit different because I don’t have any training.

Another thing I’ve always done, is I’ve not sat down, and learned things just for the sake of learning. My very first game, I was using code examples and tutorials to make my own game, so I’ve never made anything that was just a practice.

I try making things that experiment, rather than the whole thing of sitting down and setting a game brief. If I’d done a game development degree, they’d have told me you need to make a game brief, everything needs to be defined before you start the project. I don’t do that, I just start making. I’ll just be messing about, seeing what works. I’ve got folders with more unfinished games than games I’ve published, because I’ll stop halfway through and think ‘eh, no.’”

Is there a piece of advice that you would give to your younger self, or to someone looking to follow a similar path?

“To be honest, all I really needed to was keep going. There was lots of times when the business didn’t seem like it was going to work out or when it wasn’t making much money but I kept going anyway. Perseverance. But then, not just forward perseverance all the time because you’ve got to change direction lots of times. So always be looking out for new options and new routes and new ideas. So persevere, but also don’t be afraid to pivot your idea and change things a little bit.”