Is Yik Yak the future of social media? 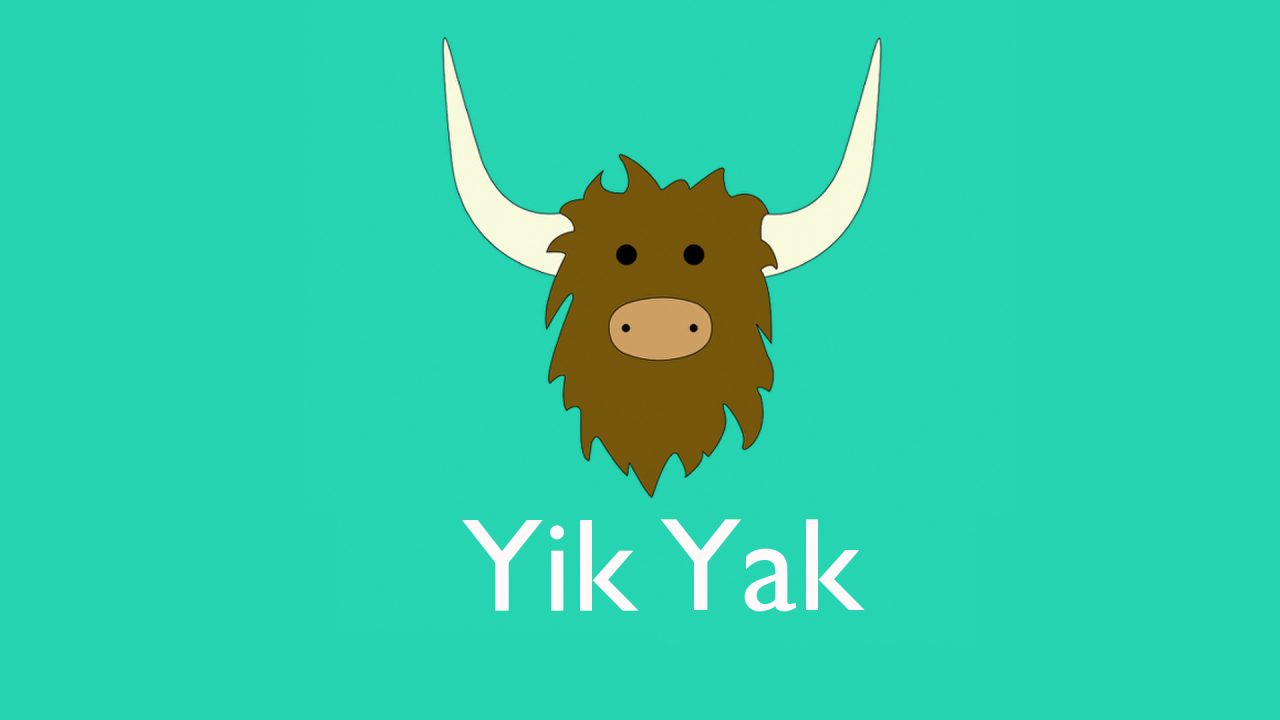 Have you become bored of Facebook and seeing all these photos of people’s holidays as you’re trapped in the library valiantly trying to complete your essay or report? Are you crying out for gossip on your social media that no one is willing to put up fearing the repercussions coming back to them or maybe you are the one that wants to say something and can’t. Well, I have the solution for you, Yik Yak.

The service offers anonymity to the degree that you don’t even register so there is no screen names to even track. It utilities a Reddit style system of up and down voting posts whilst restricting the posts you get to a 10 mile radius, keeping you up to date with what the users around you think is the most prominent issue. However, the guise of anonymity can have its negative effects.

Without the ability for anything that a user ‘yaks’ to be traced back to them, people are more likely to not monitor themselves, instead saying things they normally wouldn’t. This is an issue that Google ran into when they took over YouTube and, in trying to make people accountable by using their real names, started to see people stop commenting or making fake Google plus accounts to bypass the new system.

Now, I don’t see Yik Yak doing this due to the way in which it operates by allowing users in the same area to interact rather than a mass connection like Reddit or Twitter, however, it does mean that you will have some ‘interesting’ back and forths on the app, but this doesn’t mean it won’t be fun for everyone else watching and, if you are involved, you can always step away from it because, like the person you’re engaged with, they don’t know who you are, unless you mention it and they’re stood right behind you.