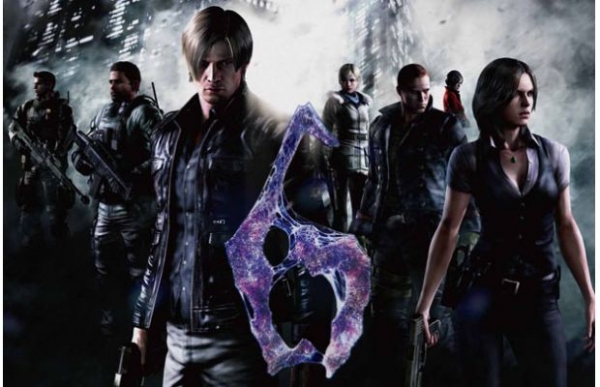 Resident Evil 6 was meant to be a landmark in the franchise, after a successful yet heavily criticised 5, and a 4th instalment that was effectively shunned by some fans, the 6th game aimed to go back to its survival horror roots.

The game has 3 primary story arcs that eventually link in with each other. Whilst Leon’s campaign feels like it has gone to the bare bone of the series, fighting his way through the more traditional enemies, Chris’ missions seem more like a bastard love child of the classic Resident Evil game and a modern day first person shooter such as Call of Duty.

The three stories make the game feel much longer which in the modern day of quick single players, expansive multi-players, and tonnes of downloadable content can only be considered a good point; I certainly don’t want to spend £30 for DLC to ‘enhance my experience’.

Resident Evil 6, whilst attempting to be modern and play into what people will buy has, in my opinion, kept a lot of the horrifying charm that made the series as successful as it was originally. We still have things such as herbs that can be mixed to heal the player, and we occasionally seem to get references to type writers and ink wells.

Initially the player starts with Leon, during what seems to be a never ending tutorial. However following a laborious and mundane task (which I seemed to fail about 20 times due to my apparent inability to read), I was plummeted into the bulk of the game, and I must admit, it impressed me.

Whilst some of the series’ diehard fans will no doubt feel as though it’s not exactly gone back to the old days where you walked like you were on caterpillar tracks, and couldn’t move and shoot, it’s good to see a game, and more importantly a developer, willing to push the boat out a bit whilst still keeping to its feel.

Overall I think I’ve enjoyed Resident Evil 6, despite having a logo that looks like a giraffe. I wasn’t a fan of the previous two games (although the mercenaries bit on Resi 4 did bring me some enjoyment). It’s nice to have a game where your enemies at times feel like more conventional zombies.