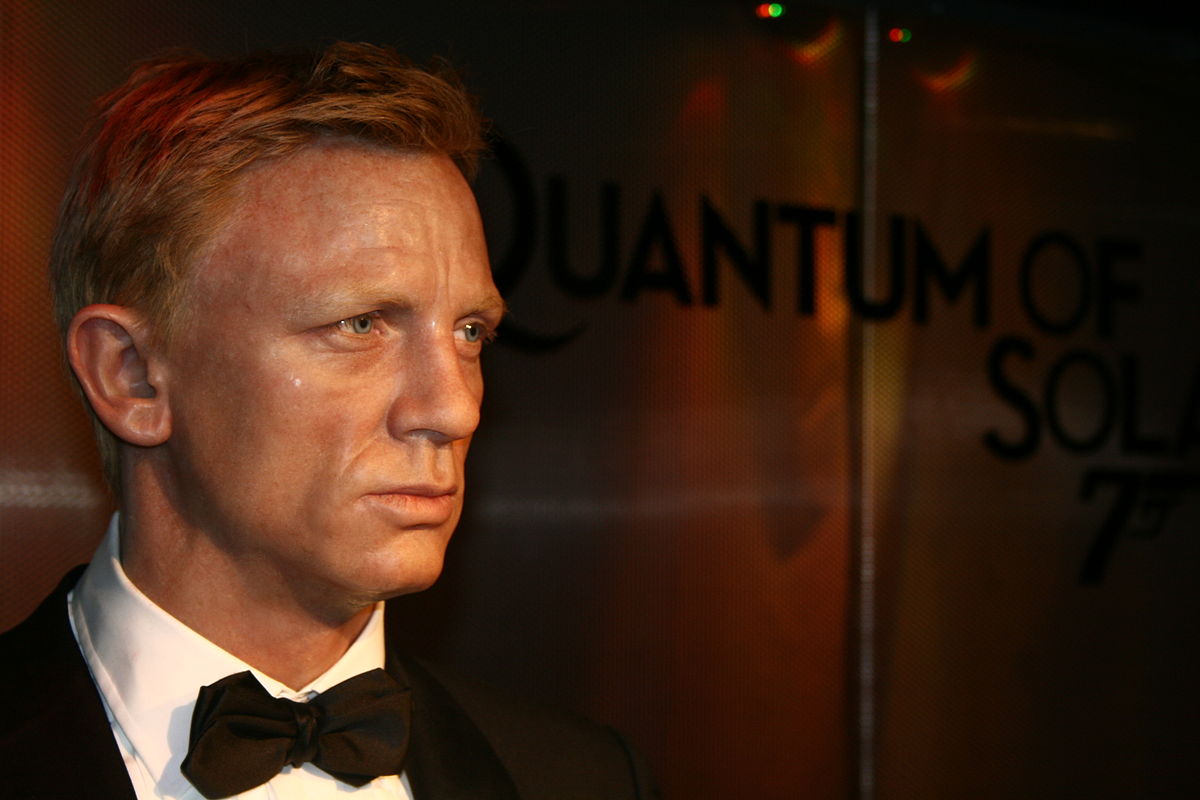 REVIEW: What is each Bond’s best film?

With the 25th entry in the James Bond franchise ‘No Time To Die’ close to finally making its delayed release, I thought it would be a good time to rewatch the entire series to see how the films have changed and developed over the decades. With multiple actors bringing their own style and flavour to their films, there is often complete tonal shifts between incarnations of the character; for instance the camp action comedies of the Roger Moore era are a completely different animal to the uber serious Daniel Craig entries. Therefore, I am going to treat them as separate entities and choose my favourite film from each actor to briefly review below. I am personally a massive fan of the Bond films, even when I can recognise that the quality of the film is lacking, I will almost always get something out of it. Although some aspects in terms of racism and sexism are clearly not acceptable in modern society, I do not hold it against the quality or enjoyment of the movies as they are a product of the time in which they were released. I will produce this list in a chronological order so without further ado I will talk about my favourite film from my favourite Bond.

1963’s Goldfinger might just be the most iconic Bond film ever made and created much of the imagery that became synonymous with the franchise for ever more. It is also one of the most heavily parodied James Bond entries which goes to show what an impact it has had on the film world in general. It gave us the iconic modified Aston Martin DB5 car, some of the most iconic one liners “No Mr Bond, I expect you to die” and so on, great action scenes, and Dame Shirley Bassey gave us one of the most iconic theme songs of all time.

But Goldfinger is much more than a collection of memorable quotes and cool looking gadgets, it is a great film in its own right. Despite numerous plot holes in the villain’s plan, the central plot is really intriguing as Bond tracks the mysterious Goldfinger across the globe as he tries to establish what he’s up to. Along the way we meet great supporting characters like the distinctive henchman Oddjob and his killer hat, and the recently deceased Honor Blackman as the evocatively named Pussy Galore. Her chemistry with Connery, as well as the characters arc through the story makes her one of the best ‘Bond girls’ in history. Connery is my favourite James Bond, the definitive Bond in my opinion, and this performance is his best as the character. He is physically imposing, charismatic, funny, and charming. Overall, it is a 9.5/10.

From a great James Bond, to a terrible one. George Lazenby only starred in the role once, and in my opinion that was a blessing for the series. Despite one amazingly delivered emotionally charged line right towards the end of the film his performance is extremely wooden, and he also didn’t bring the physicality of Connery and as a result he was hard to buy as the character.

The film itself has had a retrospective positive response, and many modern reviewers now consider it one of the best films in the series. Personally, I disagree, it’s a good film but not great as they struggled to do justice to what is perhaps the best Bond story. Some of the action scenes are great, the ski chase particularly which combines amazing stunt work accompanied by John Barry’s best score on a Bond film. However, the director Peter Hunt (who previously worked as an editor on the Connery era movies) brought a fast cut editing style to the action scenes which I really couldn’t stand. Although lots of people were a fan of the style, I really believe it’s jarring and takes you out of the film. If Connery had still been in the role, and they eased off on the daft editing then this could have been a phenomenal film. However, it’s still an enjoyable watch, and a 6/10 film.

Roger Moore – The Spy Who Loved Me:

This film is the antithesis of the Roger Moore era, an era which is certainly an acquired taste. Retrospectively a lot of these movies have not aged well, with a middle aged (slightly portly) James Bond getting into slightly slapstick action scenes. However, if you accept the Roger Moore Bond for what it is (and what they knew it was), a fun action comedy series then you can really start to enjoy it. Out of his 7 films I only think 2 of them are terribly bad (Moonraker and A View to a Kill), and the rest are very enjoyable.

When it came to choosing my favourite, it was a close-run thing between For Your Eyes Only, the Man with the Golden Gun, and this film: The Spy Who Loved Me. This film follows Bond as he is forced to team up with Soviet agent Anya Asamova (Agent XXX) to investigate the disappearance of nuclear submarines from both nations. Despite the 20-year age gap the chemistry between the two leads is fantastic, and it is one of the best romantic relationships in the series. Moreover, it has a great over the top villain in Curd Jurgens’ Stromberg, an aquatic loving billionaire who feeds his victims to the sharks.

This film has some of the best model work and set design in the Roger Moore era, and the submarine car is a particular highlight. The action is fantastic, possibly the best for one of Moore’s films, and although it is undeniably over the top and silly it is an incredibly fun film. I would give it a score of 8/10.

My least watched film on this list, and although not a bad film it is largely forgettable. Forgettable is a word that can be used to describe Timothy Dalton’s run as bond in general, although there is nothing wrong with his performance or the films themselves, there is nothing that particularly stands out about them either. Moreover, before I watched it again the only thing I really remembered from this film is the cello chase in the snow, which incidentally is a great action scene.

Following the silliness of the Roger Moore era this film has a massive tonal shift to a serious story. Indeed, this shift was the first attempt to ground the James Bond character, which would be perfected by Casino Royale 20 years later. Dalton’s Bond is a tough, strong, cold blooded killer and has little of the swagger of previous performances, but unfortunately he went too far in that direction and lost the much-needed charisma that the character brings.

The film itself is a perfectly serviceable action film, I would certainly recommend it if you are a fan of action films and the Bond series. It therefore gets a score of 6/10.

The first Martin Campbell directed film on this list, and the master of launching new Bond’s did just that with Goldeneye. Given the eventual deterioration in the quality of the Brosnan era films, Goldeneye often gets overlooked and I believe it is the most underrated entry in the entire series. It brings everything you need: a great globetrotting plot, an interesting delve into the bond character, great villains, exciting action set pieces and it finally hit a perfect tone that the Dalton films had not quite managed. Although I won’t spoil it here there is a fantastic plot twist which really elevates the story to the next level.

Moreover, Brosnan was fantastic as Bond (in this movie at least) he brought back the charm and charisma that had been sorely missing as well as keeping a bit of that edge from the Dalton era. Beyond the main man, the supporting cast is fantastic. Judi Dench makes her first appearance as M, and really makes that character her own. Sean Bean, Famke Janssen, and Robbie Coltrane all have small but impactful roles and are fantastic additions to the cast. The action is brilliant, including a memorable tank chase through the streets of Russia. I would highly recommend this film, one of the best ever Bond films and as such receives a score of 9/10.

The most recent film on this list is my favourite ever Bond film and is one of the greatest action films ever made. Once again Martin Campbell produces a masterpiece of a motion picture, and coupled with a stunning performance by the unfancied Daniel Craig brought one of the most memorable Bond stories to life.

Although Craig is not my favourite James Bond, this performance is perhaps the most in depth delve into the character and his motivations. Being an origin story, Casino Royale was the perfect script to use for this soft reboot of the Bond character and series; this was the attempt to create a darker James Bond that actually worked. I believe that, unlike the Dalton films, it worked this time due to the character still having vestiges of the suave Connery/Moore version of the character, and you really understood his motivation and why he was such a cold blooded killer.

Storywise, this is by far the best plot of a Bond film as we see him move from his first ever kill in the opening scene, through an intensely gripping game of Poker and numerous incredible action scenes. At the same time there is of course the incredible heart-breaking romance plot between Bond and Eva Green’s Vesper Lynd, this gives the film its emotional core and it is incredible. Besides the interesting plot, the action is also incredible. In the vein of the Bourne films it feels real and tough, and it’s edge-of-your-seat entertainment. The parkour chase across the cranes at the start of the movie is the prime example of this and is probably the best action scene in any of the Bond stories.

This is a must watch film, it has something for everything and is complete in almost every regard. Not only a great James Bond film, or even a great action film, it’s an amazing film in general. As such it unsurprisingly receives a rating of 10/10.