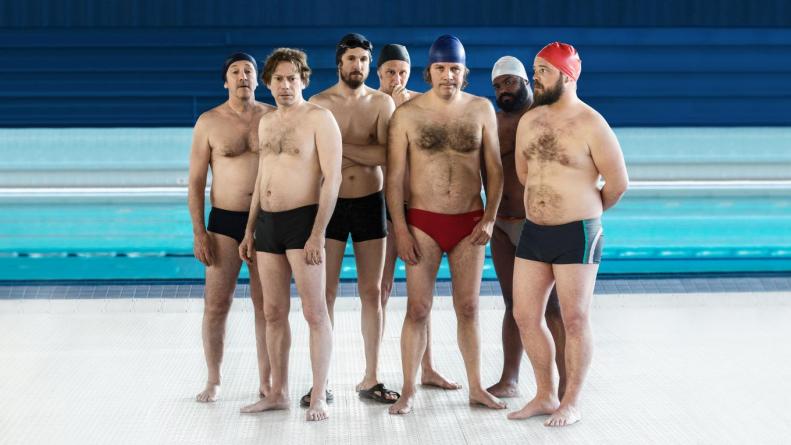 In amidst the hustle and bustle of the Palais, staggering from one pondering intense drama to another, each as bleak yet often as breathtaking as the last, sometimes what is truly needed is a comfortable watch to recharge the batteries and lower the brow from high, a smattering of chuckles and a story that fits like a pair of old slippers, familiar, a tad musty, but rewardingly well shaped to the beats of the path you have trodden many times before.

Enter Sink or Swim, a quirky French comedy that follows the fictitious creation of France’s first male synchronised swimming team, made up of several troubled souls all hoping for escape and release, square pegs for round holes and vice versa as the film very Amelie like suggests in its kitschy opening sequence.

There’s not a great deal to say about this one, other than that it is an underdog story we have seen countless times before that, through a great comic cast, manages to be engaging and just easy going entertainment. The soundtrack is bright and breezy, the cinematography awash with the pastel blues of the ocean, and the story bobs along at a friendly pace whilst never threatening a sudden surge of danger or a change in direction. If ever there were a film that feels like a day at the seaside, aside from Mr Bean’s Holiday of course, it is this.

Sink or Swim never feels at risk of drowning, nor does it aspire to pursue a challenging course, but it lilts and floats with the charm and cosiness of a calm ocean.

Sink or Swim has not acquired UK distribution but presumably will be importable by the end of the year and may yet see an on-demand digital release this side of the Channel.

Check out the trailer BELOW.