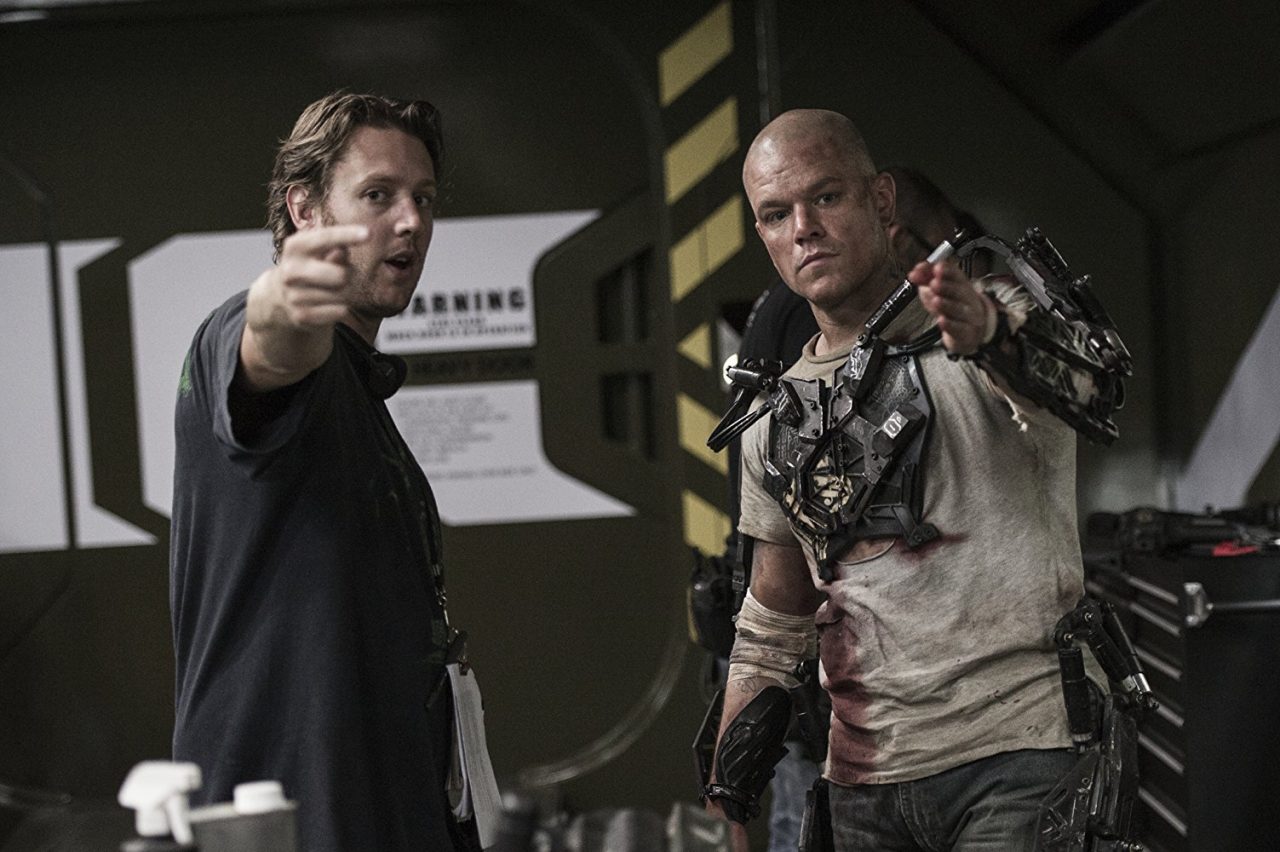 Neill Blomkamp is one of those directors that people don’t really know the name of. People are aware of his works, but unlike household names such as Christopher Nolan and Quentin Tarantino, no one really talks about him. It is safe to say that he has successfully kept under the radar. Now, don’t worry if you aren’t aware of who he is; Neill Blomkamp is a South African sci-fi film director who has only had three major cinema film releases. However, he is an incredibly active short-film director, but I will get onto that later.

Blomkamp is probably best known for the highly acclaimed and well received film District 9 (2009), which you may know of. The film is set in Johannesburg after an alien spaceship stopped over the city motionless. Inside were a species of alien worker drones called ‘Prawns’, but unlike other sci-fi films where they would be hostile or an enemy force, they are instead treated like second-class citizens and put in slums. The film is actually a social commentary of the apartheid and racism within South Africa, rather than a typical sci-fi film about space and spectacle. I did some research and actively went and asked various people first if they knew of Neil Blomkamp, to which the majority of people answered ‘no’. But when I mentioned or asked if they knew District 9, they were immediately aware of it. Which made me wonder; just why is he so unknown? His other major films being Elysium (2013), which, despite a decent marketing campaign, got swept under other big releases and Chappie (2015) received mixed reviews and ended up fading into obscurity. However, despite talks about District 9, both Elysium and Chappie are hardly ever mentioned.

I started wondering why these sci-fi films are so underappreciated. They had as great a production value as most films get, especially District 9; the set pieces are fantastic. They also have good characters and relatively in-depth narratives, focusing on sociological factors. Often, his films are quite gritty and are written to say something about humanity or society. In regards to his short films, they show human emotion or dark humour. The films visually and narratively are by no means terrible and I would highly recommend District 9. So why are they less known than other films in the genre? I believe it to be that they put ‘story over spectacle’. The other big and awe-inspiring films of the sci-fi genre such as Star Wars, Star Trek and the Marvel Films are all to do with spectacle. They have large, tense action sequences, vast set pieces, relying very heavily on wonder and a lot of the time, comedy. They don’t really focus on the interaction with the environment and social aspects. But Neill Blomkamp’s works seem to focus very specifically on human attributes and responses.

For example, District 9 isn’t about action or the wonder of the environment, it is about the responses between humans and aliens to project a larger commentary. Elysium, which does contain more action, is still a commentary about the interaction of social classes. This isn’t to say that the other films which project spectacle are bad, spectacle is fun and often enjoyable to watch, but with this being the norm, it puts expectations on the genre, so in all likelihood, these films probably get forgotten as they don’t fit the “normal” sci-fi pattern. There is also the issue of budget and marketing, which District 9 and Chappie didn’t see much of, but Elysium had a relatively large campaign as I previously mentioned.

However, Neill Blomkamp has strayed from creating cinematic releases and started his own short film company called Oats Studios, where he is at the forefront of production and creation of the films. The studio releases a lot of sci-fi short films throughout the year, some of which are in a series and others are stand alone. For example, Zygote (2017) is short horror film about a remote mining base where a monster has taken over, ADAM (2017) is a series of short films rendered entirely in the Unity engine and set in a post-apocalyptic world following robotic humanoids and Cooking with Bill (2017) is a series set like a 80’s cooking shopping commercial where stuff goes horribly wrong and focuses a lot on physical horror. The majority of the films tend to be sci-fi horror. However, the short films have quite a large following on Youtube and Steam.

Despite his lack of stardom on the global stage, Neill Blomkamp has not stopped making films and his love for the genre is evident in every film he makes. His studio produces films with amazing production quality for twenty-minute short films, the sets are mesmerising, the acting is fitting and well delivered, the props are realistic and the CGI isn’t done in a haphazard manner. However, the films still lack spectacle and instead, focus on the characters and environment. For example, the start of Zygote is two characters talking, and it is as if the conversation is mid-way through. You learn what is going on from the discussion and learn of the world, but without them directly mentioning it as the conversation fits between the two characters present in the world of the film. The quality of the films does vary between each one, but they are all genuinely good and I would recommend them. Some of them are rather disturbing, but they are meant to be rather odd, unsettling or hold disturbing humour. The films are also good to show just how wonderful film is, and the things possible with technology and cinema. It also goes to prove that short films can be just as good as larger films. I recommend you check out some of his films and look at Oats Studios. They may not be as well-known as others in the genre, but they are of good quality, unique in their design and interesting from a filmic standpoint; he is the unsung sci-fi great.