Are practical effects actually better than computer-generated imagery (CGI)? Most of you have probably heard the claim that practical effects are a thousand times better than CGI and that CGI ruins a film. Perhaps you heard such claims from friends, teachers, or even by a critic in response to whatever film is the target that week. I know I have come across this argument and debate countless times both in film classes and in the media. But just how much weight does this claim actually have? Is CGI a filmic disease bound to taint whatever it touches? Are practical effects truly so great? Now, there are countless benefits to using practical effects. So, if they are as good as people say they are, what makes them so good?

Joel Edgerton was in the 2011 prequel.

Well, one of the big reasons practical effects have an edge over CGI is that they are an existent entity. Compared to CGI, the practical creation of say a monster, or even an environment, enables the actors to interact with it directly, making the experience seem more real rather than hollow. For example, in John Carpenters The Thing (1982), all the alien models are physical creations, which is shown by how the actors react to what is going on, as it is happening while they are on set and focus on a real entity. If they are created with CGI, they are not an existent entity, and put into the scene afterwards, which can result in a slightly jarring or more unrealistic expressions, as it is hard for someone to react and act with something that isn’t actually present. This can be seen in the prequel of The Thing (2011), where some of the aliens are very obviously CGI, with the expressions and even gazes of the characters not fully matching what is supposed to be going on, because what they are supposed to be focusing on, is not an actual entity nor something they are acting with. 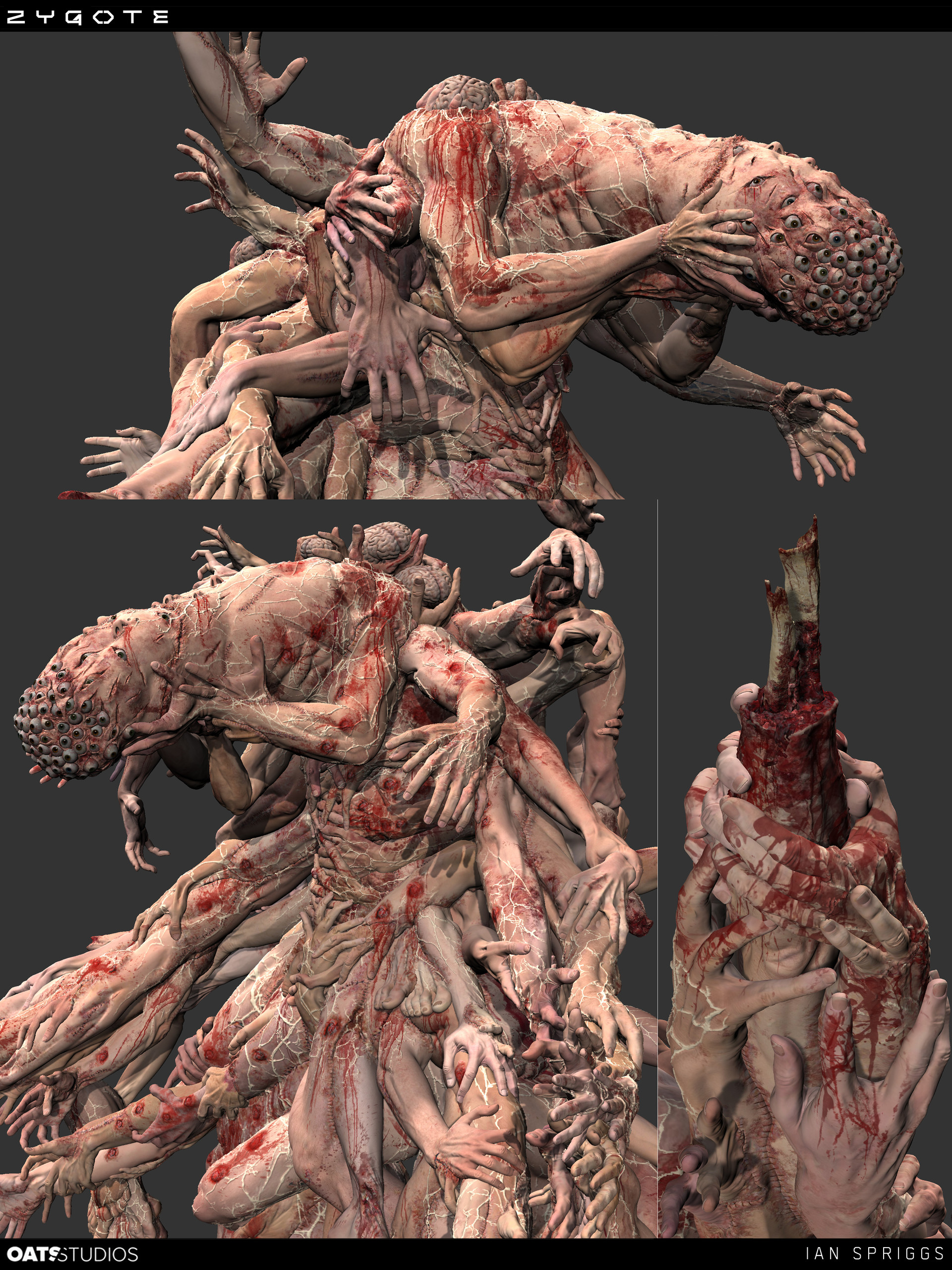 These are CGI renderings from Zygote.

However, this does not mean that all CGI is bad and that all performances with it are terrible. As we are using horror films for examples, a good example of reactions to CGI creations can be seen in Neill Blomkamp’s Zygote (2017). While only being a short film, the acting and reactions to the monster are powerful and are like a response to something that is present on set. For those of you who haven’t seen the film, I would highly recommend it just to check out the set pieces and use of both practical & CGI effects. This enablement of an actual entity however, just means that the acting tends to be more natural, as it provides the actor something to physically interact with.

Another positive to the use of practical effects over CGI is the lighting. It is easier for practical models to feel real as they are an actual object, meaning that the natural light will fall on them and cast a natural shadow. Whereas CGI creations don’t have this benefit as they aren’t real, thus shadows and lighting effects for them also have to be added in after filming and can again seem out of place compared to the rest of the lighting on set. However, while these are benefits and clear pros to the use of practical effects, CGI is not something which should never be used, as it plays an important role and can be incredibly useful in certain aspects, much more so than practical elements. 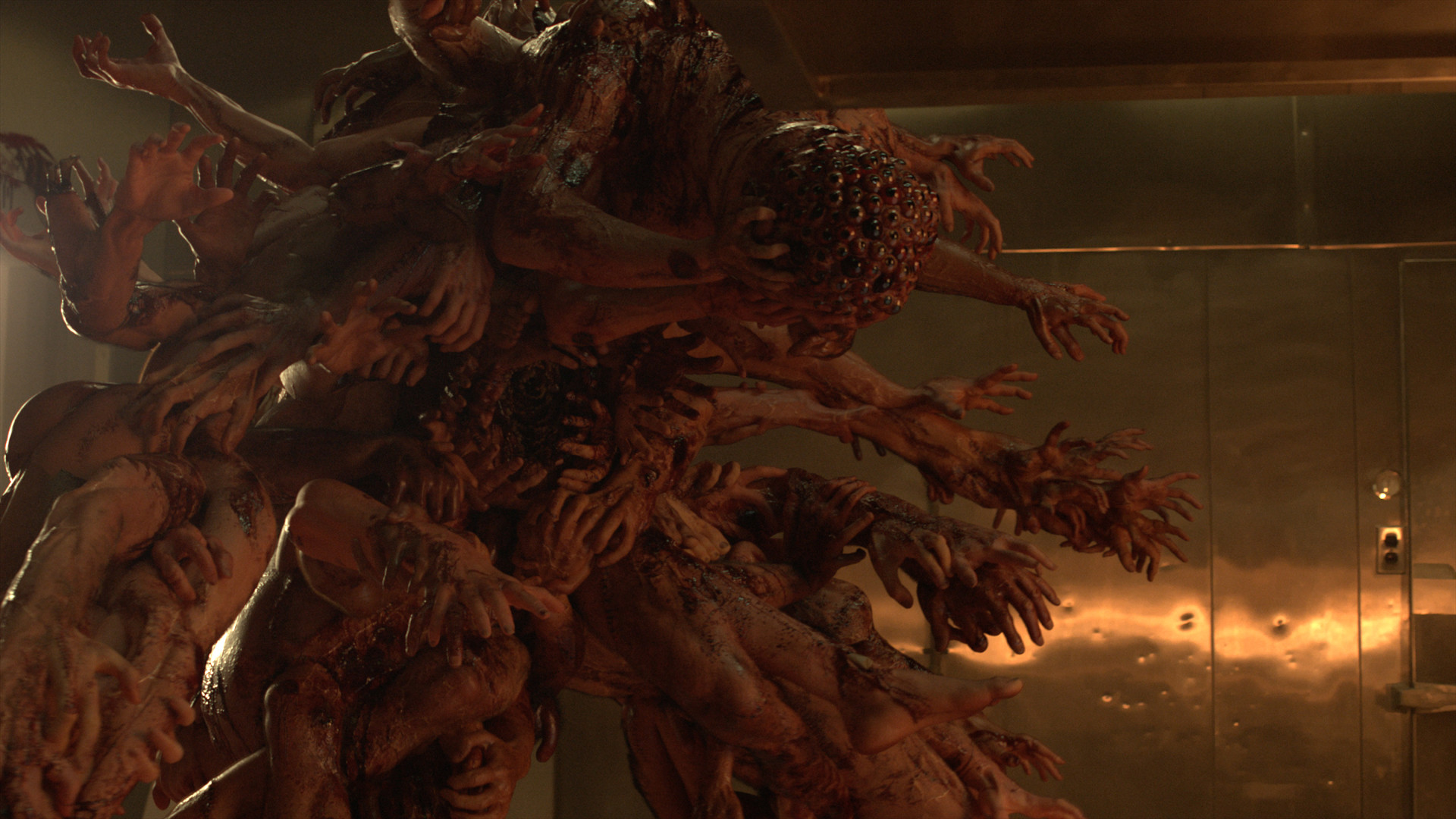 This is the finished article from the Zygote rendering we saw earlier.

For example, in the creation of backdrops or environments, if a film is say, mostly set in a few small rooms, it is probably easier to physically create them, as the actors may need to manipulate and appear like they are genuinely there. But if a film needs two scenes on a vast desert planet, it is much easier and beneficial to create the effect with CGI. Not only will CGI, in this regard, be cheaper than creating an entire desert scene or flying people to deserts, it also enables a greater level of worldbuilding and sense of awe when portraying it, as it will enable elements which would be much harder and potentially risky to make, while also being able make it much grander and fantastical.

a good example of reactions to CGI creations can be seen in Neill Blomkamp’s Zygote (2017). While only being a short film, the acting and reactions to the monster are powerful… I would highly recommend it just to check out the set pieces and use of both practical & CGI effects.

There is also the old argument that CGI looks worse over time and doesn’t age well. While this is true, especially if looking back at earlier films when modern graphical imaging first came into development. Practical effects don’t necessarily age better either, as both older CGI and practical effects can seem fake. This is clear in both versions of The Thing, the 1982 version while the effects are good, they are very obviously models, and in the 2011 version, they are very clearly computer images which aren’t there. This is likely to be the same of films today in twenty-to-thirty years, because as technology gets better, the effects will be more stunning and of a better quality, which enables us to see the past effects for what they are; effects.

There are loads more pros and cons to each of these types of effects, but I feel like these are the main ones that people talk about. Now, while practical effects are good and, especially in horror, can be beneficial, we shouldn’t disregard CGI, as it is just as useful and most good films utilize both. Too much of either can make for a bad film and highlight the obvious nature of the effect. So, are practical effects better? In some aspects yes, and especially better as a support for actors and realism, but they aren’t just definitively better or more useful than CGI which enables things the practical side can’t do.