Musicals: Do They Still Have A Place In Cinema? 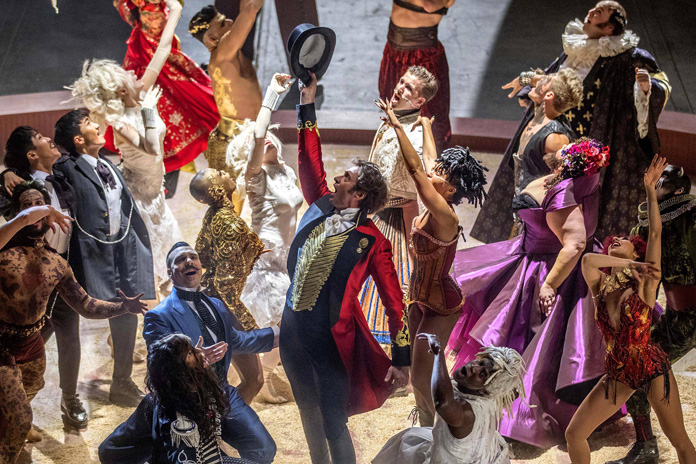 A genre of film that has always proven to be a staple of cinemas over the years is musicals. From way back in the 1930s and 40s with The Wizard Of Oz and Meet Me In St. Louis, the trend carried on into the 50s and 60s with icons and greats like An American in Paris, Singing In The Rain, West Side Story, Mary Poppins, My Fair Lady and The Sound Of Music just to name a few. The 70s and 80s then brought us classics such as Grease, The Rocky Horror Picture Show and Annie. Disney heightened their animated musical power by giving us The Little Mermaid, Beauty and the Beast, Aladdin, The Lion King, Hercules and Mulan in the late 80s and throughout the 90s, before their recent hits Tangled, Frozen and Moana; with people of all ages coming to know every single word to every single song.

However, since the turn of the 21st century, it’s fair to say that these types of films are not really being produced at the rate they once were. There have been only a handful of true film musicals released in the past 17 years, compared to a time when they were being made left, right and centre. Why is this? I’m as confused as anyone, because recent phenomenons like La La Land and The Greatest Showman have revamped the musical genre, with the Beauty and the Beast live action film being a welcomed treat too. La La Land scooped up countless awards in 2017, and The Greatest Showman has followed suit with a catchy soundtrack and stunning designs, making it a hit among fans the world over. So why then were these the first truly successful musical films since Les Misérables in 2012, another success which had seemingly reinstated the admirable profile of the genre?

We seem to live in an age where superheroes dominate the big screen, and with so many fresh sub genres and films to be explored, that musicals have been placed on the back burner as they have, in some eyes no doubt, had their moment in cinematic history. But that still doesn’t mean there are people out there who don’t enjoy a good sing-song around a well-orchestrated plot. Another reason could be that the theatre is so vastly adored in today’s society, with a number of plays and musicals becoming very popular, that people would simply rather enjoy the experience of a live show rather than sitting in a cinema.

My view is that the decline in interest is due to musicals having had their peak during the golden age of cinema. Society today seems to be calling for specific features and themes in movies, and it seems to me that sadly musicals are not being seen as having those movies that are audiences’ are going to be interested in. However, I would thoroughly like to see more, and I for one, am excited to see the Mamma Mia sequel later this year.