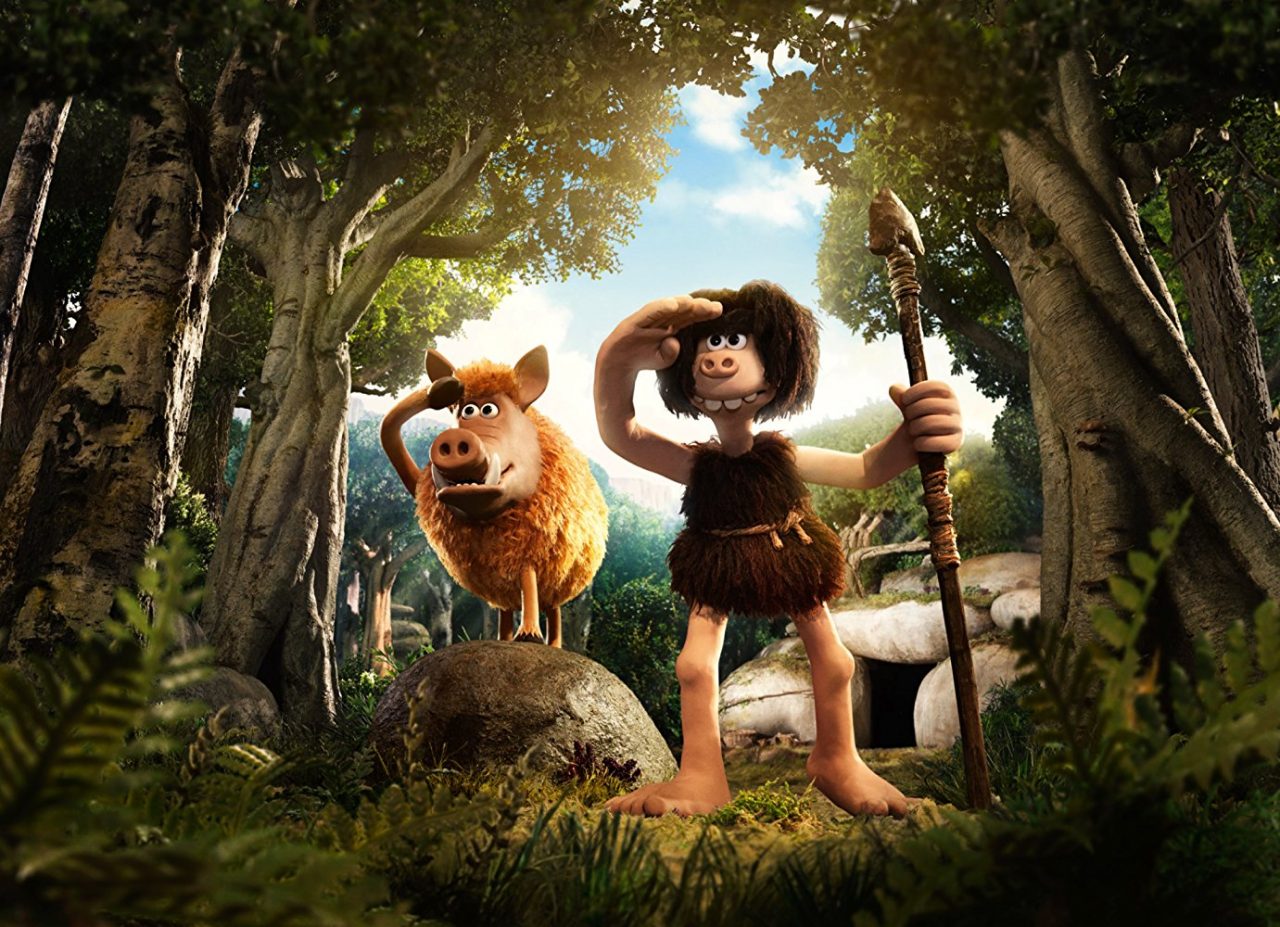 Nick Park and Aardman Animations have clubbed together once again to bring us a stop-motion clay animation feature length film; Early Man. In recent memory, the computer based approach to this type of animated film has been used on movies such as Flushed Away, Arthur Christmas and The Pirates! In an Adventure with Scientists!. But with Early Man, it headed back to the clay age, and the stone age, for its latest conquest.

Early Man follows caveman Doug (Eddie Redmayne) who lives as part of a tribe in a remote valley. But when Lord Nooth (Tom Hiddleston) and his age of Bronze look to seize Doug’s home, the tribe is set to take them on at the ultimate spectator sport; football, with the help of the talented Goona (Maisie Williams). The stellar cast that also include Timothy Spall, Richard Ayoade, and Rob Brydon, do a fantastic job of giving their characters personalities to warm your hearts; a real testament to the simple beauty that animated films provide.

The stop-motion clay style of animation will never cease to amaze me. The craftsmanship that goes into it and the time taken is truly staggering, and the results are always positive, resonating with audience members across generations. Early Man certainly fits into the Aardman formula, and I hope we see more from the company in years to come. But with a lengthy process, I’m still more than happy to wait in the wings. The humor is witty and sharp, making sure to get in every available football related pun along the way.

For me, the ultimate Aardman productions will always and forever be Wallace & Gromit and Chicken Run, two of the very best creations that spearhead the animation genre for Britain. Early Man is a solid film, there’s no denying that. It is funny, heartfelt and the characters portray real motives, but it falls a little short with a predictable plot; but the charm of Doug and his trusty pig Hognob have you rooting for the tribe all the way.

Early Man is in cinemas now, and will be showing at Pontio from Friday February 9th till Saturday 3rd March.