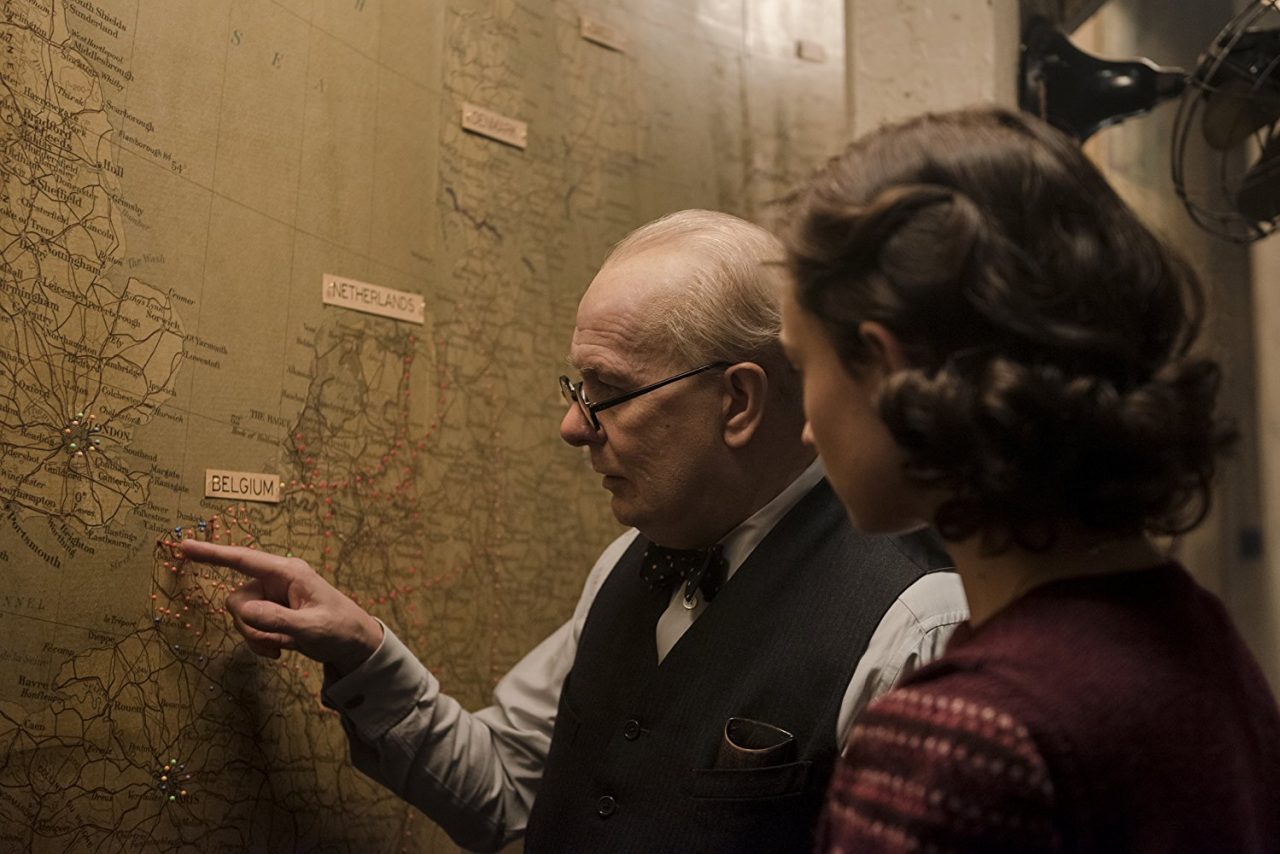 The Darkest Hour is about former Prime Minister Winston Churchill (Gary Oldman) as he is appointed leader of the British government. However, he is thrown into the lions den, as he must balance the advancing Third Reich under Adolf Hitler and pressures from Parliament.

The greatest compliment I can give Gary Oldman is that I forgot after the initial quarter of an hour that it was him. He is almost unrecognisable as Winston Churchill, and delivers a sublime performance that is so powerful and moving. His Oscar nominated makeup & costume team of Kazuhiro Tsuji (who Oldman coaxed out of retirement), David Malinowski, Lucy Sibbick and Jacqueline Durran (who has also been nominated for Beauty and the Beast) are fully deserved of the recognition for this outstanding transformation.

The story is compelling, focusing on the man himself, rather than extending too far into the events of the second world war and avoiding any massive action sequences that didn’t centre around him. It enhances the drama of the story of the man who guided our nation through one of its most difficult periods indelibly. The intense pace and tone is combined well with a variety of swooping camera angles that make for wonderful viewing.

For me though, as much as I enjoyed the film, it is accompanied by a lot of films in the recent months that are of the utmost quality, so it unfortunately just misses the mark against the likes of The Shape of Water, The Post, and Ladybird, which are just staggering. As they prepare to collide over awards season, I must say I just enjoyed the others over Darkest Hour.

Darkest Hour is in cinemas now, and will be showing in Pontio from Friday 16th February till Thursday 1st March.