What To Watch From British Cinema 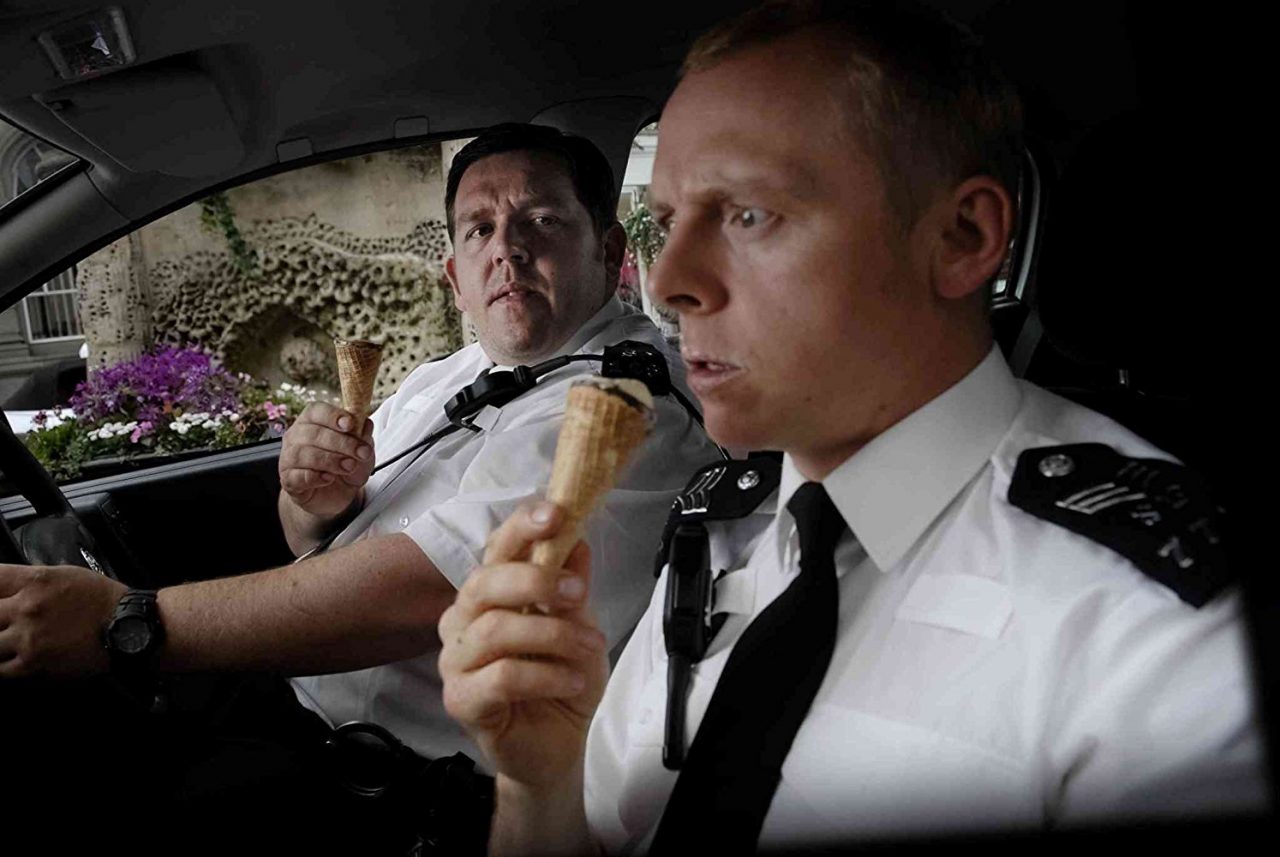 British film is full of a wide of variety of outstanding, hilarious and moving films. It is also an area of cinema I am personally passionate about and really enjoy supporting. The BFI (British Film Institute) do a good job of ensuring and aiding the development of British films. This is a list of five British films that I would recommend to those wanting to watch some movies that have come from the industry. They are by no means necessarily what I regard as my top five films, but rather five films I would recommend to those wanting to watch more British cinema, and to get more of a feel for its cinematic constructions. 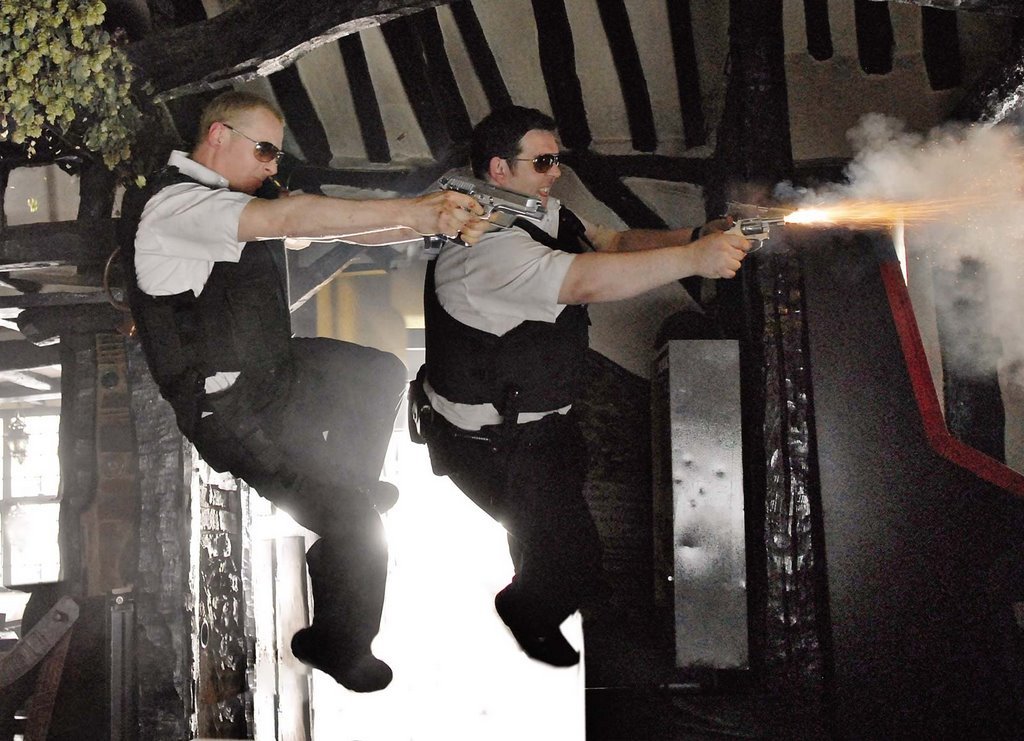 Hot Fuzz (2007)
Hot Fuzz is an action comedy and the second film in the renowned Cornetto Trilogy of comedy films starring Nick Frost and Simon Pegg. It is also a personal favourite of mine. Hot Fuzz is directed by Edgar Wright, who has recently wrote and directed Baby Driver (2017), and before the Cornetto Trilogy, directed the TV series Spaced (1991-2001). Hot Fuzz follows Sergeant Angel (Simon Pegg), a hardened London police officer who is transferred to a remote country village, where he teams up with inept PC Danny (Nick Frost). In following with a true police film vibe, the two characters end up looking into a series of murders; although, expect both action and hilarity as the duo attempt to resolve these occurrences. The film acts as a parody of Hollywood blockbuster action films, which it succeeds in doing in every aspect, from the editing being fast paced and playing with expectation, to great cinematography and all-round great, funny performances from all the cast. There are no dull moments in this film, with continuous humour throughout and well-timed action scenes. The film is one I would definitely recommend checking out if you have never seen it. 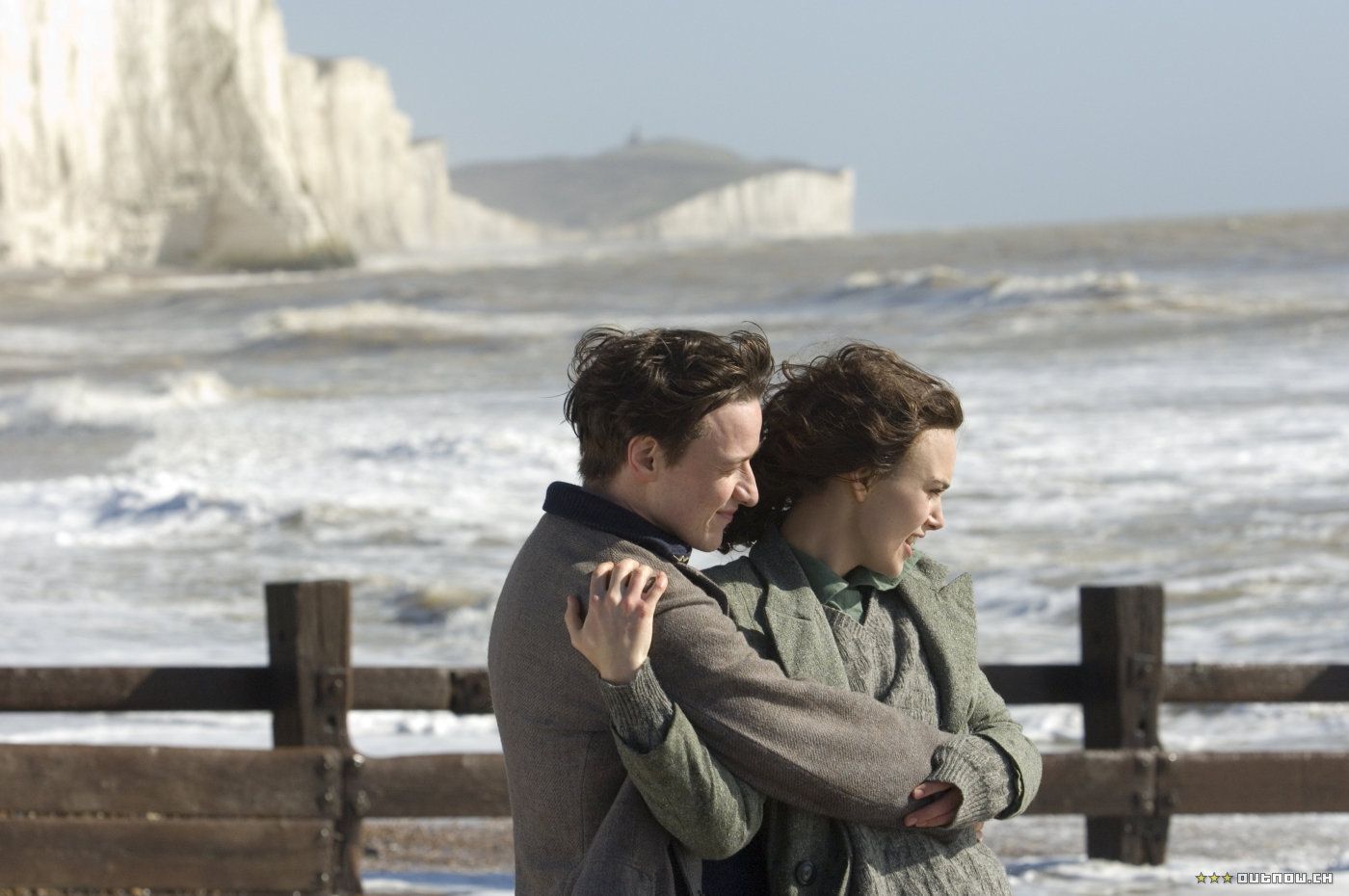 Atonement (2007)
Atonement is entirely different to the previously mentioned film Hot Fuzz. Atonement is a romantic drama set in WW2. The film is also a much slower pace and heavy-hitting than Hot Fuzz, but still a great film. It is directed by Joe Wright and based on the novel of the same name by Ian McEwan. Atonement follows Cecilia Tallis (Keira Knightley) and Robbie Turner (James McAvoy), who are young lovers, and their relationship while at a large, country estate. However, this relationship is swiftly torn apart by Cecilia’s jealous younger sister, Briony (Saoirse Ronan). There is not much else that can directly be said about the film without spoiling the experience gained from the first watch. The film, however, does focus heavily on the themes of deceit, misperception and consequence; overall, quite a heart-felt film, being both dramatic and brutal. Another great thing about the film is its cinematography. The camera shots are outstanding, as they really help to build the atmosphere and feel of the film. Without mentioning or explaining it directly, as not to ruin the film, there is a particularly gripping and atmospheric scene which was all taken in one shot that lasts 5 minutes. Atonement is a wonderful cinematic creation, with a well written plot and worth a watch for lovers of dramatic film and those wishing to broaden their library. 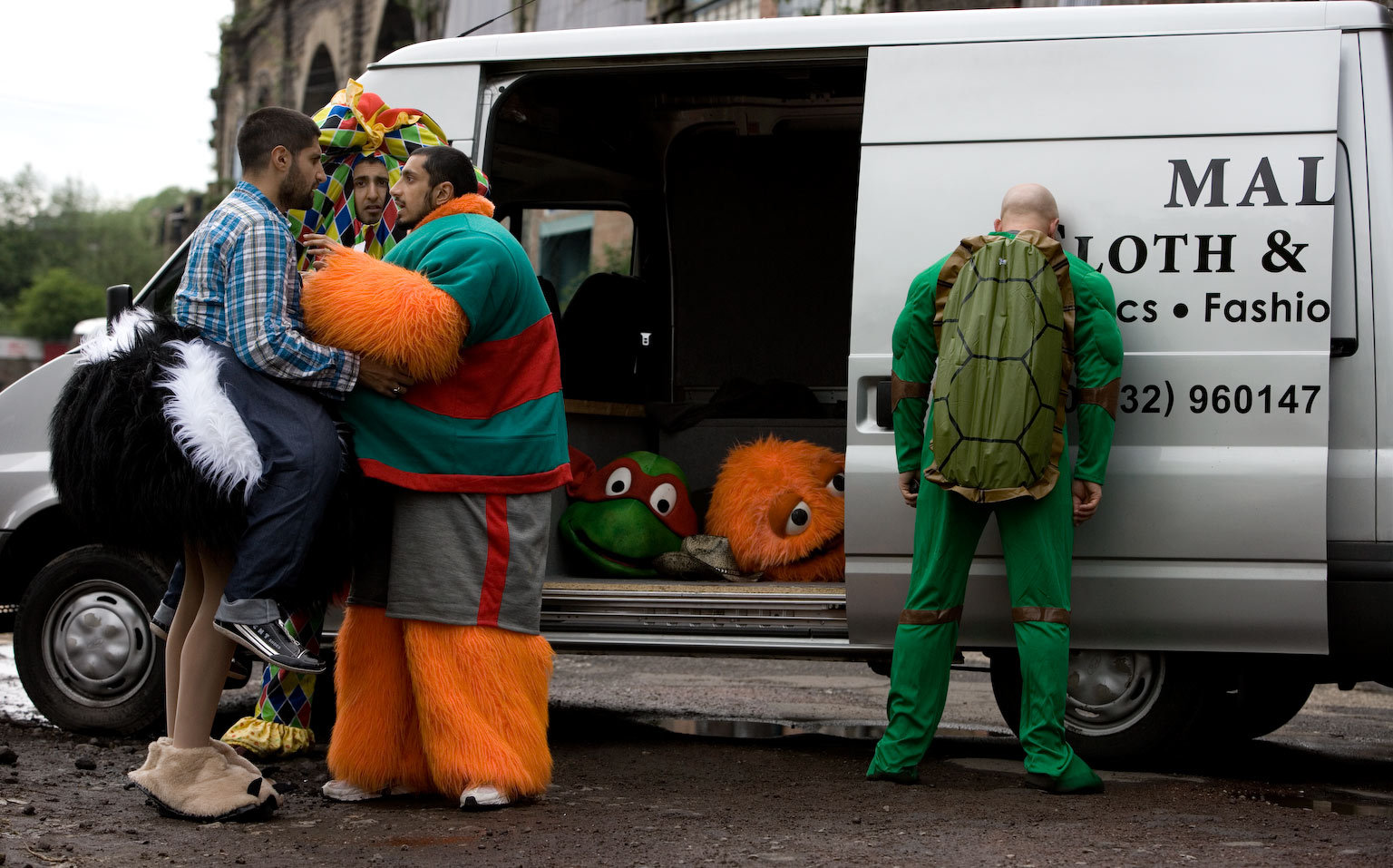 Four Lions (2010)
Moving away from the serious and dramatic and heading back to comedy, Four Lions is a comedy focusing on terrorism. I did debate about putting this on the list; however, it is just too good film not to. While the topic of the film is rather sensitive, the film does successfully blend great comedy with a deeper social commentary that underlies the overall film. The film is directed by Christopher Morris, and follows a small group of young men in Sheffield, who decide to become terrorists and form a plan to be suicide bombers. However, the group prove to be inept and as a result, hilarity ensues. The chemistry between the characters only adds to the humour, with the various comments and insults they throw between one another, and the ridiculously stupid schemes they devise. The acting in the film is great and really helps to bring the characters to life and add to the humour, especially the characters Omar (Riz Ahmed) and Waj (Kayvan Novak). The film is a great watch for the sheer humour it provides, as it is a laugh-out loud film, but also a great watch for the social commentary on attitudes towards Islam it provides within its undertones. 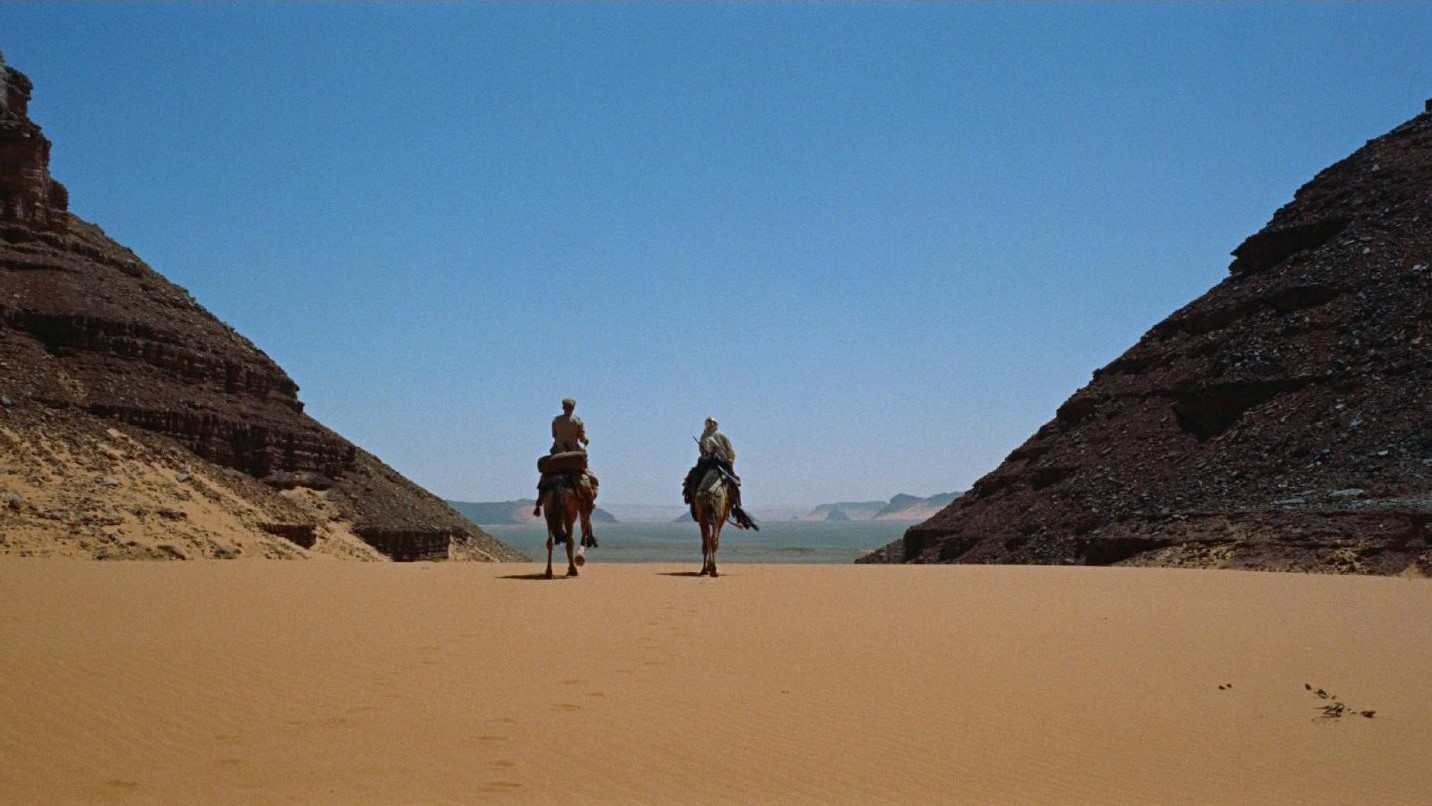 Lawrence Of Arabia (1962)
Lawrence of Arabia is a historical drama set in World War One, focusing on the life of T. E. Lawrence and his role in the war. The film is directed by David Lean, as it follows Lawrence (Peter O’toole), who heads to Arabia to work with the Arabs and British against the Turks. Lawrence is sent to Arabia due to his knowledge of the local tribes. While I won’t talk about this film as much as the others, Lawrence of Arabia is a staple of British cinema and a film which has left its mark on cinema, being regarded as one of the greats. It is a classic. really helping to change future cinema. Another reason this film is great to watch, is that it focuses on an area of history not really focused upon much, as a lot of the time the campaigns in Africa and Arabia are forgotten as the western front of World War One is normally the prime focus. The film is a cinematic marvel and all round great film to watch. Although, the downside is, is that it has a run time of nearly four hours. 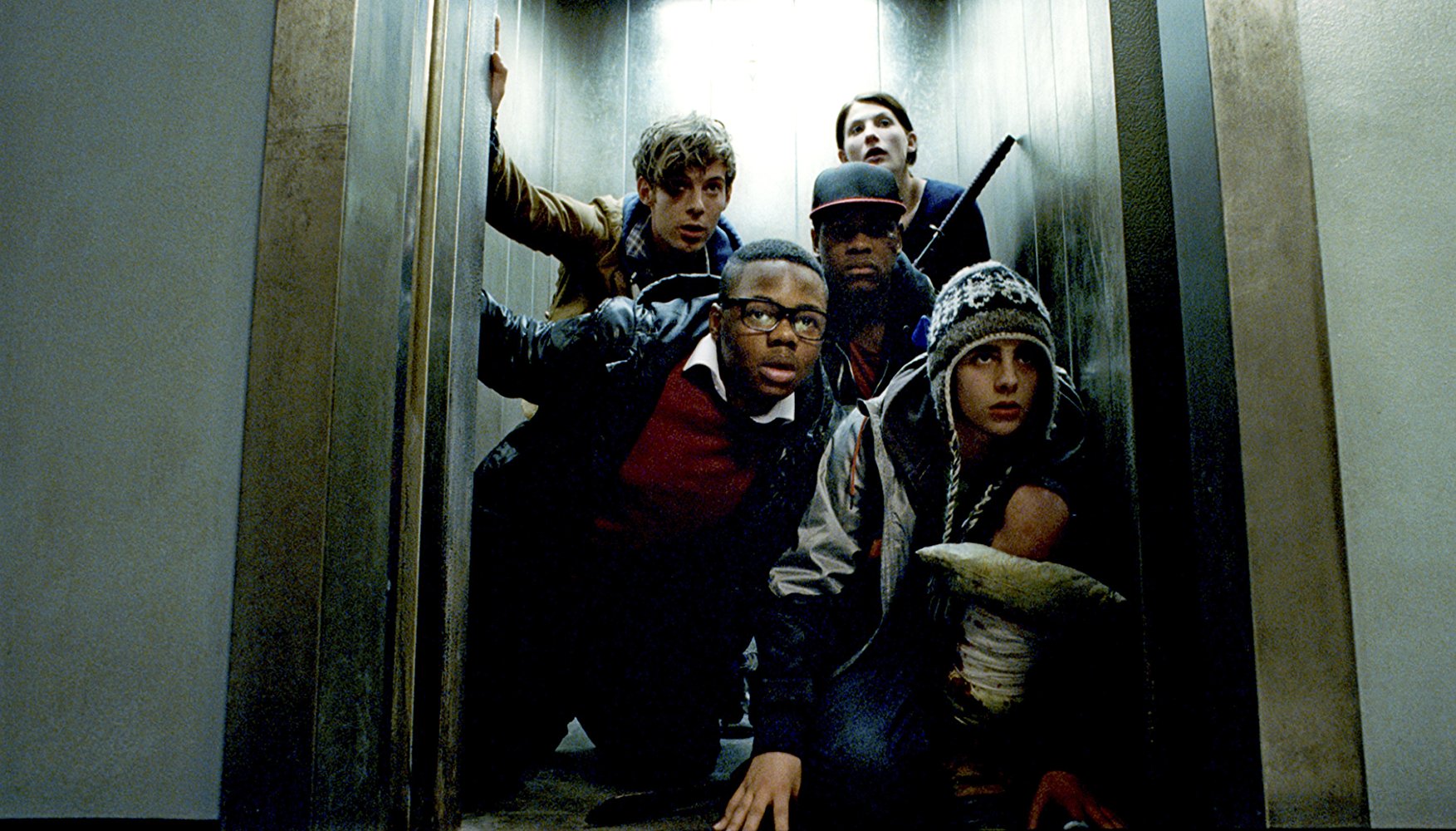 Attack the Block (2011)
Lastly, moving once again back to comedy, Attack the Block is a sci-fi comedy, directed by Joe Cornish. Set in a London, it follows a gang of teenagers as they defend their block and suburban environment from an alien invasion. The film is really ridiculous and funny, putting young teenagers against killer, animalistic aliens. The film focuses heavily on violence, especially during the middle; however, the alien appearance and commentary from the characters make it humorous. The acting in the film from the main two leads, Sam (Jodie Whittaker) who is mugged by the young gang, but ends up trapped in a survival situation with them, and Moses (John Boyega), the leader of the teen gang who mugged her, is well delivered. Sam, especially, is a character who feels like someone you might know, and played in quite a down to earth manner. The film is an overall great watch for a good laugh.