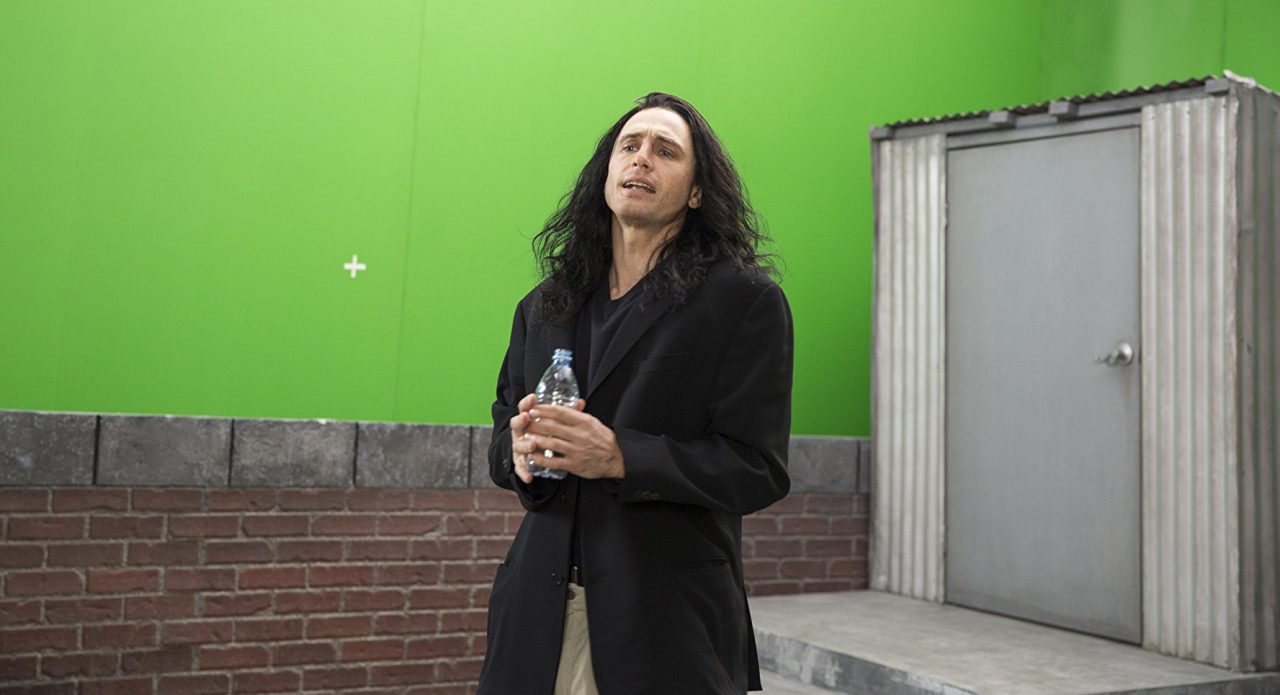 Back in 2003, a film called The Room was released into the world. Directed by, produced, written and starring mysterious figure Tommy Wiseau, it tells the story of Johnny (Wiseau), who is betrayed by his ‘future wife’ Lisa (Juliette Danielle) and his best friend Mark (Greg Sestro). The movie only grossed $1900 against a multi-million-dollar budget, being regarded by critics as ‘one of the worst films of all time’.

However, it’s appeared to of gained a cult-like following from some fans, calling it the ‘best worst movie’. The reason the film received such negative responses, was due to its terrible performances, more plot holes than a slice of swiss cheese, unevolved script and so forth. Despite this, there is something charming about The Room, and some of the plot points are deep and relevant to society; just a shame they and the production were executed so incredibly poorly.

Then, in 2013, Greg Sestro, who I alluded to earlier as playing Mark, released a memoir titled ‘The Disaster Artist: My Life Inside The Room, The Greatest Bad Film Ever Made’. The book cites Greg’s experiences as a struggling actor, his first encounter with Tommy, how they became friends and the trials and tribulations that came when producing The Room. A year later, Seth Rogan’s production company, Point Grey Pictures, acquired the book, adapted and based a screenplay via Scott Neustadter and Michael H. Weber and appointed James Franco as director, shortening the title to ‘The Disaster Artist’.

This film is simply brilliant, giving you a great insight into what it must have been like when making The Room back in the early 2000s. If you haven’t seen The Room or read the memoir, don’t fear, you will be doing after seeing this, but it is not essential before you head to the cinema. James Franco captures the essence of Tommy Wiseau, and his character Johnny amazingly, nailing his accent and capturing his look, making you forget that it’s him under the prosthetic features and long hair. His younger brother Dave is great as Greg and Mark, with the two possessing, of course, natural chemistry, which we have never seen before with this being their debut film together. This could have been a risk due to the nature of Tommy and Greg’s relationship but they couldn’t have picked a better project as they are both superb. Supporting roles from Seth Rogan, Alison Brie and a host of other actors round off the performances brilliantly.

As funny as the film is, the serious reality and heart that it possesses capture the relationship between Tommy and Greg draws you in, which can be difficult with it being a combination of both real life and the making-of a film. But The Disaster Artist balances it all wonderfully, and makes you appreciate how much stress and tension goes into making a film and how friction can be created in close quarter situations, whilst finding some warming moments that round the movie off nicely.