The Death Of Stalin Review 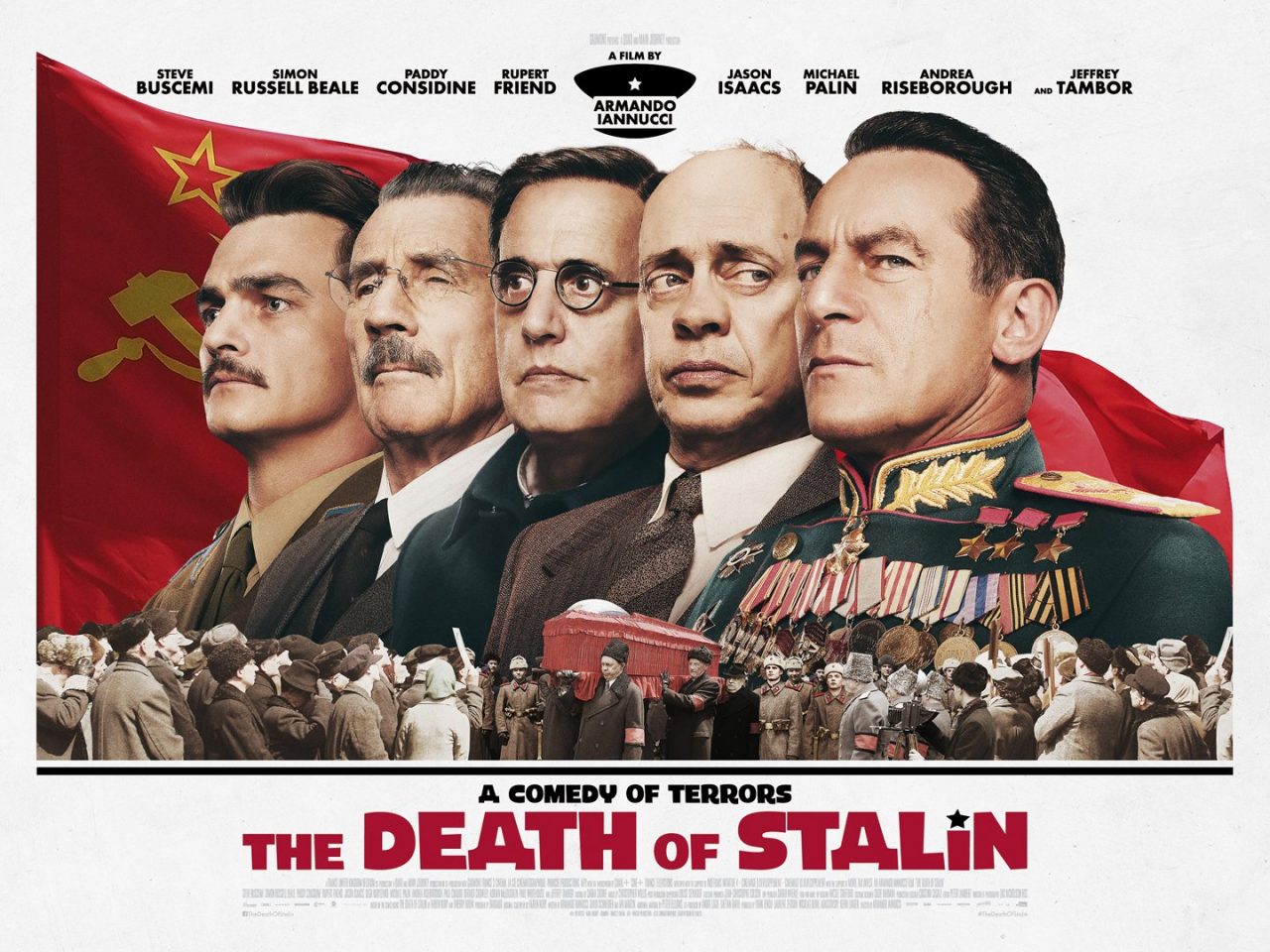 The film is based on the graphic novel with the same title and is set around the death of Soviet dictator Joseph Stalin and his final days at the head of the regime. The cabinet of his comrades that include Georgy Malenkov (Jeffery Tambor), Nikita Khrushchev (Steve Buscemi), Vyacheslav Molotov (Michael Palin), Lavrentiy Beria (Simon Russell Beale), amongst others, must decide how the state will continue to go on in the wake of leaders passing.

This comedy, period drama is simply fantastic. Its wonderfully thought out from start to finish. The strongly assembled cast consisting of Buscemi, Tambor, Palin, Olga Kurylenko and many more perform superbly with strong delivery and comedic value. If you know the rough historical background, then you’ll understand some nice lines of dialogue.

The other aspect of the film is the states darker side. While brilliantly mocking the history of Russia, it reminds you just how brutal this period was. It doesn’t shy away from some hard-hitting moments for the people of the Soviet Union and some of its leading party, giving you some sense as to the fear you would be in. It’s performed with such impact and drive. Director Armando Iannucci has done an amazing job in balancing all the elements together perfectly.

Its Anglo casting worked in the favour of the film. It allowed the comedy to come across much more effectively. Using their American/British accents meant you focused on the story and script rather than how poor their accents could have been. Would it have had the same effect with a Russian cast and subtitles? Who knows.

In light of the film’s release, Russia is looking to put a ban on the film entering cinemas. It’s been reported that the film could lead to violent protests within the country, much like the events that occurred with The Interview that was banned in North Korea. This film is a great though. From start to finish you enjoy the satire and sarcasm while you try to comprehend the length these party officials went to during Stalin’s regime.

The Death Of Stalin is out in theatres nationwide from 20th October and comes to Pontio Friday 24th November and ends Wednesday 29th November.