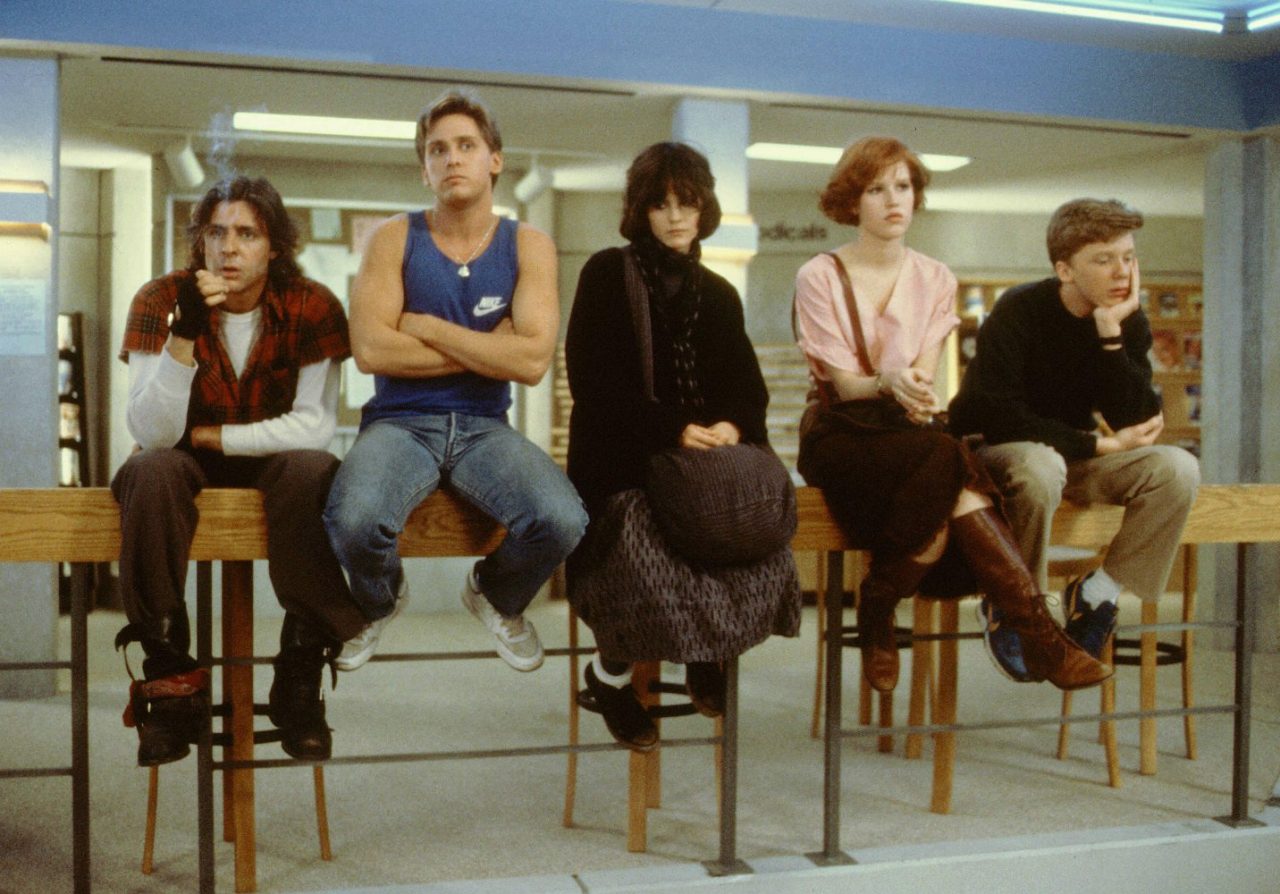 Welcome week at Bangor is one of the most memorable experiences of your life. Moving into your accommodation, meeting new people, joining various societies and drinking your own body weight and then some in alcohol; it’s just magical! But when meeting new people, finding common interests is at the forefront. Probably one of the most common interests is films. If you name a load of movies you have watched, the likelihood is someone you meet has seen and enjoyed them too.
With lectures not starting for a whole week, and some down/recovery time, it’s the perfect chance to join up with your flatmates or friends from your course and watch a film. Streaming services are ideal for students, with a decent selection of movies for a reasonable monthly fee, including a free 30-day trial period. Also, if you’ve got one service, someone will probably have the other so you can share between each other.
Below are a selection of films on Netflix and Amazon Prime that would be ideal to gather round a laptop or TV and enjoy. (Article written and submitted by 8th September 2017. Content on services subject to change):
The Breakfast Club (Netflix)
Five high school kids from very different backgrounds are in Saturday detention to complete an essay on who they think they are. This 1985 classic is regarded by many as one of the best films ever, with the message the story portrays being relevant to all walks of life.
The Hangover (Amazon Prime) 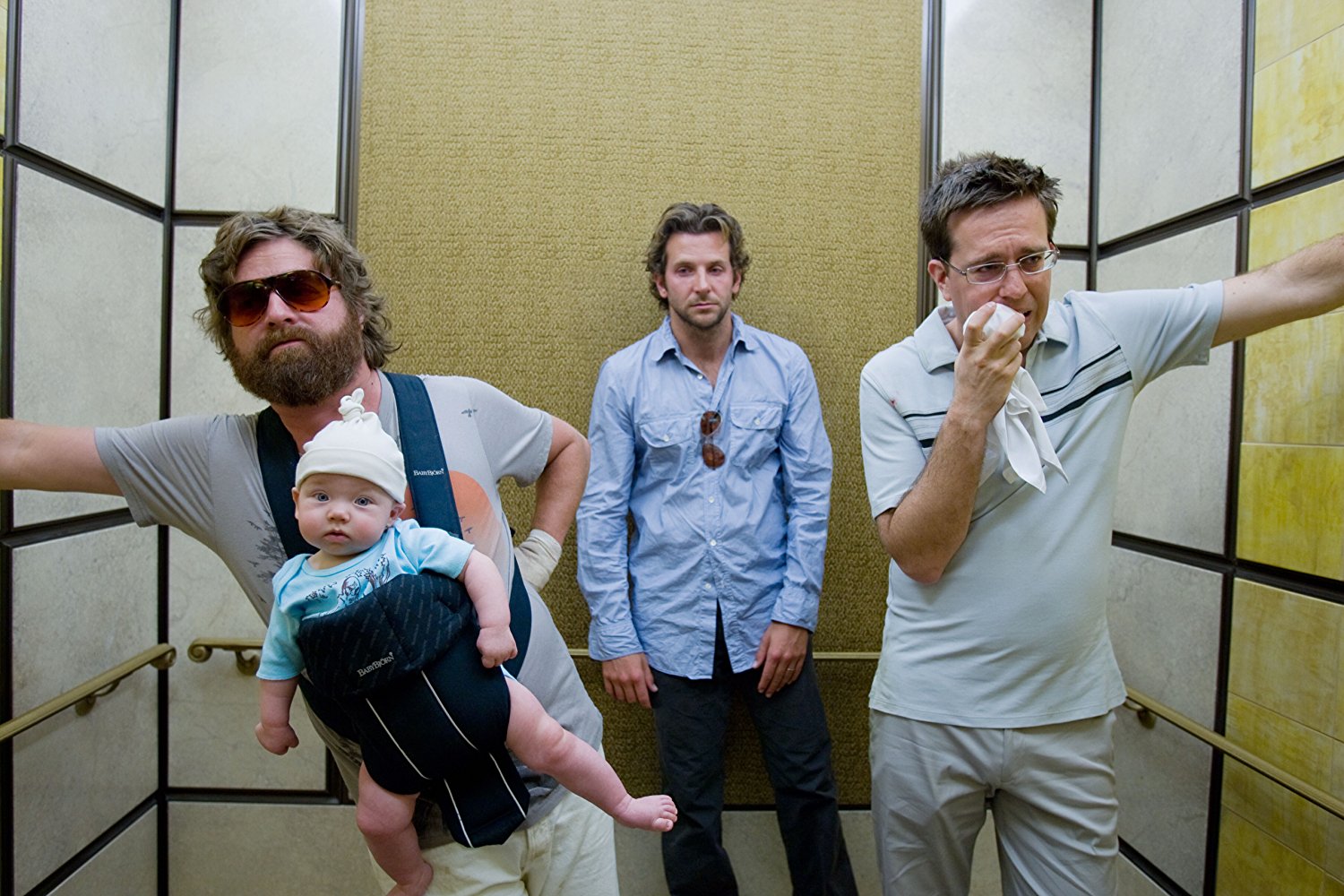 A four-man stag do to Vegas; what could possibly go wrong? Bradley Cooper, Zach Galifianakis, and Ed Helms, try to piece together their night in one of the most highly rated comedies ever made. We’ve all had those nights out so I’m sure after watching this, you’ll be sharing yours.
Hot Fuzz (Netflix)
The middle flavour of Edgar Wright’s infamous Cornetto Trilogy is Hot Fuzz. Simon Pegg and Nick Frost team up as police officers in what seems to be the quiet town of Stanford. A film you’ve already watched a thousand times on ITV2 is always worth another viewing.
Pitch Perfect 2 (Netflix)
While it’s gutting the first one isn’t on there, the second Pitch Perfect still fulfils your acapella needs. The Barden Bella’s take it international and the third movie is now well on its way to completion since the teaser.
Pulp Fiction (Amazon Prime) 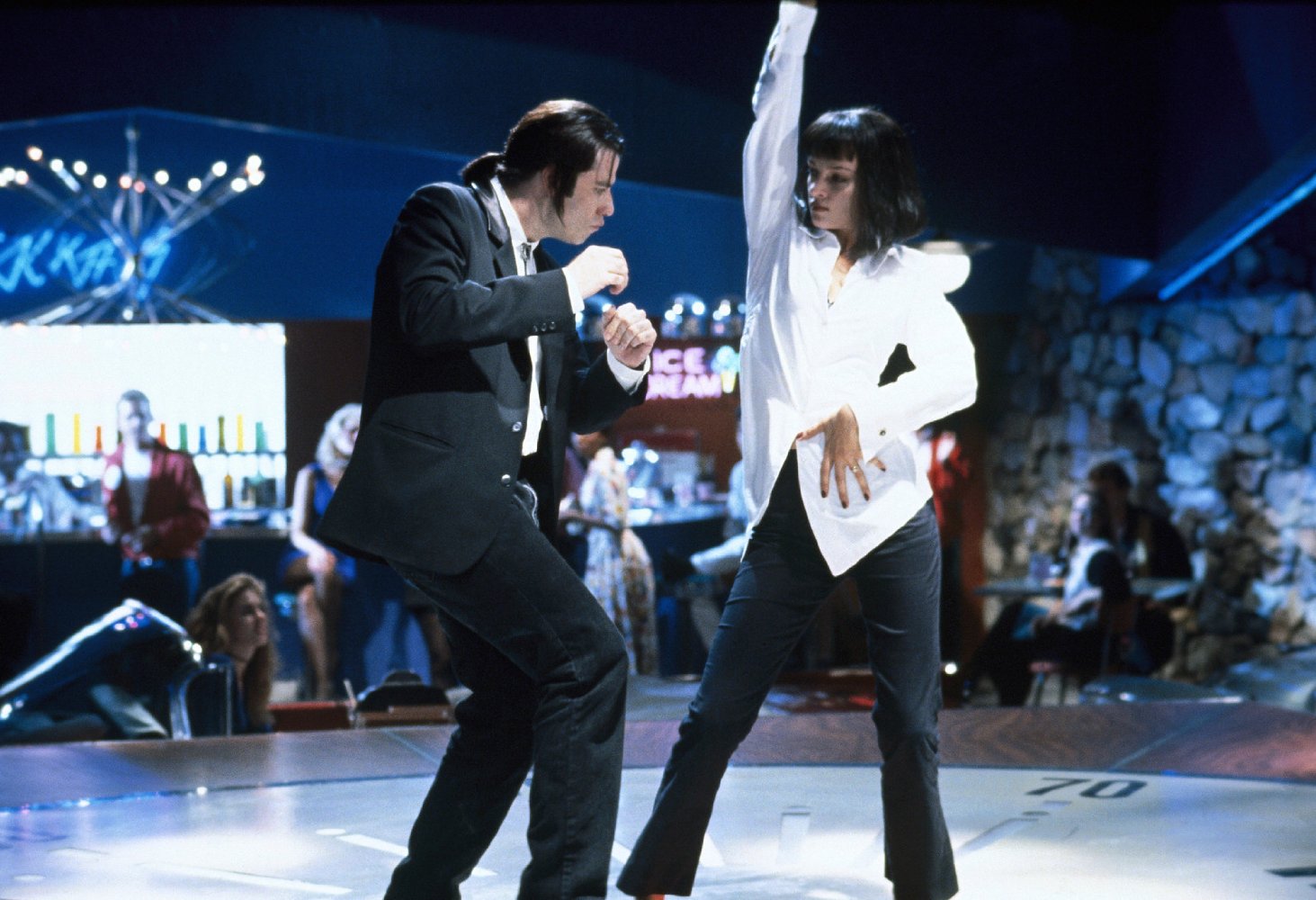 Quentin Tarantino’s Oscar winning film is one of the most iconic motion pictures of all time. From Samuel L. Jackson’s Ezekiel bible speech and explicit wallet, to John Travolta’s revitalisation and Uma Thurman’s grooving dancing and memorable movie poster; it is a must see.
Sherlock Holmes (Amazon Prime)
Robert Downey Jr (Holmes) and Jude Law (Watson) star in Guy Ritchie’s very entertaining adaptation of great fictional private detective. Their chemistry is undeniably brilliant and makes for such easy watching when nursing a hangover.
Shrek (Netflix) 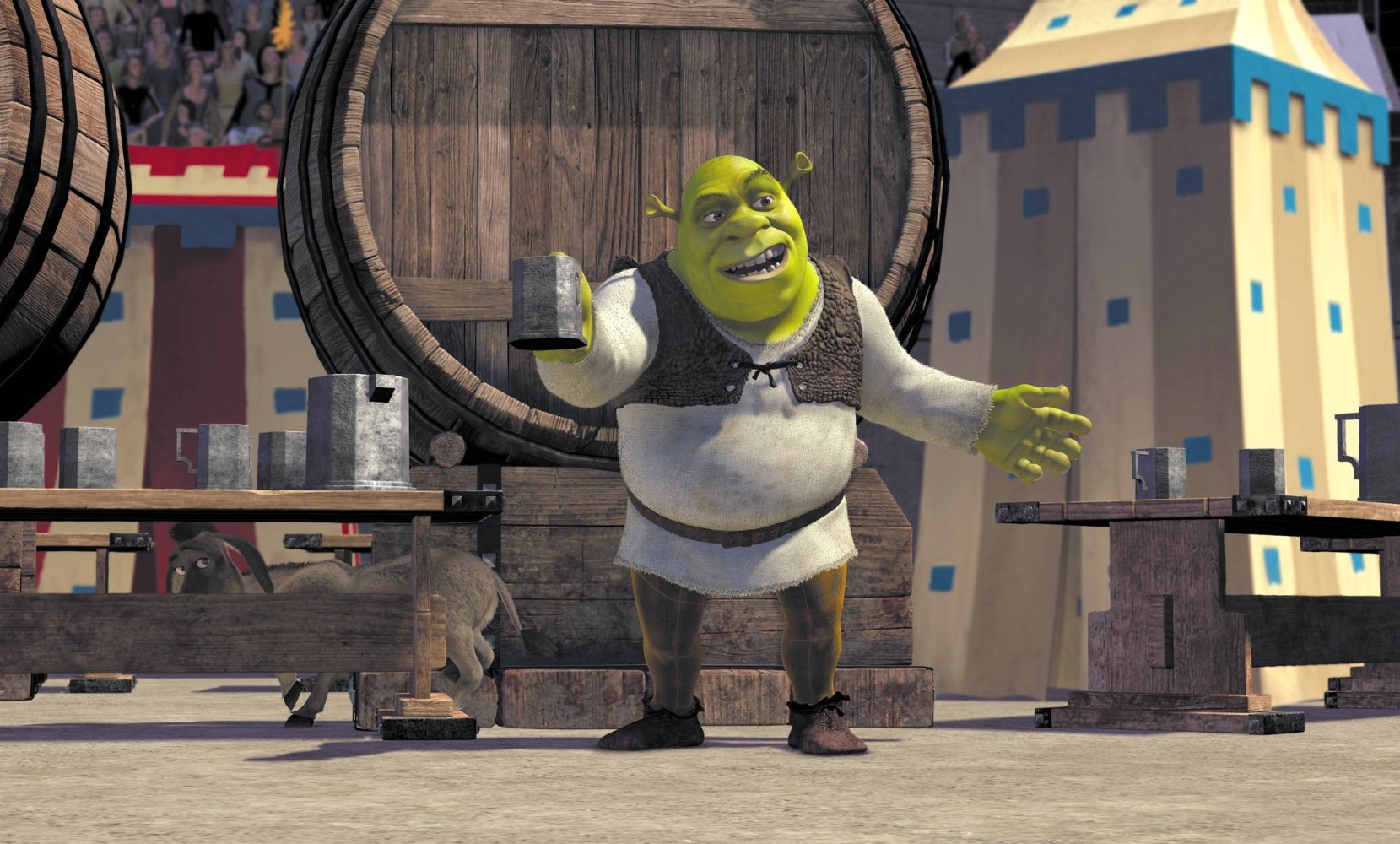 Angry ogre Shrek teams up with talking mule Donkey to save a princess in this fairy-tale mash up. There is no debate that it is one of the best animations ever created and helped to skyrocket Dreamworks Animated.
Step brothers (Netflix)
Another comedy that everyone loves; Will Ferrell and John C. Reilly are forced to live under the same roof when their parents marry. Anything Ferrell related from Elf to Anchorman is worth your time and this doesn’t disappoint.
Ted (Amazon Prime) & Ted 2 (Netflix) 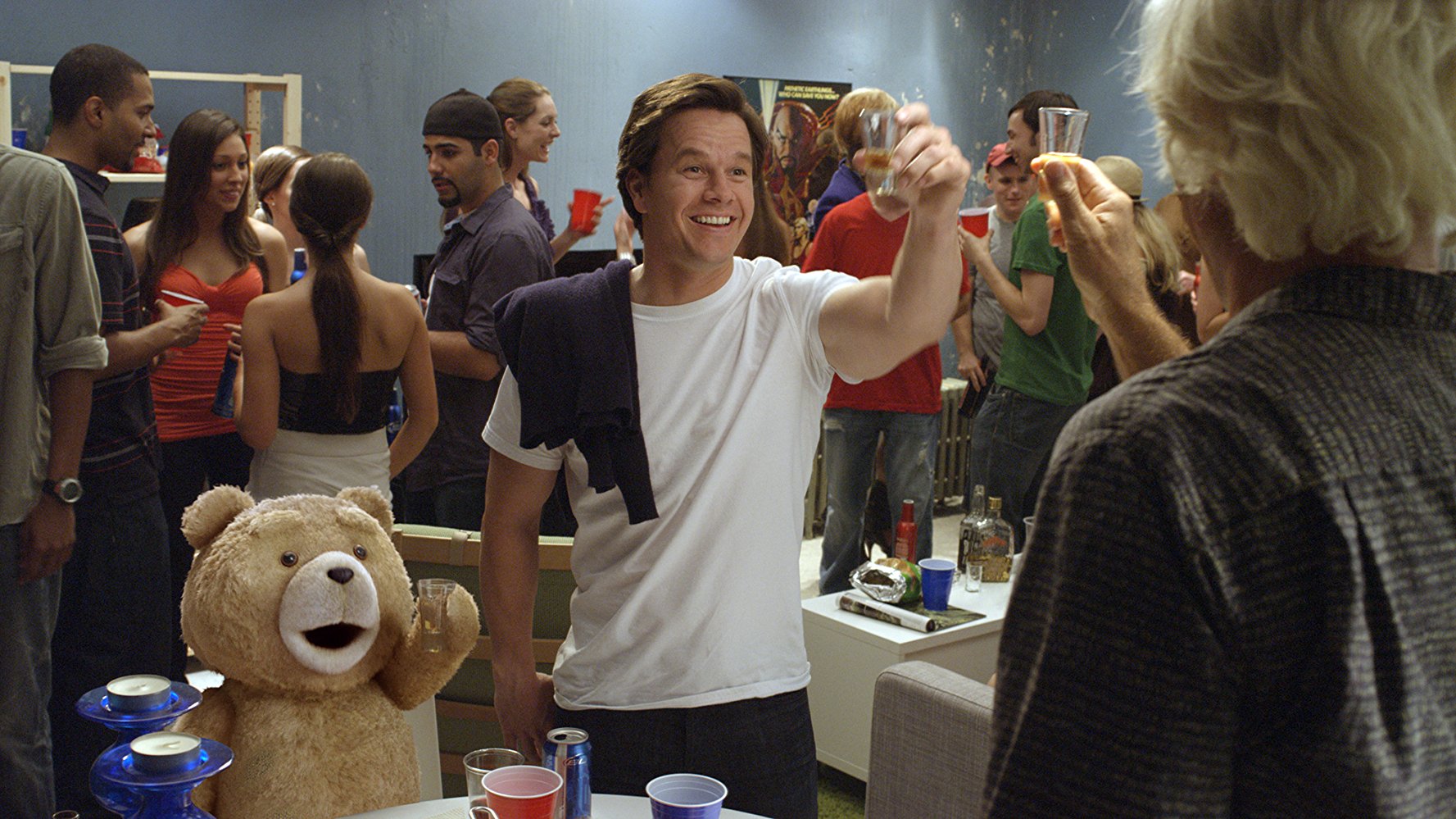 From Family Guy mastermind Seth MacFarlane comes R rated Ted, a talking teddy bear who gets us in stitches. With pop culture reference, unique humour and celebrity cameos, it hard not to wish you had one of your own.