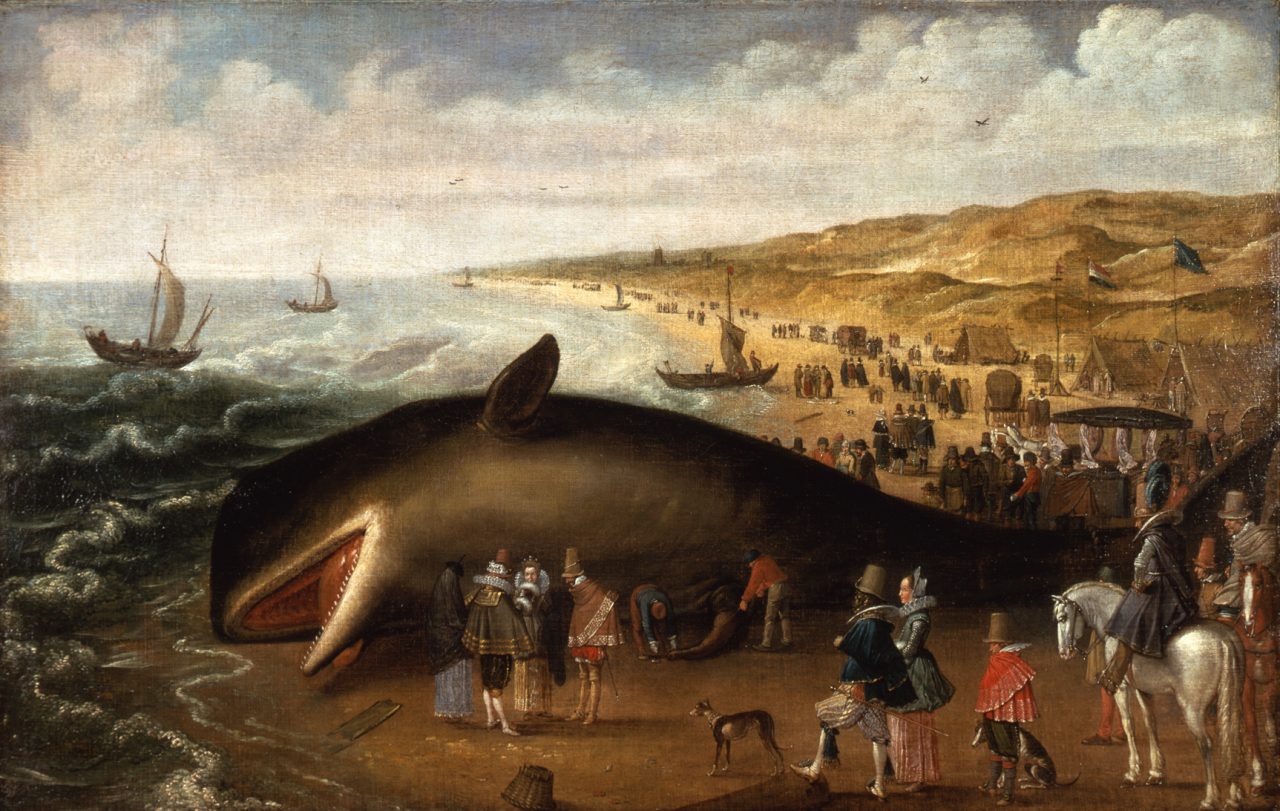 Rescuers were called to Nare Point on the Lizard Peninsula, Cornwall around midday on February 14th amid reports of a whale in distress. British Divers Marine Life Rescue (BDMLR) quickly attended the scene and discovered a 63ft long Fin whale (Balaenoptera physalus), the second largest species of whale in the world, had beached itself on rocks. Upon arrival, the animal was thrashing its tail and opening its mouth in an attempt to free itself. BDMLR medics had warned that the survival rate of a stranded animal of this size is slim and that the only way to attempt a rescue would be to wait for high tide to help lift the creature. Unfortunately, around 3:30pm, veterinarians confirmed that the animal had stopped breathing and passed away.
Under the IUCN, Fin whales are listed as having a ‘vulnerable’ conservation status. They belong to a family of animals known scientifically as ‘cetaceans’. Larger cetaceans like this are unable to support their own weight out of water meaning when they strand on land, they effectively crush themselves internally. They are not common in coastal British waters and strandings like this generally have an underlying cause. This particular animal was in poor nutritional health, presenting as extremely emaciated but also had superficial wounds along its body probably caused by rocks. This may point to poor health being the cause of the whale’s death, but the Cetaceans Strandings Investigation Programme (CSIP) will carry out a necropsy over the weekend to determine the exact cause.
This comes just weeks after a subadult sperm whale (Physeter macrocephalus) stranded and consequently died in Kent on 5th February. Sperm whales are normally found in much deeper waters than the North Sea and this was the third sperm whale stranding in the UK so far in 2020. A field necropsy performed by CSIP showed no evidence of recent feeding and they concluded that death was consistent with live stranding of an out of habitat individual which was probably unable to feed in the abnormal area.
Samples collected during the examinations will shed light on the health of the individuals hopefully pointing to definitive causes of death and potentially helping to inform future conservation efforts. BDMLR are the only British marine mammal rescue charity operating countrywide all year round. If you see a whale, dolphin or seal in distress that you think may need help, call the BDMLR hotline on 01825 765 546.