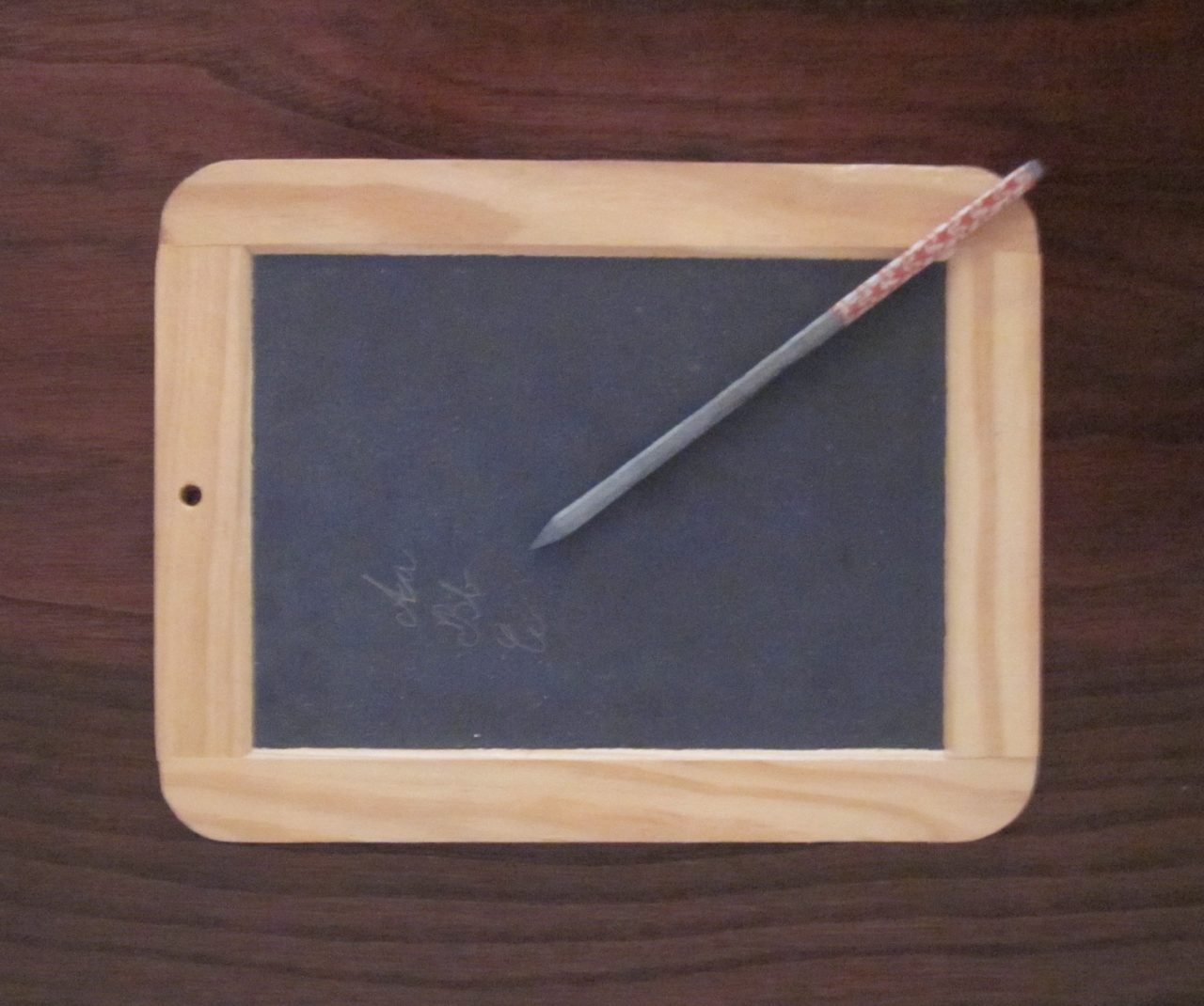 Writing slates appear unspectacular and boring. But the small black tablet was an important factor in the educational reforms of the 19th century: The medium of the Enlightenment.

In the 19th century, Welsh industry was heavily relying on slate extraction. Wales became the world’s most important supplier of slate. What appears like a rather unspectacular material has had a major influence not only on the Welsh landscape, which was changed through slate extraction, but also on modern education systems.

Years ago – before notebooks and tablets made their way into the classroom – writing slates were the common medium for writing in schools. Unlike the majority of the people who would probably consider it an object of nostalgia at most, the German historian Heinrich Bosse attributes slate tablets an important role in modern history of education. He considers it the ground-breaking medium of the educational reforms of late 18th and early 19th century which lead to the Prussian education system – a system that has influenced both schools and nation-building all over Europe.

Before those reforms, writing and reading were taught separately. Being able to read did not necessarily mean being able to write too. Writing was taught in the sense of a purely manual skill through the following three steps: dictating, rewriting and correcting. A phrase was written by the teacher, then copied by the student and finally corrected by the teacher again. If mistakes occurred, the student was punished – with strokes. Students had to learn entire text patterns by heart. This type of learning was solely mechanical and rather brainless, like a kind of calligraphic exercise. As a result, students did not learn how to bring their own words to paper because they did not know the meaning behind the activity they were doing. All they were able to do was recreate signs they had been shown and the writing skills of most people (even the schoolmaster) did no beyond the ability to write one’s own name.

Around 1800 this changed: Writing and reading should no longer be acts of copying and learning by heart. Students should learn the relation between letters and their sounds. They should be able to read and write words they have never come across before.

Why did the introduction of writing slates play such an important role in this process? Simply speaking, writing on slates was a lot easier than on paper with feather and ink. So, the students had to focus less on the manual challenges of writing. Instead, they could concentrate on its intellectual aspect: bringing their own thoughts to paper. Additionally, the students could easily wipe out mistakes and correct themselves once the teacher had pointed out a mistake. Writing slates were not meant to replace paper and feather. They rather served as introductory medium because they were reusable – and thus cheaper – and easier to handle.

Bringing own thoughts to text instead of copying foreign thought and self-correction instead of external correction – the reforms followed the ideals of the Enlightenment period. Sapere aude: Starting with the simple ability to express oneself in written form, this became a basic element of modern education. The modern citizen was expected to be a critically thinking and active member of the state. One should contribute to the progress of society by continually educating oneself further. The basis for that was a high literacy rate as knowledge was stored in written form.

In this sense, writing slates contributed their part to the transition from estates-based societies into modern liberal societies. Inequalities, however, were not automatically eliminated. A huge gap between well-educated and uneducated citizens remained. But instead of nobility, education became a crucial criterion in the class system of modern societies.

In 19th century Prussia, education became a governmental task. State schools replaced the variety of private, religious and cooperative schools. Curricula were standardised and teachers received a state education. For some scholars, the individual and their freedom of thought was central to state education. The new type of writing classes contributed to this notion by enabling students to write down their own thoughts and by letting them develop a personal handwriting. Because they learned the meaning behind a sign, an exact copy of the teacher’s version of a letter or a word was no longer necessary. This left room for individuality. For others, the schools should play an important role in the process of nation-building. Standardisation of education entailed standardisation of language and repression of dialects in order to create official national languages.

The Prussian model later on spread to other European countries where it led to the institutionalisation of education and was often closely connected to the building of modern nation-states. In Britain, for example, education became compulsory with the Elementary Education Act 1880.