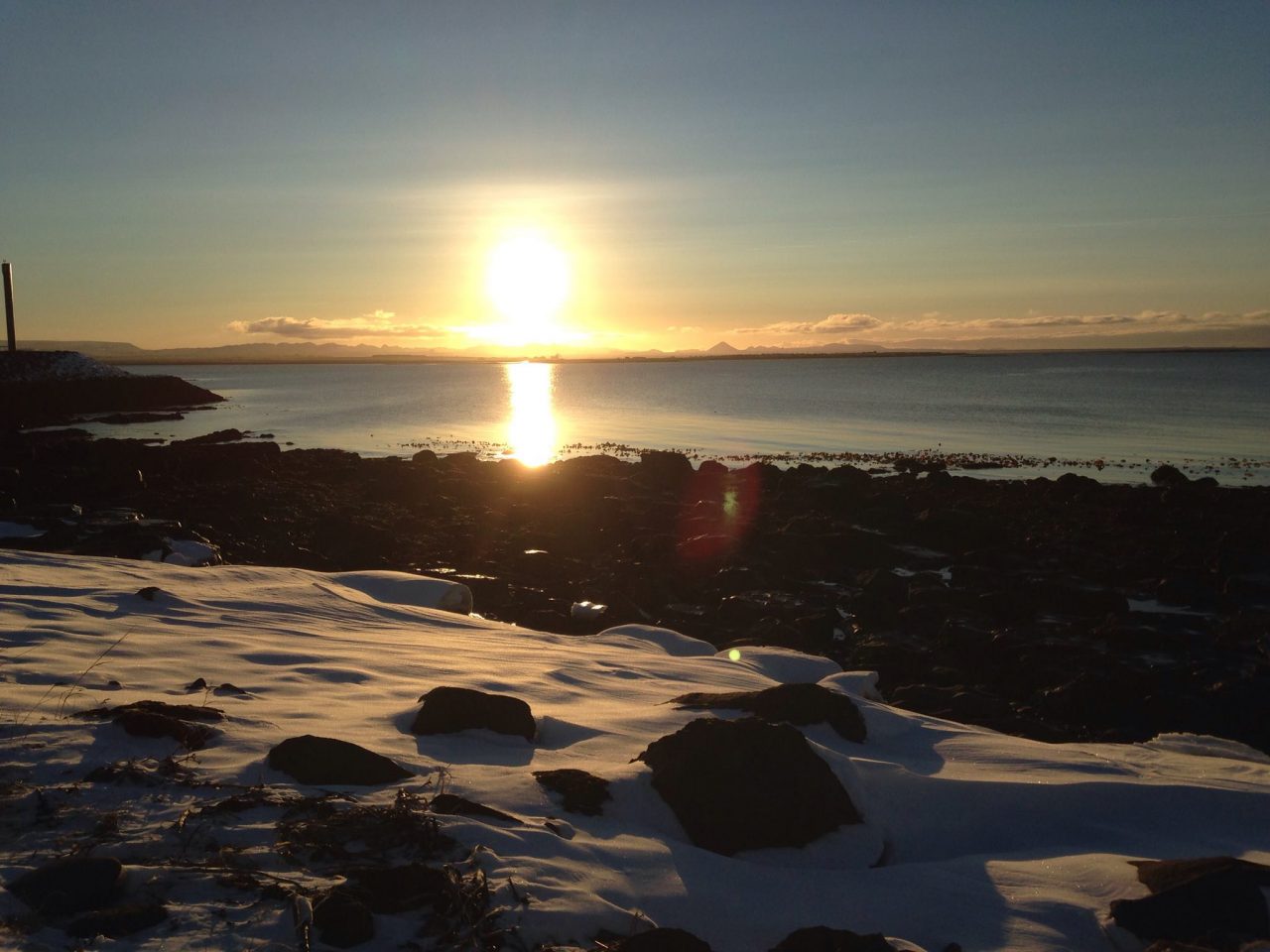 Reykjavik was recently ranked as the number one city destination by Trip Advisor and I can now confirm this to be a very reasonable decision.
On arriving at Reykjavik – Keflavik airport, a forty minute bus ride from the city, I was immediately struck by the snow, having missed out on a Yorkshire White Christmas. There was a lot, and what struck me the most was the sheer normality of it. Whilst England would have been halted still, this country seemed to thrive off it, with hunks of snow indicating lanes of traffic and thus forth. This was evident in Reykjavik itself, although I struggled between the cycling lane of snow and the walking path of snow on more than one occasion.
Although there are plenty of cheap or free things to do within Reykjavik itself, such as hike Mount Esja, see the views from Hallgrimskirkja Church, or take a dip in a geothermal swimming pool, due to limited time we decided to simply amble. We navigated ourselves in completely the opposite direction to plan, but stumbled across geothermal pools close to the sea, distinguishable by their rising steam.
The city itself was quaint; Christmas lights were strung on most trees, and it was accessible to us by crossing a romantic, frozen lake. Our romantic moment consisted of him falling, and me laughing.
The next day we did the popular ‘Golden Circle’ day tour and then went lava tube caving. The company ‘Reykjavik Excursions’ offers plenty more opportunities: snorkeling, snowmobiling, 4×4 adventures etc. The Golden Circle tour however consisted of visiting Þingvellir, (the waterfall Gullfoss); Haukadalur, in which live the geysers, Geysir (after which all other geysers are named after) and Strokkur, which erupts every five to ten minutes. Our final stop was Thingvellir, a beautiful national park, in which the American and Eurasian tectonic plates are pulling apart a few centimeters per year. Here, it was my turn to fall and be laughed at, however I turned the moment into a snow angel. Our tour also consisted of a dairy farm for an ice cream stop – perfect for the weather.
Both nights we went on a Northern Lights Tour, but unfortunately we only saw a few static green lights. We did get two free astronomy talks whilst we waited though, so ask me anything!
The good part of Reykjavik Excursions, (the company we booked it through), is that they offer unlimited free Northern Lights Tours for two years until you see the lights. So I just need to find the money for my flights and I’ll be back.