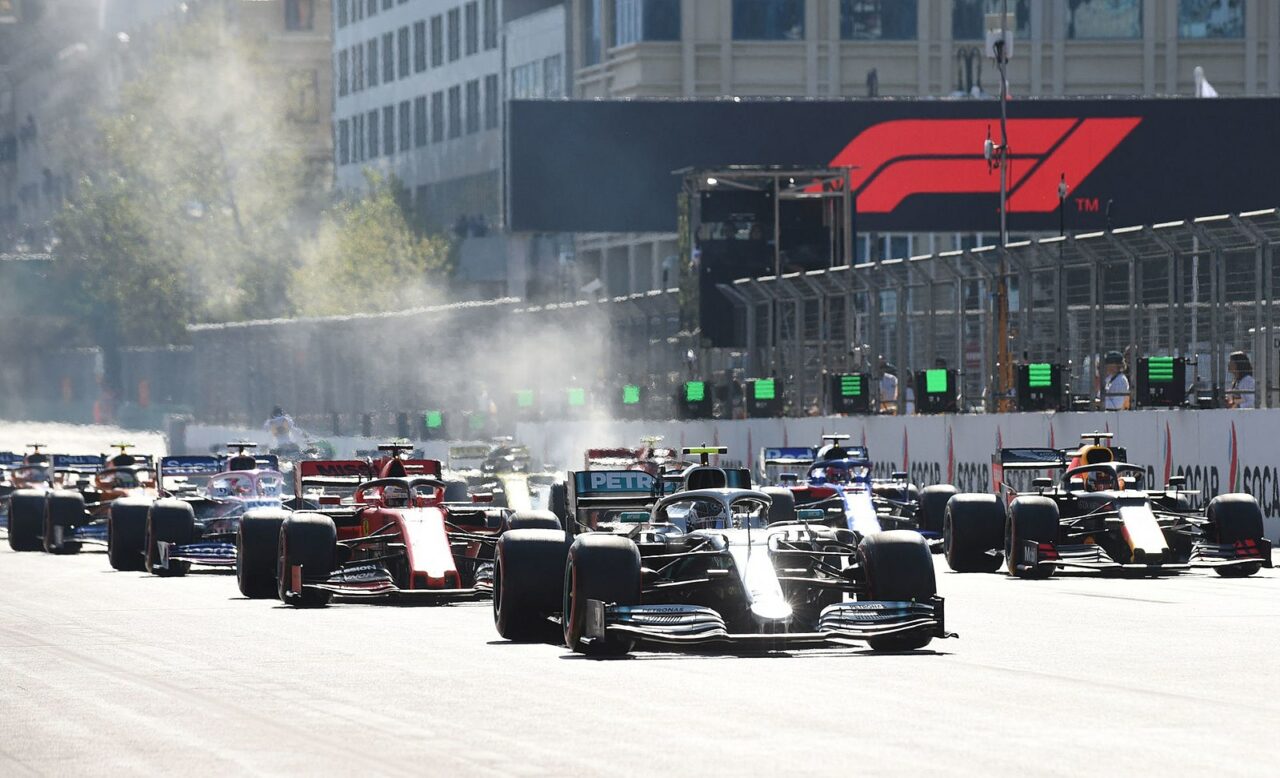 When the season was suspended indefinitely in March due to a series of positive coronavirus tests in the F1 paddock, no one would have predicted the remarkable rollercoaster of a season that was to come. 17 races, thousands of COVID tests, 13 different podium sitters, and a record-equalling 7th title for Lewis Hamilton condensed into 164 days finally wrapped up recently in Abu Dhabi to mark the end of a crazy season.

The season gave us first-time podium-sitters and first-time winners, with the first being at the first race of the season in Austria; Lando Norris was promoted to third place after a 5-second penalty for Lewis Hamilton, handing him his maiden podium in Formula 1. An incredible race at Monza in the first of the Italian Grand Prix saw Pierre Gasly win a race for the first time, with Carlos Sainz and Lance Stroll joining him on the podium, which was also the first race since 2012 to not have a Mercedes, Red Bull, or Ferrari driver on the podium. Alex Albon also scored his maiden podium a week later in the second Italian Grand Prix to be the first-ever Thai Driver on the podium. Sergio Perez won a race for the first time at the Sakhir Grand Prix, only two races after his teammate Lance Stroll took his first pole position in the 14th race at the Turkish Grand Prix, the first of only two non-Mercedes poles of the season.

Lewis Hamilton proved once again to be the best driver on the grid, taking home his 7th World Drivers’ Championship, equalling Micheal Schumacher’s record 7 world titles. He finished 124 points ahead of his Mercedes teammate Valteri Bottas, and confirmed the inevitable with a win at the Turkish Grand Prix. This season he also broke the record for the highest number of wins; he now sits on 95 wins compared to Schumacher’s 91. He has also been awarded with Sports Personality of the Year 2020 for the second time thanks to his incredible achievements this year, and his activism work off-track.

Despite the top 3 drivers of Hamilton, Bottas, and Red Bull’s Max Verstappen seeming to be confirmed very early on in the year, the battle for the Top 3 of the Constructors’ trophy came down to the final race of the season. Renault, Racing Point, and Mclaren traded the third-place spot between them for the final few races of the season, entering the Abu Dhabi Grand Prix with only 10 points separating Racing Point in 3rd and Mclaren in 4th, and another 12 points to 5th placed Renault. In the end, it was Mclaren who came out victorious; Racing Point scored only 1 point in the final race thanks to Sergio Perez’s engine failure, and Estaban Ocon and Daniel Ricciardo of Renault could only manage 7 points between them. This meant that the 18 points scored by Mclaren’s Carlos Sainz and Lando Norris were enough to hand them a 7 point lead for third

2020 also provided us with a new appreciation for the medical team and the marshals who are so crucial to making Formula 1 run smoothly, and also for the safety measures brought in by the FIA. There is no doubt that they saved Romain Grosjean’s life this season. An opening-lap collision with the barriers in Bahrain caused his car to be split in two and erupt into a fireball due to the 53g force experienced, with the quick work of the medical crew and marshal team allowing him to walk away from the accident with only minor burns. He attributed his survival to the halo on his car, a head-protection device that prevented any injury to his head or neck so he could pull himself from the car embedded in the barriers. It also showed its effectiveness during the Tuscan Grand Prix, a race in which two red flags were shown due to collisions, and 8 drivers were forced to retire from the race due to damage. All of the drivers involved in the collisions walked away with no injuries, even though one driver described it as “the worst thing I’ve seen ever”.

With 23 races currently planned for the next season and all but one driver line-ups already confirmed, a Schumacher returning to the grid, and controversy surrounding one of the newest recruits, 2021 looks to be just as exciting of a season as 2020.