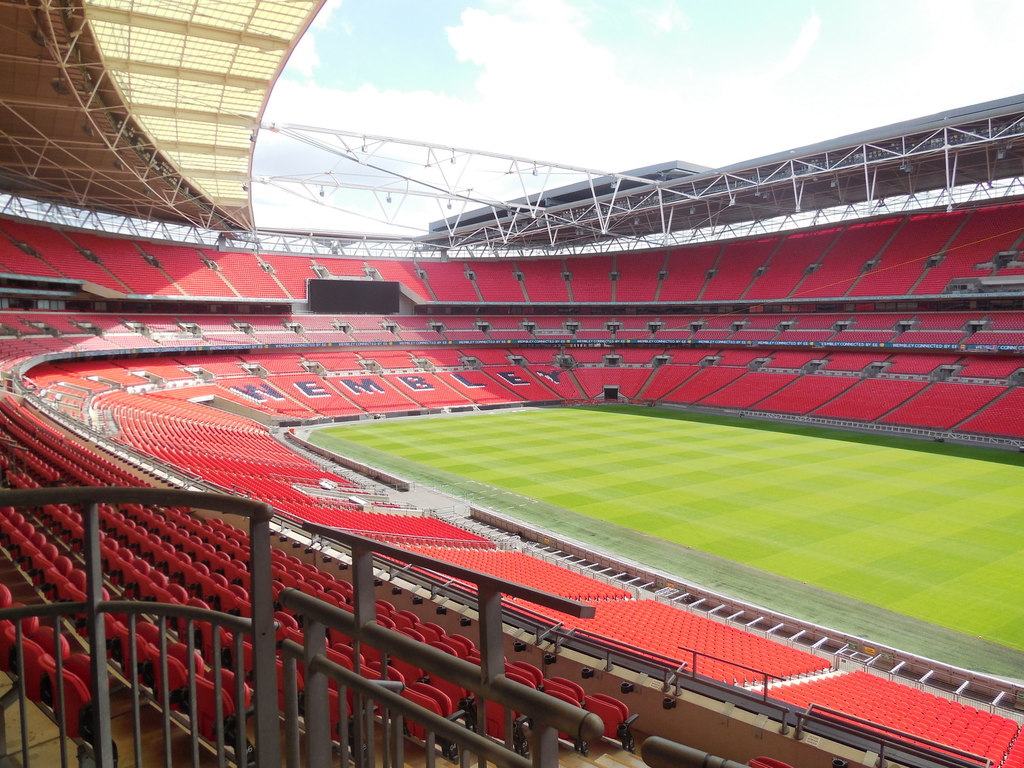 England and Wales faced each other this week at Wembley Stadium in a behind-closed-doors international friendly, having last played each other at Euro 2016.

With both already qualified for Euro 2020 (now 2021), they used this as an opportunity to warm-up for crucial upcoming nations league matches against Belgium and the Republic of Ireland respectively. Wales come into the international break in the better form of the two- they are unbeaten in 8 games, a run stretching back to June 2019. England were poor in the last international break, beating Iceland 1-0 with a last-minute penalty, and drawing 0-0 with Denmark.

Following the national anthems and the players showing their support for the Black Lives Matter campaign by taking the knee before kick-off, Wales got the game underway for the first of 3 international games in 7 days for both teams.

Wales got the first shot of the game 5 minutes in, with Roberts’ miskicked shot earning Wales a corner in the process. England nearly made a breakthrough on 12 minutes; the ball played into Calvert-Lewin who passed it into the box. Fortunately for Wales there was no one there to tap it into the empty net, and it went straight to the feet of a defender. Kieffer Moore had a good opportunity to put Wales in front after 21 minutes, shooting wide after a misplaced header from Saka. Despite several good shots and domination from Wales, England took the lead in the 25th minute after a cross from Grealish on the right was headed in by debutant Calvert-Lewin. Wales did almost manage to pull it back straight away, with Mepham heading a corner straight into the keeper’s arms, closely followed by Moore losing his marker to be clean through on goal before the keeper came off his line to collect the ball. Despite England goalkeeper Nick Pope getting a knee in his face in the process, it is Wales striker Kieffer Moore who suffers the most, picking up an injury; after going down for a second time he had to be replaced by defender Nico Williams with 40 minutes played, meaning a change in formation for Wales. Half time came with England leading 1-0, but Wales were debatably being the better team with several opportunities to equalise after going behind.

Following two changes at half time for Wales (Joe Rodon and Joseff Morrell are replaced in favour of Ben Cabango and Dylan Lewitt), England got the second half underway. Wales again started well with a weak shot from Roberts, but England were the ones to put the ball in the net once again to make it 2-0. This time it’s a superb cross from Trippier from a free-kick after Ampadu brings down Grealish, and Coady calmly passes it past Hennessey for his first ever England goal. Wales will think that they again could have responded immediately, with Matondo hitting the post despite being fractionally offside. England made 3 changes just before the hour mark (Mason Mount, Reece James, and Tyrone Mings replace Calvert-Lewin, Trippier, and Gomez), and completed the task just after the 60-minute mark, adding a third goal via a spectacular bicycle kick from Danny Ings to make it 3-0.

Several incredible saves from Wales keeper Hennessey after shots from Saka, Ings, and second-half substitute James Ward-Prowse kept the final scoreline to 3-0. There were positives to take from the game for Wales though – they could’ve also equalised the first and second goals almost immediately on another day, their team contained many inexperienced players, and their senior players showed they could be relied on, with both Davies and Hennessey putting in good performances. Ultimately England extended their run over Wales with their 68th win in 103 meetings, having not lost to them since 1984.