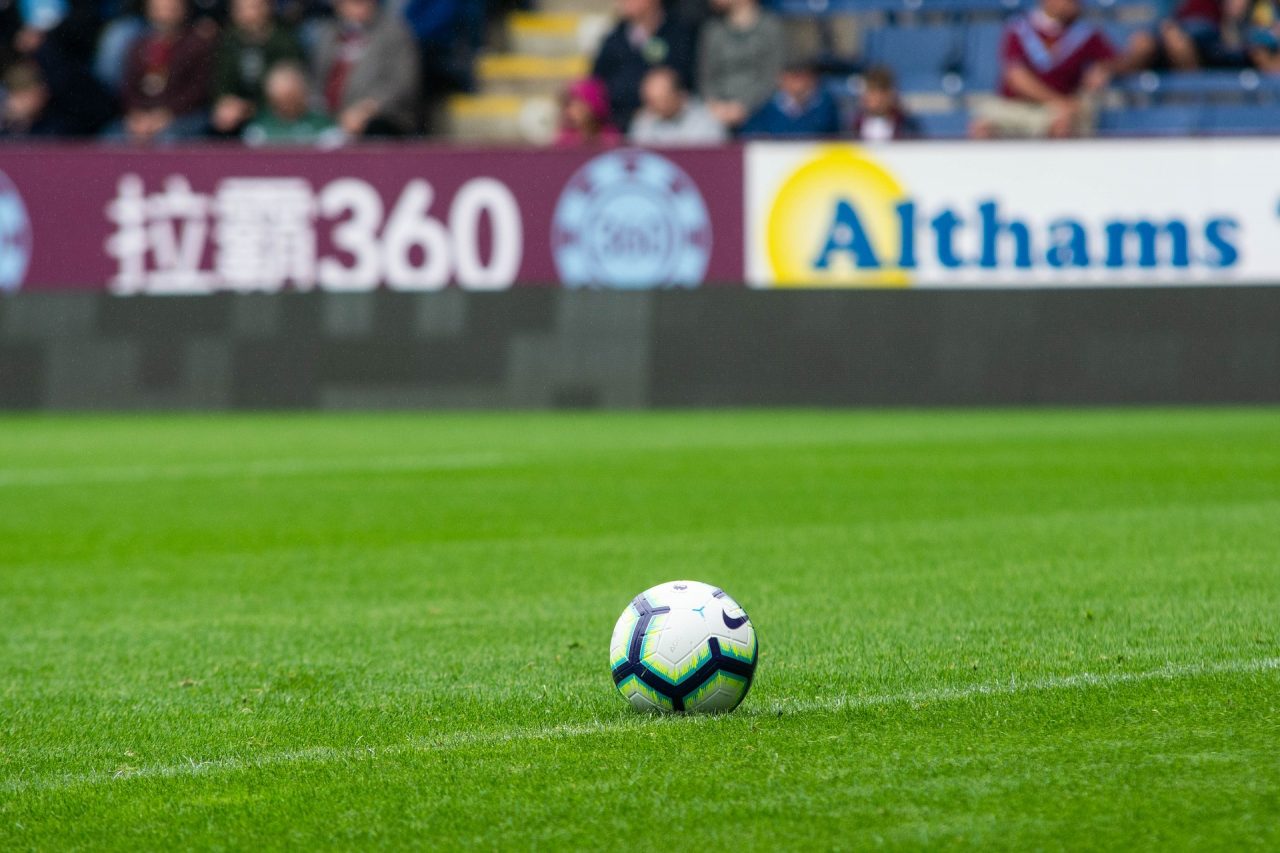 Image by Kelvin Stuttard from Pixabay

Football’s international summer transfer window closes for another year. International transfers are set in stone, no more players will be traded internationally until January and domestic trades should be settled within a week. The rumour mill can calm down and sports journalists can sleep peacefully without worry of any new developments about their club. We can finally stop talking about whether or not Jason Sancho is going to Manchester United. So, let’s take a look at the highlights.

For what feels like forever (but has actually been 7 years), Wales forward Gareth Bale has been linked with a return to Spurs from Real Madrid, who he joined in 2013 in a record transfer for the time. His last few years have not been the most pleasant; his manager and the fans hate him, he gets paid 600k a week to play golf in the Spanish sun, and everyone has an opinion on the “Wales. Golf. Madrid. In that order” saga. But now he’s finally returning to Spurs on a season-long loan, with the option of a further year to take him to the end of his Real Madrid contract. He is joined by four other new players: Real Madrid teammate Sergio Reguilón, who won the Europa League last season on loan at Sevilla; Southampton midfielder Pierre-Emile Højbjerg, who takes the number of ‘players called Pierre in North London with double-barrelled first names’ up to 2; Benfica loanee Carlos Vinícius; and Wolverhampton Wanderers (Wolves) and Ireland fullback Matt Doherty. They join an already large Tottenham squad whose manager, José Mourinho, has described as being too big for his liking; even with the condensed season and participation in 4 competitions. With the domestic transfer window open for an extra week, there is still time for departures- Danny Rose, Jack Clarke, and most notably Dele Alli have all been linked with exits; Kyle Walker-Peters has already moved to Southampton, and Ryan Sessegnon and Juan Foyth have already left on international loans to Hoffenheim and Villarreal respectively.

Chelsea have not been hit with COVID financial difficulties

Though many clubs throughout the football pyramid are struggling at the moment, Chelsea is one of the few clubs who can definitively say they are not. They have spent over £200 million this transfer window, with deals for Kai Havertz (£72 million, Bayer Leverkusen), Timo Werner (£48 million, RB Leipzig), and Ben Chilwell (£45 million, Leicester City) among others. Unfortunately for them, their start to the season has not been ideal. They admittedly had a promising start with a 3-1 away win against Brighton and Hove Albion, but shortly after suffered a 2-0 loss to Liverpool, a late 3-3 draw with newly-promoted West Bromwich Albion, and were knocked out of the Carabao Cup on penalties by London rivals Tottenham. New signings do tend to take time to settle into a side properly, but with the money hanging over their heads, manager Frank Lampard will be hoping they adjust to the pace of the Premier League quickly.

The Nou Camp is not a happy camp

A day we never thought would come, “Lionel Messi intends to leave Barcelona this summer”. Having seemingly grown frustrated with the behind-the-scenes issues at Barca, Messi announced he would attempt to leave the club in the summer following a painful 8-2 Champions League loss to league champs Bayern Munich. His contract contains a clause which allows him to leave on a free transfer come the end of each season, however this clause is only active until June. Due to the pandemic and the suspension of football, Messi played his last game of the season on 14th of August- past the deadline. This meant that club lawyers could argue that this clause was no longer active. If he wanted to leave he had 2 options: find a club who could afford to pay the £700 million release fee in his contract; or pay it himself and leave on a free. Unwilling to pay his own release fee, and with there being only a handful of clubs who could even consider paying £700 million for a player, he remains at the Nou Camp for at least another season.

Everton fans must surely be happy with their business this transfer window. James Rodriguez joins on a free transfer from Real Madrid, Allan comes in from Napoli for a fee of £22.5 million, and Abdoulaye Doucouré joins from Watford in a £20 million deal. The same happiness is not shared with the fans of West Ham United. At the beginning of the transfer window they were asking for £25 million for England youth international Grady Diangana, boyhood West Ham fan who spent last season on loan with West Bromwich Albion. The board then angered fans and players alike by agreeing a deal with the Baggies worth up to £18 million, with only £12 million to be paid up front. This prompted the club’s captain, Mark Noble, to tweet “As captain of this football club I’m gutted, angry and sad that Grady has left”, which fans around the country echoed. West Brom fans were left pleased though- Diangana joins up with Matheus Pereira and Callum Robinson, who joined on a swap deal with Oliver Burke who went on to Sheffield United. Sheffield United secured a deal for Liverpool’s Rhian Brewster and Bournemouth’s keeper Aaron Ramsdale. The keeper has big shoes to fill after Dean Henderson returns to parent club Manchester United, alongside Dutch midfielder Donny Van de Beek and free agent Edinson Cavani (who takes the famous number 7 shirt).

Meanwhile, Liverpool look to defend their title, adding Diogo Jota from Wolves and Thiago Alcântara from Bayern Munich to the ranks. Manchester City need reinforcements at the back if they are to take their title back; they’ve signed Rúben Dias from Benfica and Nathan Aké from Bournemouth. Wolves have continued their theme of signing Portuguese players, bringing in Fábio Silva from Porto and Nélson Semedo from Barcelona. Across the midlands, Aston Villa have signed striker Ollie Watkins in a £25 million deal; and he joined by French winger Bertrand Traoré and goalkeeper Emiliano Martínez. Despite interest from elsewhere, Eberechi Eze gets his wish to stay in London, joining Crystal Palace from QPR for £16.5 million. Leicester City got off to a slow start before signing fullback Timothy Castagne who scored in their opening fixture. They remain linked with Burnley’s James Tarkowski. Arsenal confirmed the signing of Thomas Partey on deadline day for a fee of £45 million; swapping places with Lucas Torreira who joins Atlético Madrid on loan.

Outside of the Premier League

There have been deals flying around in the EFL too; one of the most interesting being the transfer of Ivan Toney to defeated play-off finalists Brentford. He joins for a fee of around £5 million from Peterborough after 49 goals and 15 assists in 94 appearances. The bees will be hoping to go one better than the playoffs this season and claim one of the automatic promotion spots. Wigan have been hit hard by their points deduction and subsequent relegation, with only a handful of players from the last match day squad of the 19/20 season making it to the beginning of the 20/21 season. Many have left on cut-price deals as the club look to desperately raise funds- Wales forward Kieffer Moore joined Cardiff City for £2 million, young defenders Antonee Robinson and Cédric Kipré join Fulham and West Brom, and Jamal Lowe and Josh Windass both secure championship moves, joining Swansea and Sheffield Wednesday.

It’s impossible to cover every single thing that has happened in this roller-coaster transfer window, but it’s safe to say there have been highs and lows for every club. No doubt there is more to come before the domestic transfer window closes on the 11th of October, but at least we can all calm down for a bit and stop constantly checking twitter for transfer updates- until January at least.