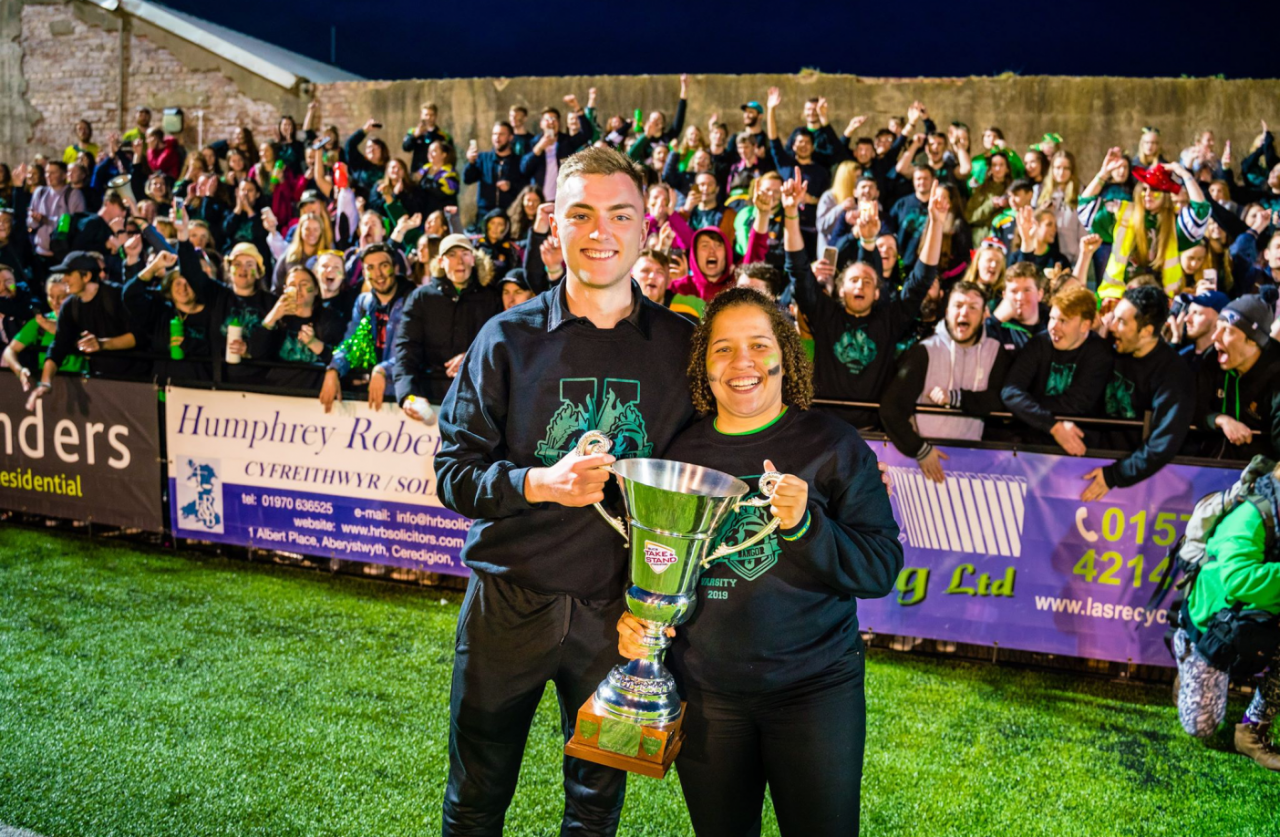 The Undeb Bangor Board of Trustees have made the decision to leave the position of Athletic Union President/VP Sports vacant for this academic year.

This decision came after the July resignation of former Undeb Bangor President Harry Riley, and his subsequent replacement with then-AU-President, Henry Williams. Among their reasons for forgoing a second by-election, Undeb Bangor cited late timing, which would leave any successful candidate inadequate time to prepare for the role; as well as leaving graduates of the 2019/2020 academic group unable to vote, having been declassified as students in August. They also cited Covid-19’s restrictive effect on sporting at Bangor, which will likely leave the responsibilities of the AU President much-reduced, and have pledged to reinvest the position’s salary into student engagement and activities.

I talked to Henry Williams, former AU President, and now Undeb Bangor President, to find out what will become of the Athletics Union this year.

Question: Who is currently carrying out the duties of the AU President?

‘It was agreed that some of the responsibilities of the AU President will be shared amongst the rest of the Sabbatical Officer team. Sport still remains a large part of my agenda as SU President, and so I feel I will still be able to represent AU members effectively, especially with more access to University decision-making meetings as the President. One of the BUCS requirements is that all member institutions are required to have a student representative, and It was decided that I will continue with this role, especially being familiar with the BUCS processes. 2020/21 will certainly be a different year for Sport, but as a Sabbatical officer team we will ensure that it remains a priority at Undeb Bangor.’

Question: What has/will become of the manifesto you ran with to win the AU President position in March?

‘Despite no longer holding the position of AU President, I see my new role having a broadened capacity to see many of the pledges through. We have to recognise that this year is a different year developmentally, with our priorities likely having to adapt to whatever the current situation presents us with, but with that being said I maintain the desire to follow through on those manifesto points, as I strongly believe they contributed to me being re-elected. One example of those points being demonstrated in us securing the assurance that Wednesday afternoons will remain free of timetabled sessions from 12pm, which I saw as a priority even with the delayed start to the BUCS season. I am delighted that the University worked with us on seeing that through, irrespective of the challenges we have faced with regards to timetabling and Covid-19.’

Question: Considering the Covid-19 restrictions and safety precautions, for both Wales in general and the Uni, what challenges is the AU likely to face this semester? How severely are clubs likely to be affected?

‘I think the challenges we face collectively are unprecedented and unlike any year before. Our desire as a union is to maintain as much of our student group activity that is possible in line with the relevant guidance provided to us by the Government, the University and National Governing Bodies in Wales. Rest assured we will be looking to maximise student activity, as long as we can ensure it is safe for all those involved. Currently there are immense challenges due to the restrictive nature of Covid-19, ensuring social distancing is one part, but the other sits with the physical space available to accommodate that activity.’

In a recent blog post, Williams expressed the difficulty of juggling those guidelines from the UK government, the Welsh government, and national governing bodies at the same time. He again emphasised, however, the determination of Undeb Bangor to minimise the impact of the pandemic on student activities and finances. Straight out of the budget cut frying pan and into the pandemic fire, Bangor’s Students’ Union certainly has another tricky semester ahead to prove their ingenuity.