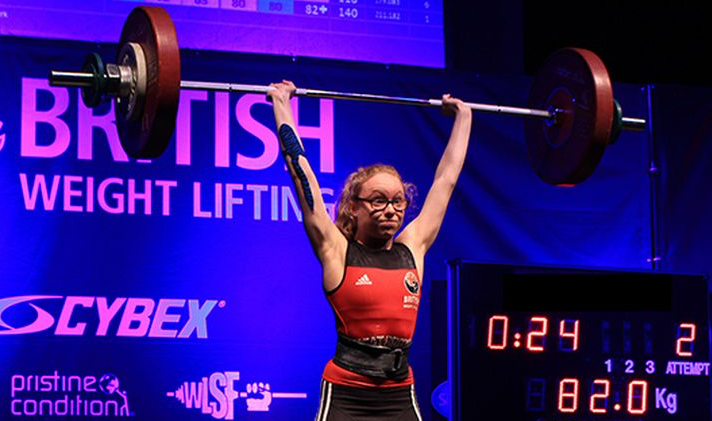 British Weightlifting have selected Bangor University’s Catrin Jones as part of their 2018 squad for the FISU World University Weightlifting Championships. The competition will take place in Biala Podlaska, Poland between 20th- 23rd September 2018.

Catrin represented Wales at the Commonwealth Games earlier this year and finished 4th at the Junior World Championships which were held in Uzbekistan last month. As well as studying for her Psychology degree, the 19-year-old athlete trains at Canolfan Brailsford to prepare for tournaments.

Dave Jones, Health and Fitness Manager at Canolfan Brailsford, said: “Bangor University has now got some very talented athletes training at Canolfan Brailsford which have represented Wales and GB on the world stage. With the recent opening of our great new facility, Platfform81 – which is open to all, we hope this will help athletes with their training to achieve their future goals.”

Catrin was named Young British Weightlifter of the Year in 2017, a title that is awarded to an Olympic weightlifter for exceptional performances and achievements. Ashley Metcalfe, British Weightlifting Chief Executive, said: “Catrin has been 100% committed to the sport for many years and despite her age, she is always professional, confident and a pleasure to be around. BWL are truly proud to have Catrin represent us at national level.”