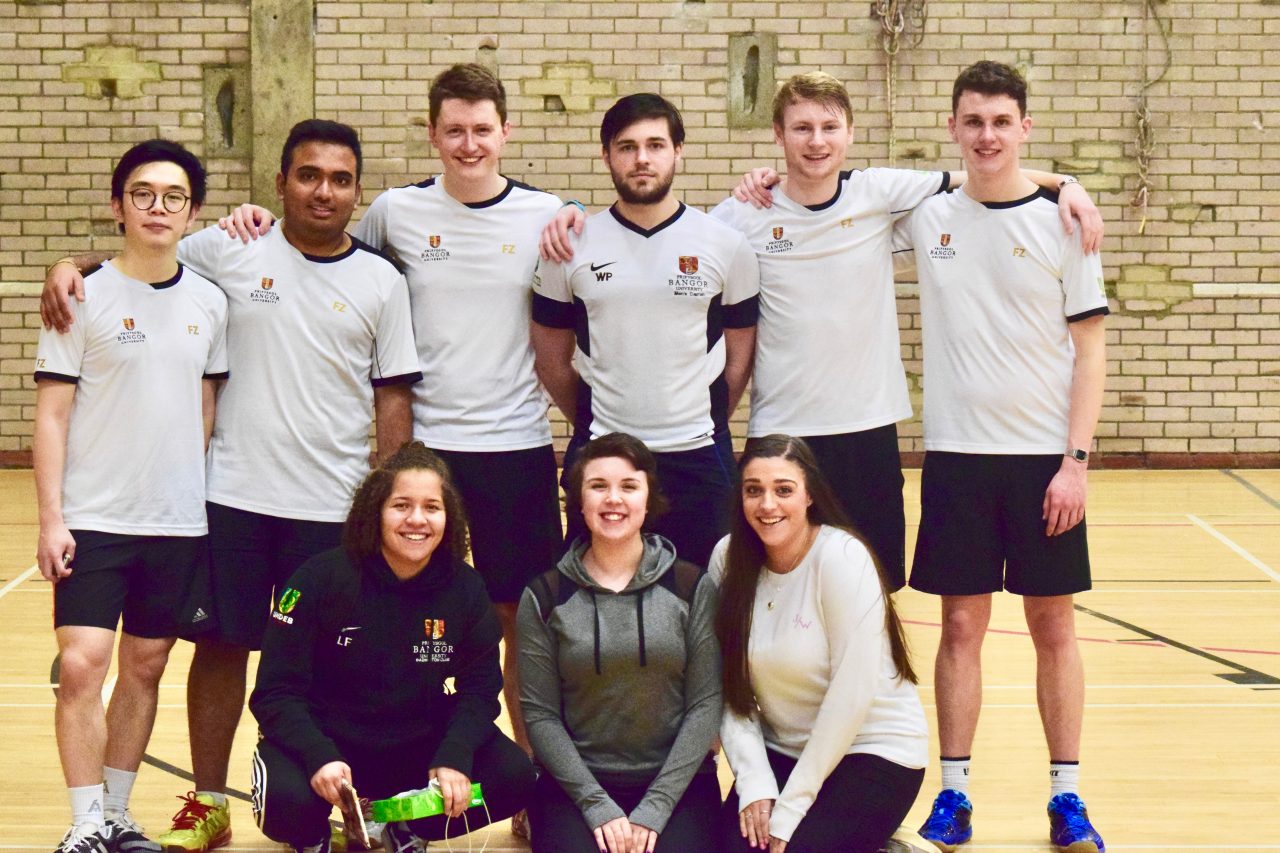 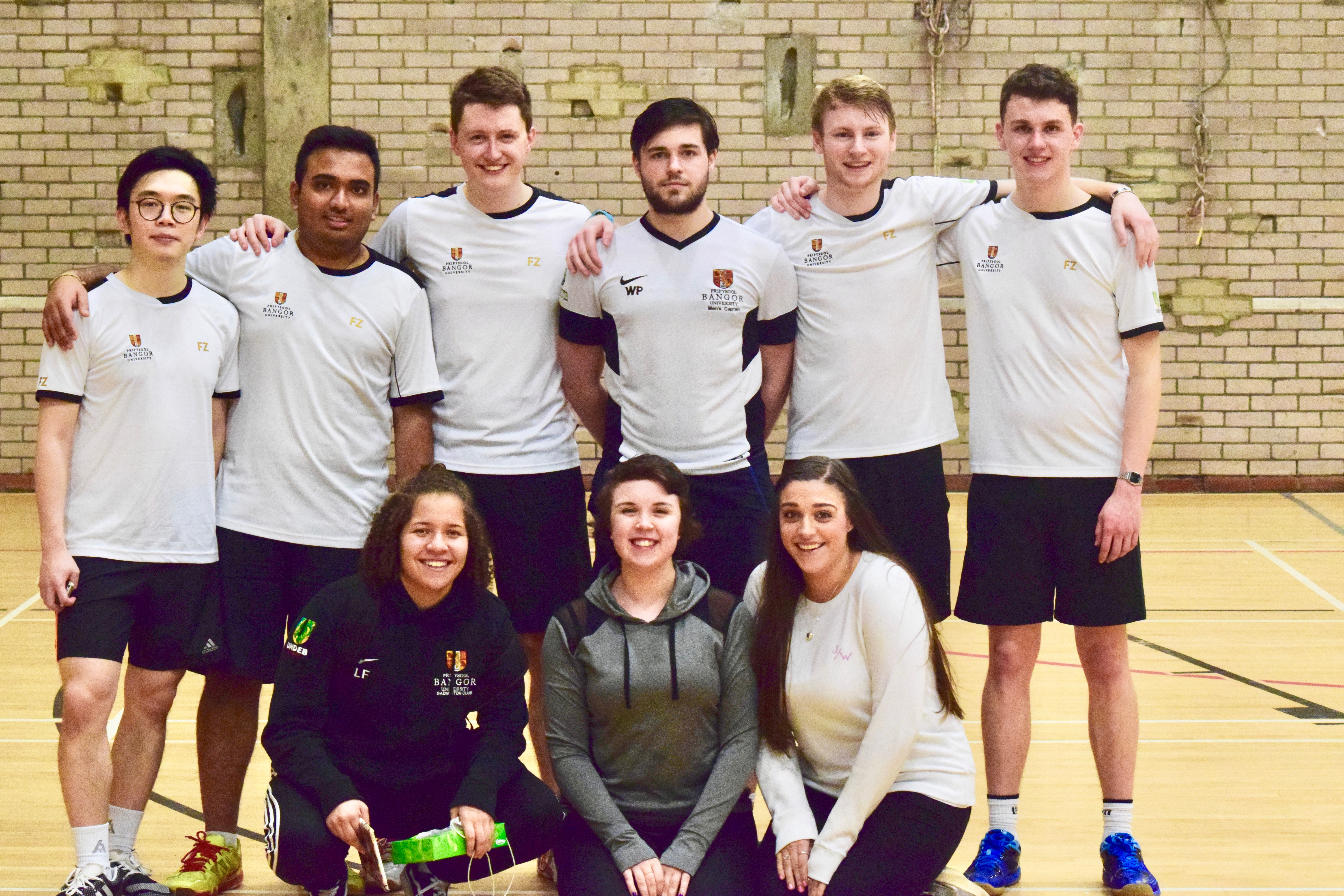 Wednesday the 8th of March marked the date that our Men’s 1st Badminton team, made the long and arduous journey to the University of York, to play in the conference cup final against Northumbria University 1sts. The team knew the competition would be fierce, as both teams had topped their respective leagues, but our men felt aptly prepared to deal with the challenge. The Team set off to York with a team comprising of Andy Watson, Oscar Chan, Josh McMullan, Charlie Hersant, and captain Will Peck. 2nd Team Captain, Nishanth Chinthangal (Nish), was called up to take the place of Will Toomey.

After the long journey (and an extensive walk around the York campus trying to find the ever-elusive sports centre) they were ready and excited to compete. The first round of matches saw captain Will Peck face Northumbria’s 2nd singles player, and Nishanth Chinthangal face Northumbria’s 1st singles player. Nish, who had been called up from the second team, played valiantly, but was unfortunately outclassed by the sheer power and precision of the Northumbria player who won the match in straight sets. Will put up much more of a fight, in two very even games, but despite his hard work, Will struggled to find his rhythm, and was beaten by Northumbria’s 2nd singles in straight sets, 22-20, 21-19.

Despite the two losses, Bangor were still confident leading into the first round of doubles, and with good reason. First year pairing Josh McMullan and Charlie Hersant triumphed against the second Northumbria pair with ease, pushing them around the court, and leaving them totally exposed with clinical finishing, winning their games in straight sets, 21-13, 21-15. Old boys (fourth years) Andy Watson and Oscar Chan had a slightly tougher time, struggling to hit the mark in the first game, losing 21-19, but turned their game on in the second two games, winning them in style 21-16, 21-13. At the halfway point, the score was 2-2.

Nish then took on Northumbria’s second singles player, and despite giving his all, could not triumph, and lost his games 21-8, 21-9. Captain Will had a huge amount of pressure in his second singles match, as a win was needed in order to secure an overall team win. He gave his all, playing some high-quality badminton, and using every net shot in the book, but unfortunately could not get the better of their first singles player, who is currently in England’s top 40 and was seeded top 16 in BUCS nationals, losing 21-13, 21-12. After all the single matches had been played, the score was 4-2, to Northumbria.

Oscar and Andy put on one of their best performances of the season, finding their best form to beat Northumbria’s 2nd doubles pairing in straight sets winning 21-13, 21-16. Charlie and Josh seemed to be having a comfortable time in their fixture against the 1st doubles pairing, winning the first game 21-14, but in the second game, Northumbria really bit back and tested our boys, but Josh and Charlie managed to keep their nerve, and won the game 28-26, ultimately winning the match in two sets.

This meant the final score was 4-4 – a draw, but due to the knockout nature of the fixture, the result needed to go down to sets, and unfortunately a very strong Northumbria team were victorious, by one set. But this is no way detracts from arguably one of the most successful seasons Bangor Badminton Club has ever had, with the men’s 1st team dominating the league and securing promotion to league 1A, as well as making it to the final of the Conference Cup. 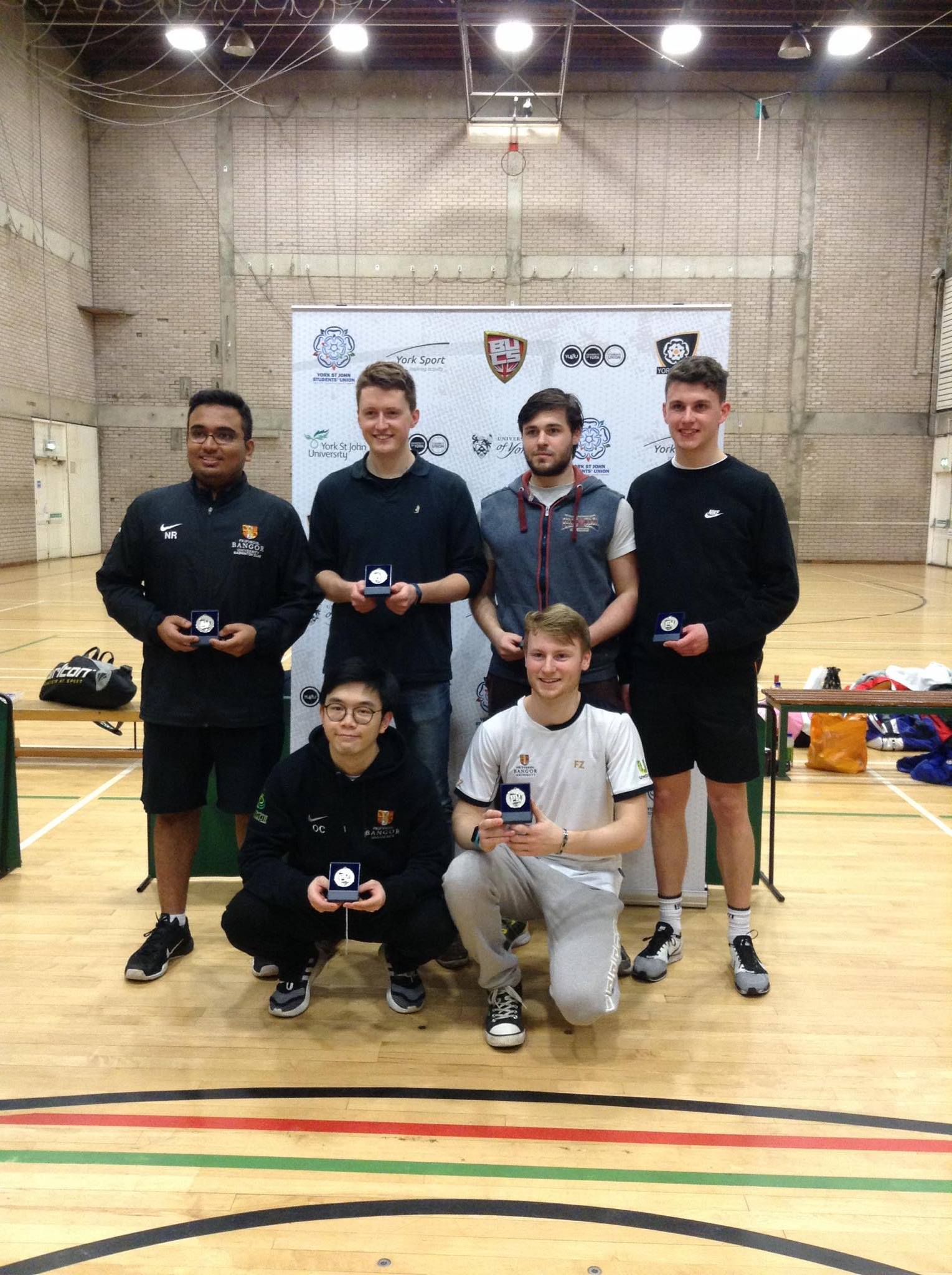 The Bangor University Badminton Club would like to give a massive thank you to all those who helped Bangor University Men’s 1st team achieve a successful season: William Peck, Oscar Chan, Andy Watson, Muhasin Sinu, Josh McMullan, Charlie Hersant, William Toomey and Nishanth Chinthangal. A huge thank you also to those who came to watch the match.

Let’s hope that we continue our success into the 2017/18 season.