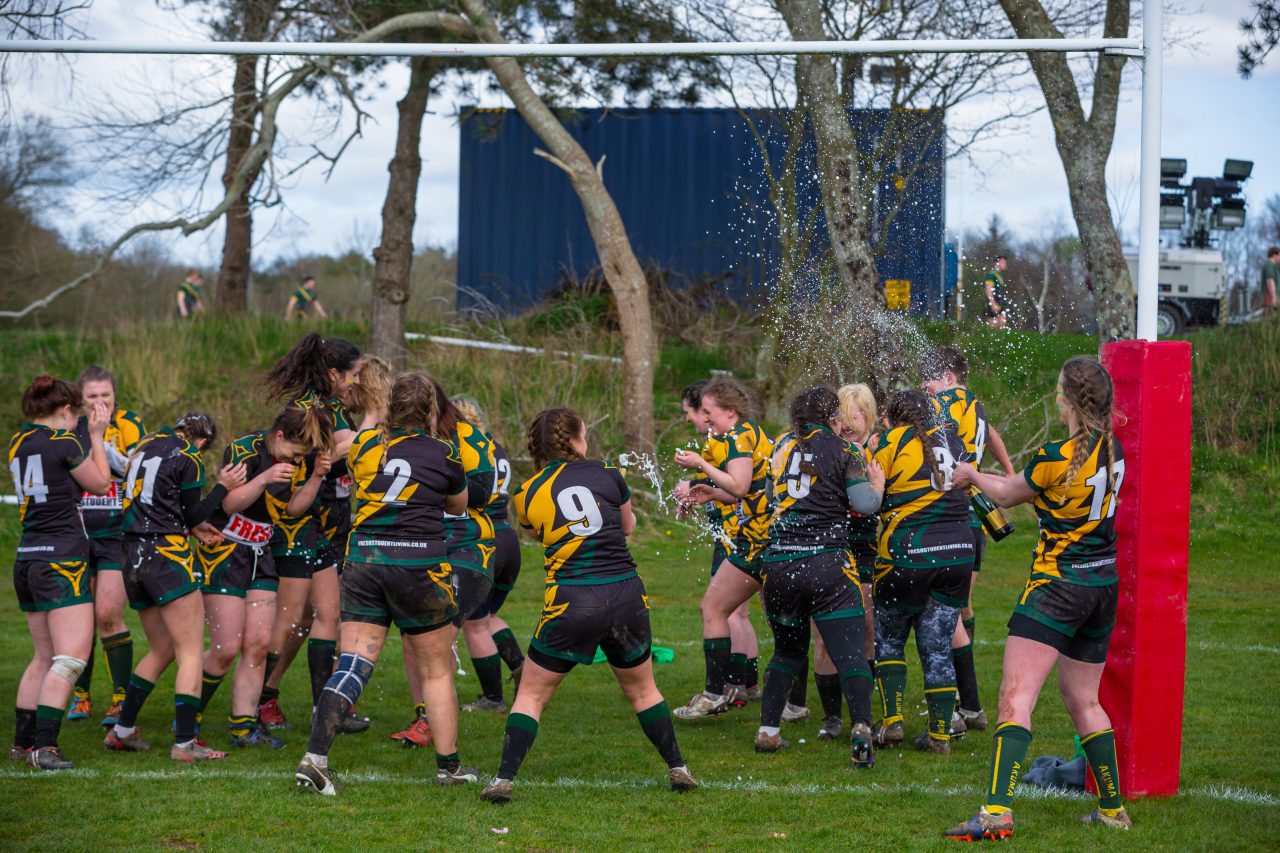 Following a 25 – 19 defeat last year ,Bangor were looking for revenge as the visitors headed into the game ready for battle. Aberystwyth started promisingly as they dominated in attack, however a strong defence was paying off for Bangor. Unfortunately just minutes into the game Aberystwyth were struck with injury- resulting in the game being paused for almost an hour with paramedics called to the scene.

After the restart Bangor capitalised on Aberystwyth’s injury concerns and opened up the scoring with a quick try to make it 5 – 0 to the home side. This was quickly followed up by quick hands and beautiful footwork to make it another try for Bangor.

Aberystwyth appeared to be struggling at this stage in the game and were unable to maintain possession of the ball. Bangor utilised their chances and scored an unchallenged try under the posts taking the lead to 15 – 0.

As the clock was approaching half time, Aberystwyth appeared to be on the attack  until a strong tackle from Bangor resulted in another injury for the travelling team. Once again the game was paused and medics were called back on site and the player was taken off the pitch. The game resumed 30 minutes later for the second half and Aberystwyth seemed very agitated and uncomfortable with what had occurred in the opening half of the game.

With a growing crowd from both the home side and the opposition, the Bangor ladies were looking to impress. Bangor did not disappoint the home spectators with some quick nice passes and beautiful footwork to make their way up the field which resulted in a quick dash for the try line, which paid off. This was then followed by the only conversion of the game. Bangor took a 22 – 0 lead at this stage.

Although Aberystwyth were trailing they  did not give up and tried to dig deep to get some points on the board without any success. A comeback for Aberystwyth was unlikely with 10 minutes to go to the final whistle and Bangor were looking dangerous. Bangor released the ball from the scrum quickly to find a spare woman who created an overload on the left hand side to score. In the final minutes of the game Bangor did not take their feet off the accelerator finishing the game off with a beautiful try, resulting in a 32 – 0 victory over Aberystwyth.