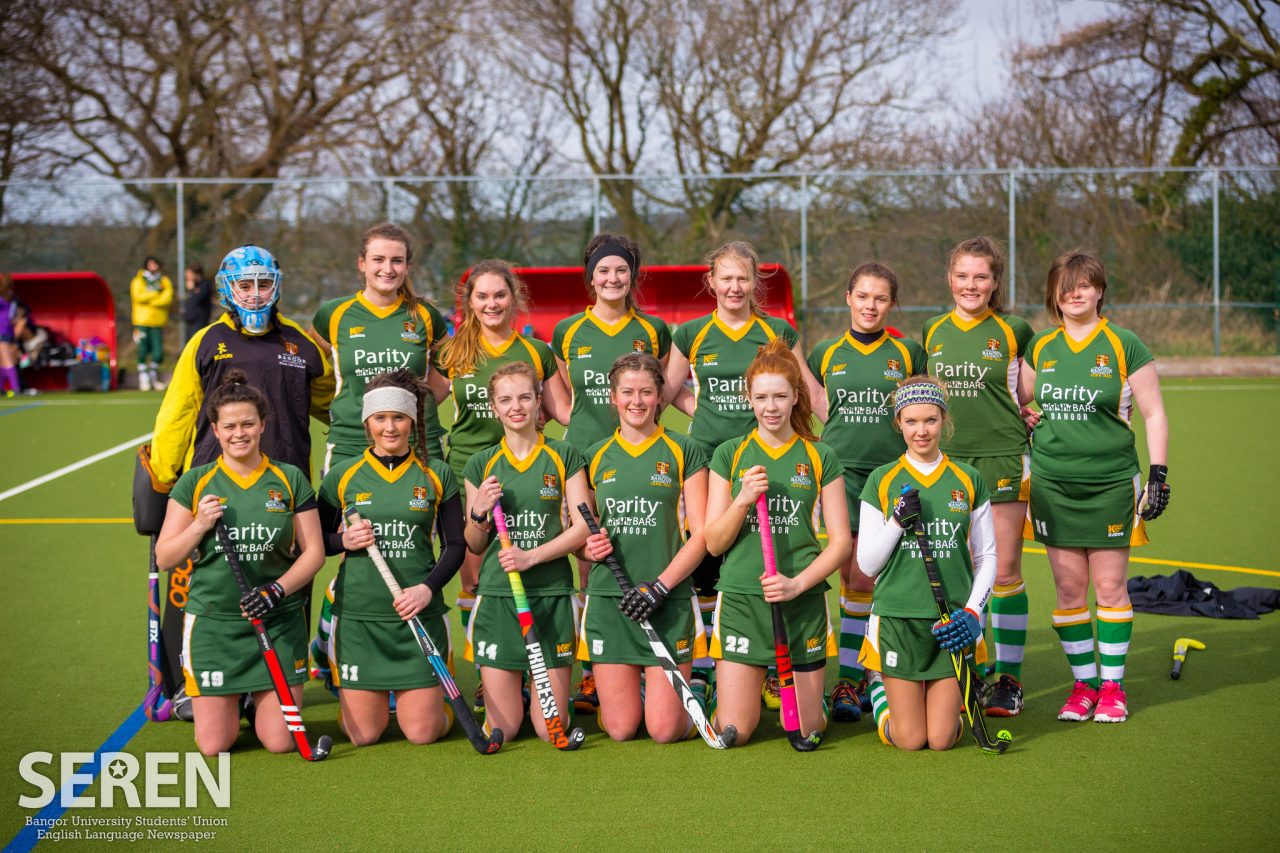 Wednesday 9th March saw the final of the BUCS Northern Conference Cup competition held at a neutral pitch at the University of Lancaster. Out of the 64 teams that entered the cup Bangor Ladies 1st team made it to the final against York University 1st team.

This is the furthe 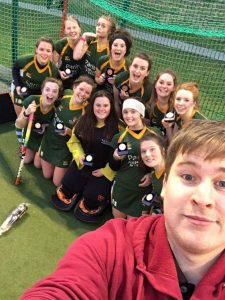 st Bangor have been in the competition to date, with both Men’s and Women’s hockey teams never making it past the semi-finals in the 5th round of the Cup. Ever committed Women’s 1st team coaches Aaron Cobb and Scott Warburton have worked together to provide effective training sessions this season. The core players of the squad have consistently played and trained together for two seasons now, escaping the destructive annual player rotation typical of the university club arrangement. This has been a key part of the team’s success this year along with Beth Kenny’s passionate Captaincy.

This year the team finished 3rd in local league and are hoping to finish 2nd in BUCS league with two games still to play. In previous years this would have been considered a successful season in itself but this yeah the team have broken Bangor records as well by winning the BUCS Northern Conference Cup.

Bangor came out hard, playing with a high tempo from the offset which lead to the first goal from Amy Ward set up by Lily Helme in some fast pace play. An intentional foul on Celina Hackett by a York defender while inside the D gave rise to a penalty flick taken by Beth Kenny, first team captain. Kenny stepped up to the spot and slotted the ball into to the right corner of the goal just above the backboard gifting Bangor a 2-0 lead.

York fought back hard winning penalty corners in succession, one of which was converted by a cunning deflection from a York attacker positioned by the right post. End to end play ensued with some fantastic saves by goalkeeper Heidi Kenny and intelligent defensive play by Bangor. The whistle went for half time with Bangor holding onto a 2-1 lead.

York pulled it back to 2-2 with another penalty corner conversion at the start of the second half. Bangor’s team spent a significant period of the second half with 10 players on the pitch, after the umpire showed green cards meaning a two minute suspension to a number of Bangor players for unnecessary somewhat careless fouls. The game became scrappy as Bangor’s confidence dropped. With encouraging cheers from the supporters, three minutes from the final whistle Amy Ward came through once again by sweeping in another goal, this time set up by Rachel Faragher. The final whistle blew with the score of 3-2 to Bangor, winning the cup and making BUHC history.

The team wanted to thank the supporters for giving up their time to travel away with Bangor on a number of occasions and also to the huge crowd who supported the semi-final game against Leeds Beckett 2nd team at home. They also wanted to give credit to the players who have contributed to the Cup efforts but were unfortunately unavailable on the day of the final.