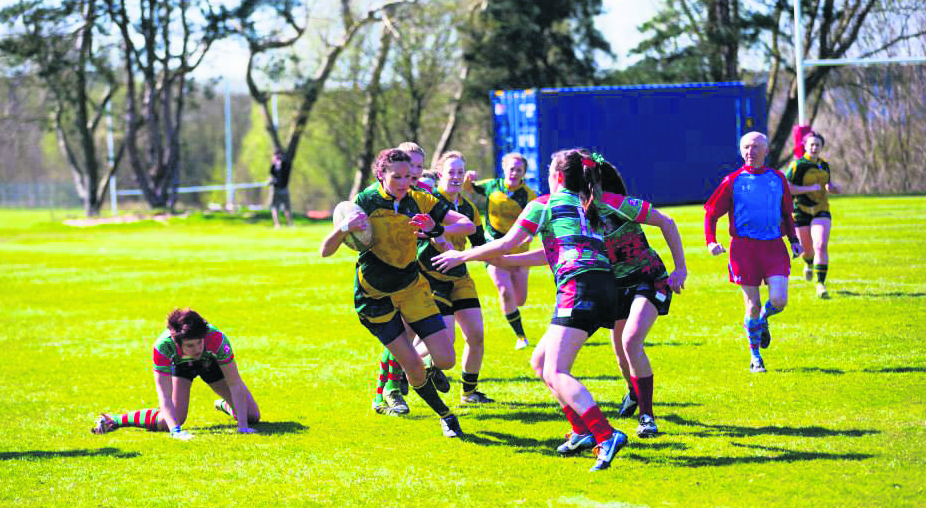 Bangor University Women’s Rugby team were looking to avenge last years 32-0 defeat by a strong Aberystwyth side going into Varsity 2015. Bangor went into the game with a relatively new side, but the team could be confident against an Aber team that hadn’t won away all season.

A slow start to the game saw Bangor struggle to leave their own half as Aber continued to dominate the attack. However, strong defense from the home side combined with sloppy passing from Aber, saw Bangor turn over the ball just metres from their own try line. Unfortunately, Bangor couldn’t keep out Aber, who placed the ball over the whitewash to score the first points of the game just five minutes in. An unconverted kick saw Aber lead 0-5.

After the restart, Bangor managed to dominate possession with some fantastic slow ball work from the forwards. A strong run by the Bangor full-back saw them the close in on Aber’s try line. Despite Bangor’s hard work Aber looked by far the dominant side, as they scored a breakaway try against the run of play to make it 0-10, before scoring again almost immediately after.

Spurred on by the large home crowd, strong attacking plays led by team captain Abi Lee and club captain Harriet Etchells pushed the team close to Aber’s try line. After 15 phases and a show of phenomenal strength Bangor’s second row finally put the ball over the try line for to make the score 5-15.

After half-time Bangor looked a new side, responding strongly defensively to all Aber’s attacks. A try for each team, including a conversion for the home side made the score 12-25.

With Bangor looking by far the dangerous side and a home crowd at Treborth getting louder by the minute, a Bangor substitute scored another try for following a scrum. Following another completed conversion, the score was poised at 19-25 with only five minutes, meaning a converted try but be enough to win the game for Bangor.

An injury to scrum-half and club captain Etchells put Bangor at a disadvantage going into the last few minutes of play.Despite a strong performance, particularly in the second half as they chased the game, Bangor couldn’t cross the whitewash for a final time to snatch the game from Aber, making the final score 19-25.