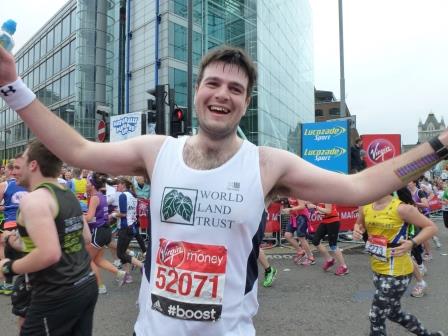 On Sunday, months of training paid off as I ran my first marathon – the Virgin Money London Marathon. In fact, when I signed up for it last summer I hadn’t done any long distance runs before at all. Talk about starting in the deep end! It all started when a conservation charity that I support, World Land Trust, were allocated a place at the Marathon and asked for applications to take it. I entered, stating how much I admired the work they do to protect the rainforests of the world and that I was looking for a physical challenge to persuade me to get in shape. To my astonishment, they picked me! I was both nervous and excited, and had no idea what the next year of training would be like.

It was a challenge. My willpower waned through the winter in terms of keeping to my diet and going out to run in the cold. Even when I got myself dressed, outdoors and moving, I’d often end up walking. On the long runs my thighs would chafe, my feet would blister and my nipples would bleed. I bought new socks, new shorts and lots of lubricant – anything to bring some relief.

Fundraising was an equally tough challenge. I’d pledged to raise £1,500, which seemed like a manageable amount back in summer but it was painfully slow to materialise. The good work of World Land Trust was an incentive to get out there and share the word, as was the promise of a certificate personally signed by their Patron, Sir David Attenborough, who has said that “The money that is given to the World Land Trust, in my estimation, has more effect on the wild world than almost anything I can think of.” Even now, my total is still shy of the target.

In London, however, I did meet my target! I was prepared with a mantra: “You can do this! You are ready for this!” I don’t know how many times I said that the night before, the morning of and all through the race, but it worked. There was a real sense of camaraderie among us charity runners. We weren’t competing against each other but had common foes: the course and ourselves. Whenever I overtook someone who’d burnt out and was walking, I’d try to slap them on the back and shout, “You can do it!” More often than not, they’d shout back, “Thanks!” and actually start running again, while my own feet would feel lighter for a few strides.

The crowd were an enormous help, from offering spirit-lifting highfives to energy-boosting sweets and fruit. Their constant cheers helped carry me on, and I’m sure they were the reason why I didn’t start to walk once during the entire 26.2 miles and in fact kept my pace steady throughout. The last three miles were excruciating, but luckily that’s where the crowd were biggest and loudest. I finally crossed the line with a time of 4:43:41, hand-in-hand – as is the tradition – with a fellow runner.

It was a fantastic day and one that, dare I say, I’d be happy to repeat. In contrast to much in life and academia, it’s also very refreshing and fulfilling to achieve something that required pure grit, where no shortcuts, bluffing or b.s. can help. If only everything could be like that!

Today, I’m still a little bit off my £1,500 fundraising target. I’d be very grateful if you could help me reach it and support the worthwhile work of World Land Trust by going to virginmoneygiving.com/HeddThomas. 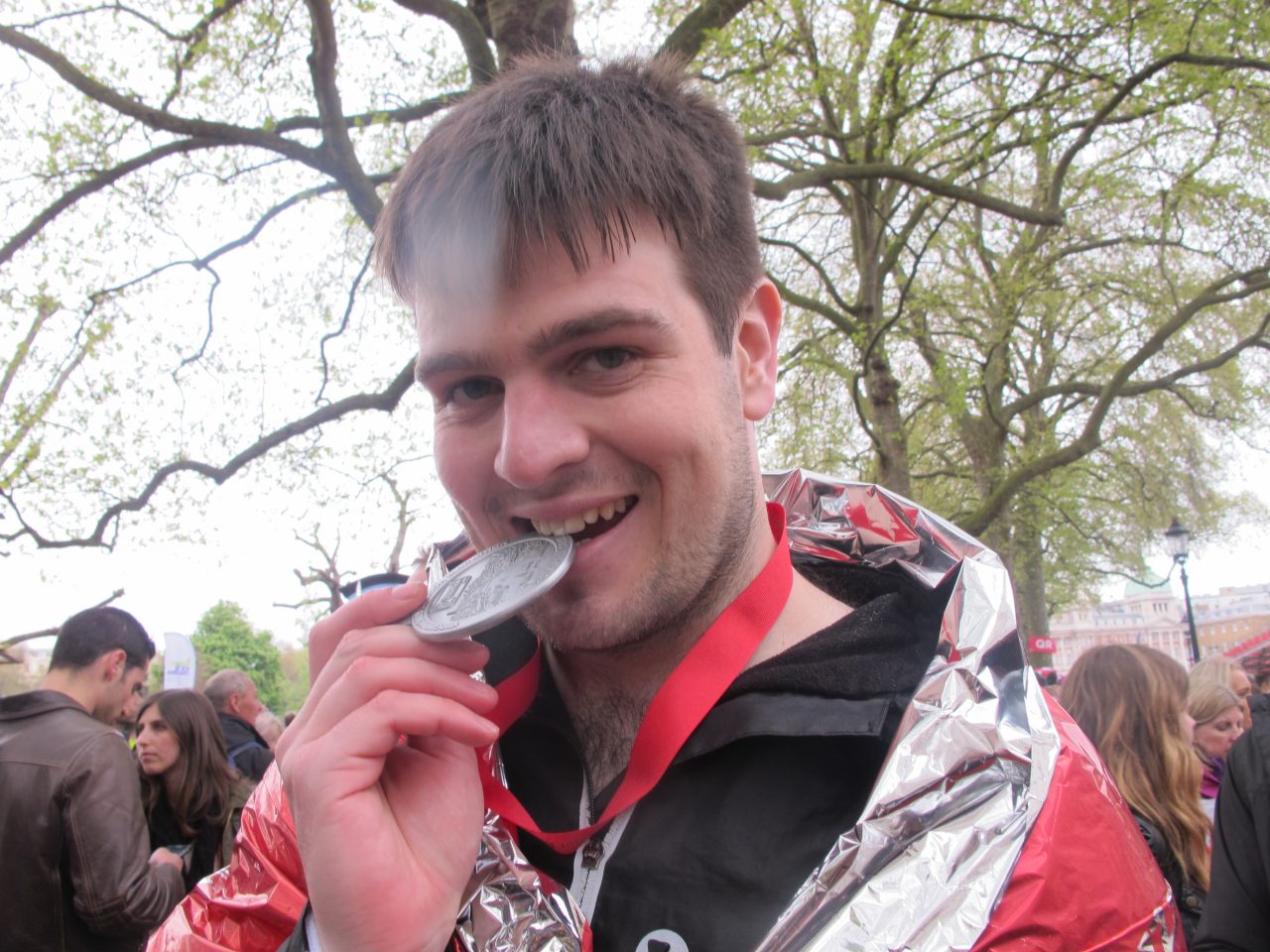