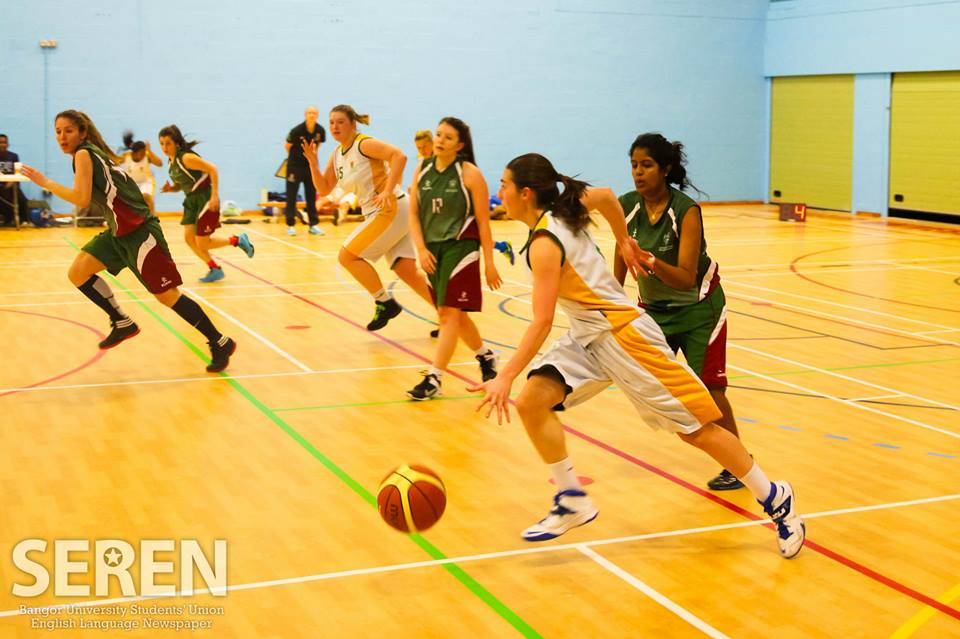 With just one day to go until Varisty 2015, we look at one of our highest performing teams this year, as they aim to finish the season on a high.

Women’s Basketball go into this game high on confidence. Promoted last year to Northern 1A, their aims for the year were to consolidate their position in the league. However, going into the last game of the season they were unbeaten, and up against 2nd placed Newcastle. Unfortunately for the team, they were beaten after an early start and a long trip to Newcastle, meaning they finished 2nd in the league by goal difference and narrowly missed out on promotion to the Northern Premier. Their league position is still the highest of any regular BUCS team from Bangor or Aber going into this weekend, where they face an Aber team that finished 3rd in Western 2B.

Bangor’s home form is perfect, as they go into the game with a 100% home record at Canolfan Brailsford, while Aber have struggled on their travels this season, only winning one away game. Recent form guide is also in Bangor’s favour, having won 4 of their last 5, while Aber have only have one victory in the same number of games.

Even recent Varsity history appears to be on Bangor’s side, with them winning away from home in 2014 by 28 points. Perhaps Aber’s only positive going into the game is that they triumphed in 2013 – but then it was by only 3 points.

Everything points to Bangor’s Women’s Basketball getting a vital point on the board for Bangor and seeing out the year with a 100% home record.