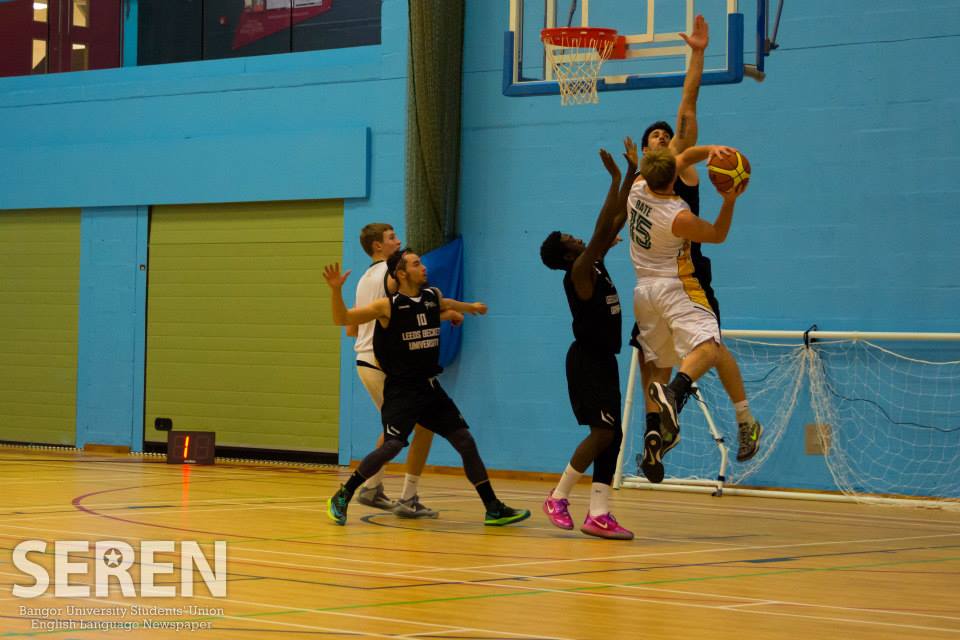 With only a week to go till Varsity 2015, Seren Sport will be looking ahead to the event with a “one to watch” fixture each day.

Our highlighted match today is Men’s Basketball, which looks to be a tight affair, with Aber winning by a single point at the death of Varsity 2014, and Bangor narrowly triumphing in 2o13 by only three points. However, both of those matches were played at Aber, and Bangor’s home form is far superior to their away form, with 2/3 of their wins this season coming from the Canolfan Brailsford court. The team also enjoyed a successful cup run this season, being knocked out by Leeds Beckett in triple-overtime.

Aber Men’s Basketball have faired poorly this season, which has seen them relegated from Western 2B (Bangor finished 5th in Northern 2A, one place above relegation). With only one win all year, and with none in their last five matches, it could be a tough test for an Aber side who have failed to field a team on three occasions this season. However, they triumphed at the most recent Varsity (albeit by a single point), and their only win of the season came on the road.

All the stats suggest that this game will be a tight affair, but Bangor have upped their performance from last year while Aber have struggled. If Bangor can give their large, vocal crowd something to cheer about early on, it could be a tough game for Aber away from home, and for that reason we’re tipping Men’s Basketball to get an early point on the board for Bangor.